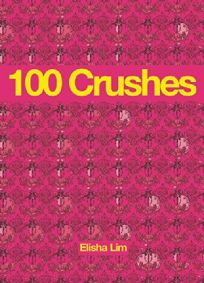 100 Crushes compiles five years of queer comics by Elisha Lim, including excerpts from Sissy, The Illustrated Gentleman, Queer Child in the Eighties, and their cult series 100 Butches, as well as new work. It’s an absorbing documentary that travels through Toronto, Berlin, Singapore, and beyond in the form of interviews, memoirs, and gossip from an international queer vanguard.

Toronto-based artist Elisha Lim’s work celebrates the dignity and power of being neither straight, nor white, nor cis-gendered. In 2011 they also successfully advocated for Canadian gay media to adopt the gender neutral pronoun “they.”

In 100 Crushes, Singaporean-Canadian cartoonist Elisha Lim illustrates their own and others’ experiences of being butch lesbians, self-identified “sissies,” genderqueer, and more.

Rather than traditional sequential panels, 100 Crushes is largely made up of single illustrations accompanied by text.

“Though we might have made lists, few of us could craft descriptions (or drawings) as deft as Lim’s. Lim’s one-page bios of former crushes made those individuals come alive for me, while at the same time raising memories from my own past of people I’d yearned for. Lim focuses their attention on LGBTQ people of color, which makes their collection all the more dear to my heart.” (Source: Lambda Literary)

“Lim makes an ideal record keeper, deftly and diligently representing the words of people who are often unheard and ignored, endeavoring to educate and shed a light on the many facets of these individuals, while questioning and exploring the notions of queer identity. The subjects discuss connotations and meaning, the intersection of race and gender, the shifting perceptions of people around them, the power afforded to fashion choices—humdrum issues taken for granted and easily dismissed. Lim’s sketchy, beautiful portraits take a backseat to the narration to some degree, but this is a vital and vibrant work never feels anything less than personal and human.” (Source: Publishers Weekly)