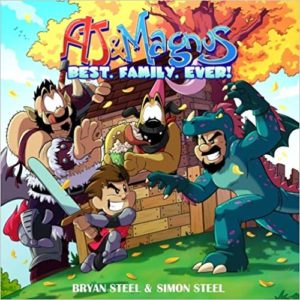 A family comic strip about a boy, his Mastiff best friend, and his two dads.

From: AJ and Magnus

AJ and Magnus occasionally covers challenging topics such as gun violence (not depicted on the page) and ethical consumption. Some strips depict implied homophobia, and one short storyline addresses child abuse and alcoholism.

About a year into the comic, a trans woman supporting character is introduced. A brief storyline features a heteroromantic asexual female character.

“There is some much attention to detail to the backgrounds and even the facial expressions. And it also helps when it is backed by some every clever and hilarious dialogue. I also enjoy some well placed easter eggs and references that some of their comics seem to have. The webcomic does have a very Calvin and Hobbes vibe going on, especially when it revolves around an imaginative, sarcastic, and trouble-making boy and his talking animal friend that only he seems to understand.” (Source: Prose)

Huffington Post: “AJ & Magnus: A Comic for the Rest of Us” 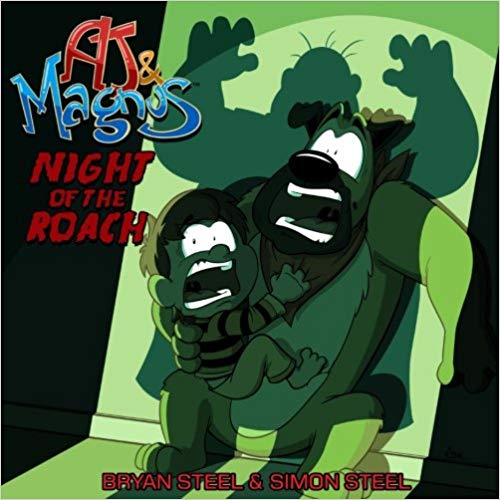 AJ & Magnus: Night of The Roach

A rambunctious boy, his enormous Mastiff best friend, his two dads, and a collection of eccentric friends; you don’t wanna miss this! Join AJ & Magnus on their hilarious adventures through life in this collection of comic strips created by husbands Bryan and Simon Steel. 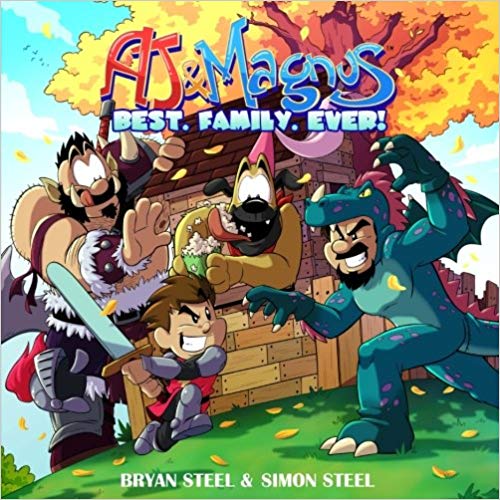 AJ & Magnus are back with more laughs in their second collection, “Best. Family. Ever!” Join them, along with Dad, Pop, Ebony, Loca, and a few new faces that’ll bring a smile to yours! 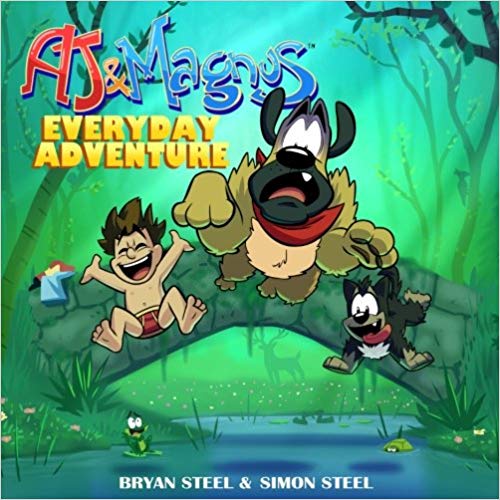 Who’s ready for round three? AJ & Magnus are back in a whole new collection! Familiar faces return, plus newcomers like the troublesome Twix, clueless Ranger Rocco, and the ultimate cosplayer, Aunt Roz! Are you ready for some Everyday Adventure?