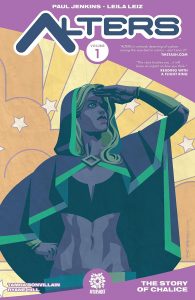 A world where a war between heroes and villains is being fought to a stalemate, with humanity becoming the collateral damage part of the equation…The heroes know they are losing the war. And in the middle of this world-changing conflict, a new threat seems to be emerging: the Alters. They are mutants, possibly – or perhaps they are some kind of ultimate end to our genetic road map. Whatever the case, Alters seem to be emerging all around the country… and they are met with fear, distrust, and prejudice. They manifest new, dangerous powers that emerge without warning.

As the world struggles to accept the emergence of these Alters, a young woman begins her transition from male to female only to find herself also transitioning into a powerful Alter. Faced with persecution by the multi-powered fascist known only as Matter Man, she will face the world as Chalice–a hero for a new age. But as Chalice navigates the path to becoming her true self, she must juggle the complications of her civilian life and the responsibilities of her newfound power.

There is a supporting character with cerebral palsy.

The second volume of this series prominently features a black supporting character.

“[T]he main prerequisite for reading this book is empathy because without it, the narrative has considerably less heft. Likewise, Jenkins seems to have written the book with an empathetic mindset.” (Source: Medium) 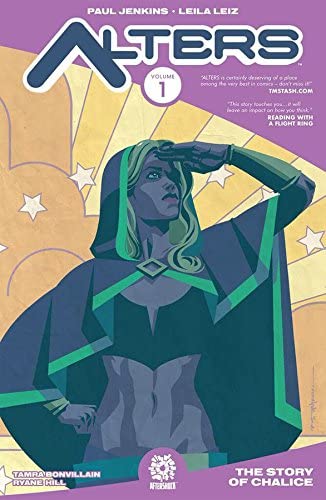 Alters Vol. 1: The Story of Chalice 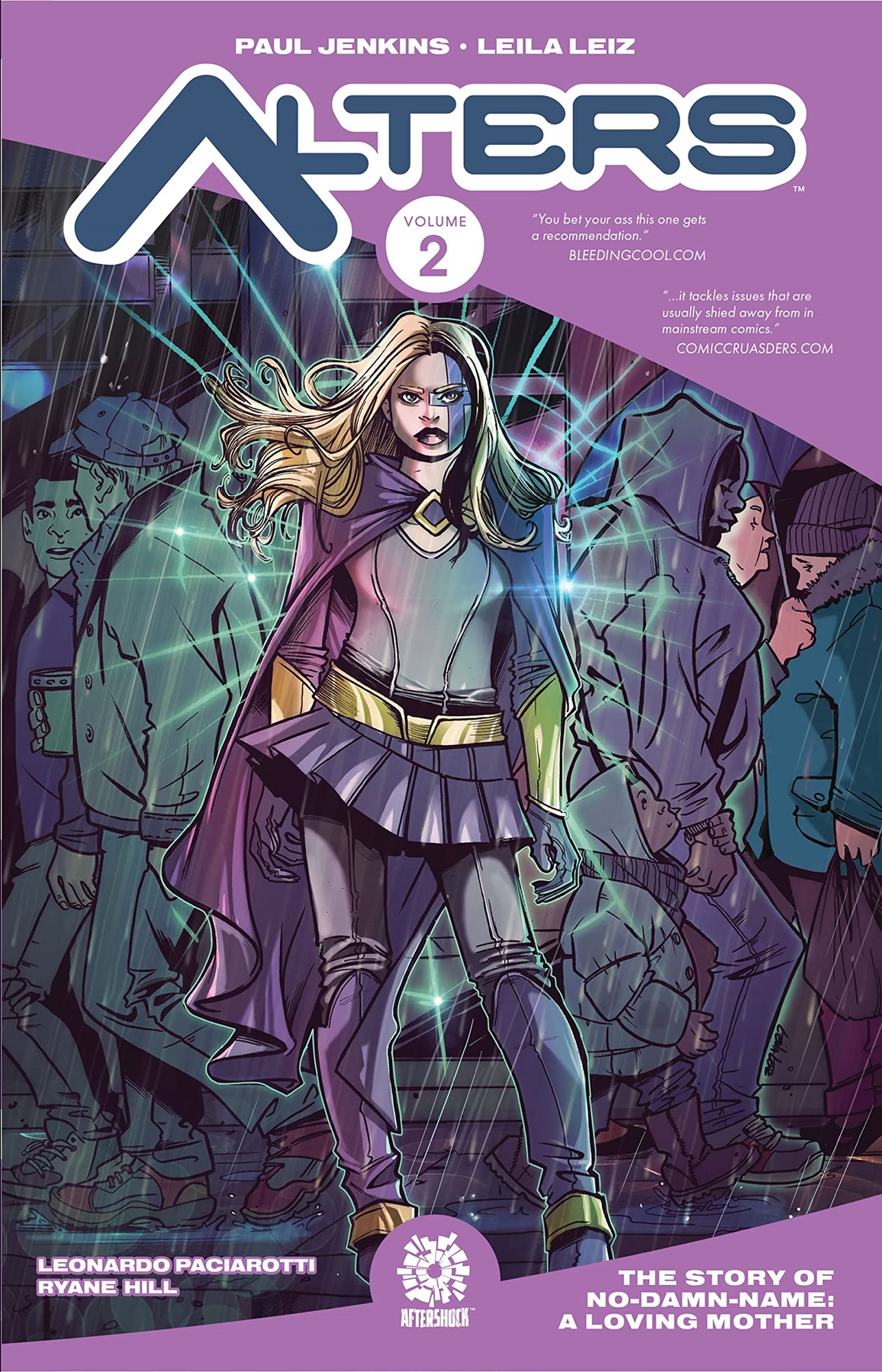 Alters Vol. 2: The Story of No-Damn-Name: A Loving Mother

With her nemesis, Matter Man, finally under control, Chalice begins a new chapter of her life as spokeswoman and primary recruiter for the Gateway Army. Sensing that time is running out on the safety of the world’s newest Alter, Chalice expands her search. But as she closes in, new complications arise: Chalice finds herself juggling impossible responsibilities to her family, her Alters family, and an impoverished, now-homeless family she barely even knows. As past guilts intensify, she must stand fast against the pressure of her new responsibilities, or be consumed.