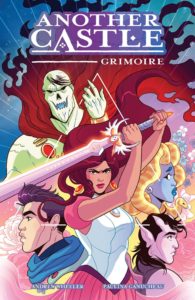 Princess Misty of Beldora longs for a more exciting life, but gets more than she bargained for when she is captured by Lord Badlug, the ruler of the neighboring kingdom of Grimoire. He intends to marry her and conquer Beldora, leading the land into ruin and chaos. Together with the long-suffering citizens of Grimoire and a certain bumbling prince, Misty must fight to protect her kingdom and free both realms from Badlug’s tyrannical rule.

The focal character of this series, Princess Misty, is aromantic, asexual, and Latinx.

There are some depictions of fantasy violence, but it is largely implied rather than shown outright.

Starred review: “Princess Misty of Beldora has no interest in marrying a prince; she wants to live life on her own terms. But the marriage Misty’s father has in mind for her is put on hold when she is captured and taken to the neighboring kingdom of monsters, Grimoire, where she is to marry its immortal ruler, Badlug the Terrible. Going home isn’t an option until she has sought revenge on Badlug for killing her mother, and Misty’s tenacity quickly wins her an eclectic band of allies, including Gorga, a kindhearted gorgon attendant, and Fogmoth, a gay gargoyle whose ex happens to be heir to the throne of Grimoire. Wheeler delivers a feminist fantasy adventure that overturns genre conventions at every opportunity, and his diverse cast of humans and monsters underscores underlying themes about prejudices and unfair assumptions. Sharp-witted banter entertains throughout, but Wheeler also slips in deeper considerations about the authority rulers wield and what true sacrifice looks like. Ganucheau contributes some thrilling and bloody action sequences, and her candy-colored palette, suffused with bright pinks and purples, is an inspired touch, just one more way this story subverts expectations. Ages 13–up.” (Source: Publishers Weekly)

Comicsverse: “Not Your Typical Princess Story: An Interview with ANOTHER CASTLE: GRIMOIRE Creators Andrew Wheeler and Paulina Ganucheau“

1 thought on “Another Castle” 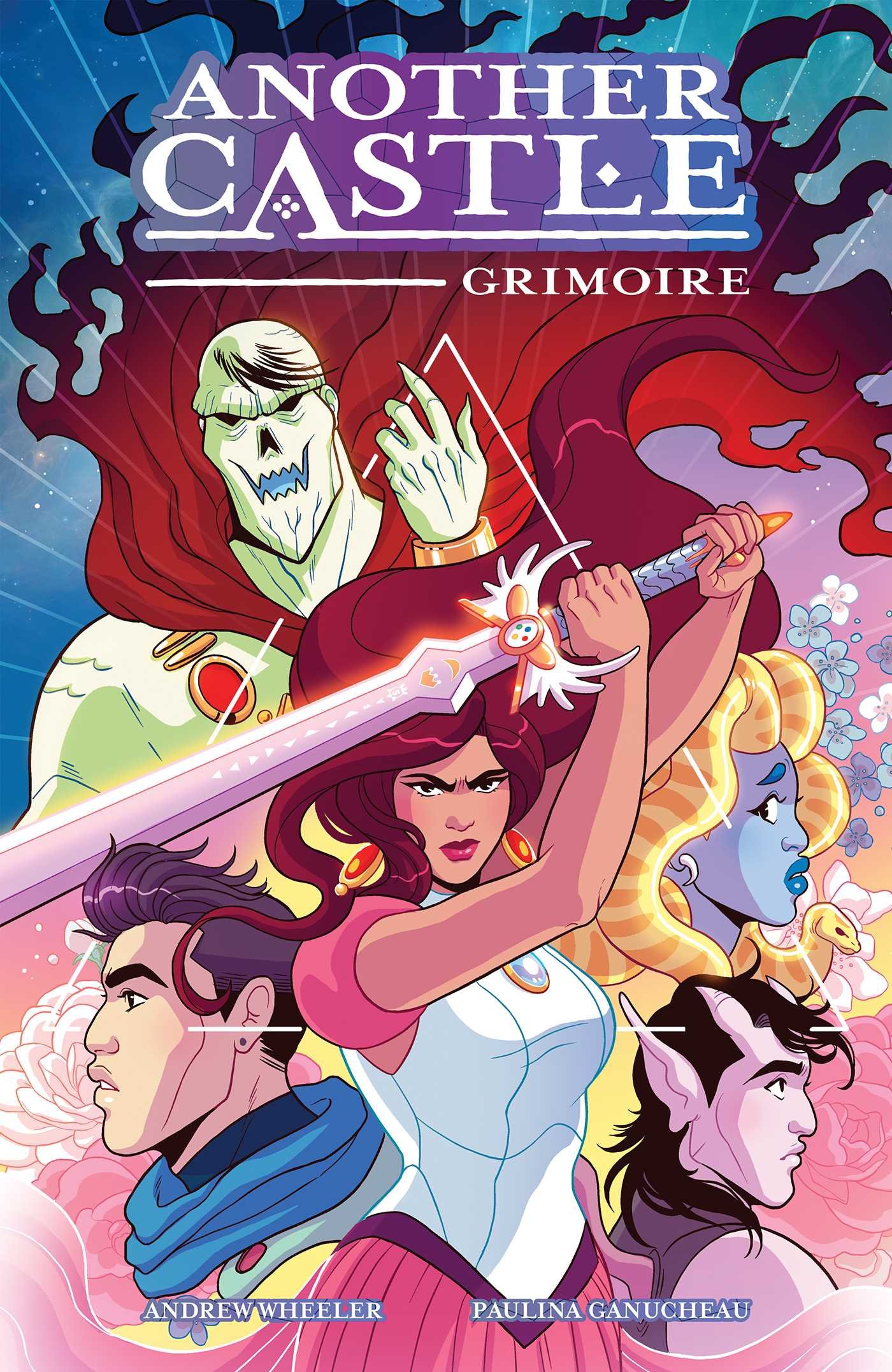