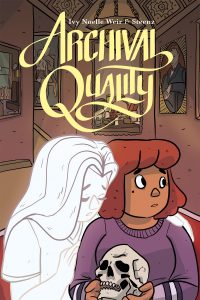 After losing her job at the library, Celeste Walden starts working at the haunting Logan Museum as an archivist. But the job may not be the second chance she was hoping for, and she finds herself confronting her mental health, her relationships, and before long, her grasp on reality as she begins to dream of a young woman she’s never met, but feels strangely drawn to. Especially after she asks Cel for help… As Cel attempts to learn more about the woman, she begins losing time, misplacing things, passing out—the job is becoming dangerous, but she can’t let go of this mysterious woman. Who is she? Why is she so fixated on Cel? And does Cel have the power to save her when she’s still trying to save herself?

This title contains depictions of blood and human remains. It is set in a former asylum and depicts the historical treatment of mental patients.

“Yes, Archival Quality is a ghost story about a young archivist named Cel, who gets haunted by a woman named Celine, who received a lobotomy when the Logan Museum (The setting for the graphic novel.) was a sanatorium in the early 20th century. But it’s also about relationships, mental health, coping with anxiety and depression, and messy human things in general. Ivy Noelle Weir does an excellent job fleshing out her small cast and giving them distinct ways of speaking, passions, life goals, and senses of humor while Steenz turns in some of the most adorable comic book art I have ever laid eyes on.” (Source: Graphic Policy)

“The author, one of the American Library Association’s 2015 Emerging Leaders, reclaims this in Celeste “Cel” Walden, a woman of color fired from her library assistant job due to her multiply diagnosed mental illness. She interviews—and is hired—for an archivist gig at the Logan Museum, an 83-year-old institution housing “one of the largest collections of antique medical photographs, documents, and books,” according to the museum’s exceptionally groovy purple-and-blue–haired librarian, a black woman named Holly Park. With the job comes an apartment that archivists are strongly encouraged to live in due to the overnight hours. The museum also has an aloof, black chief curator named Abayomi Abiola, a history of use as a health facility of many sorts, and a mysterious board of directors…and a ghost connected to the time when the museum served as an asylum for people diagnosed with mental illness. The ghost spurs Celeste to seek justice for her and, in the process—with help from Holly and eventually Abayomi—helps Celeste seek wholeness for herself in terms of her condition. The author and illustrator bring a warm honesty, visually and narrativewise, to the characters, who are mostly people of color, as they navigate the complexities of mental illness, sexuality, love, and social responsibility.” (Source: Kirkus Reviews) 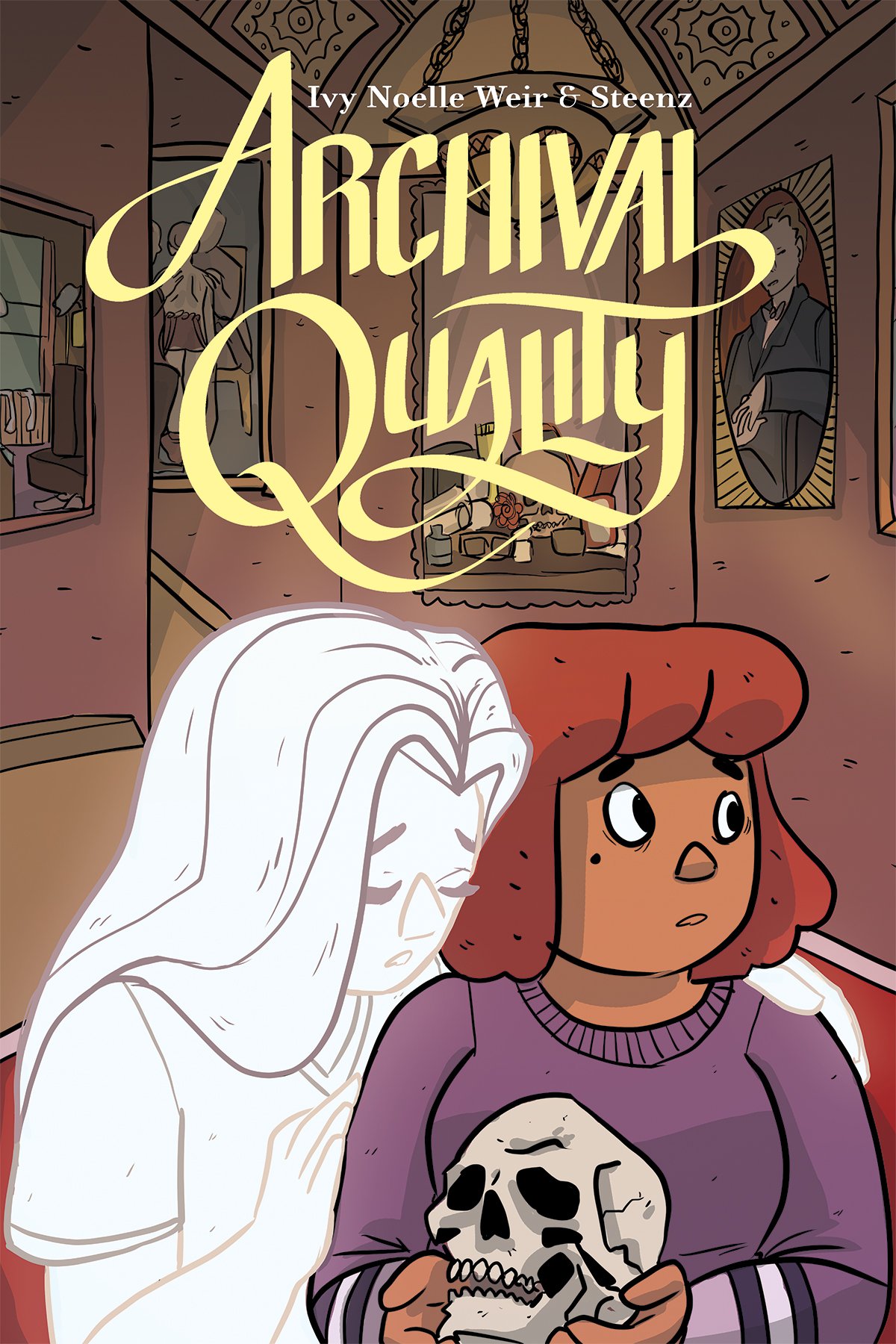