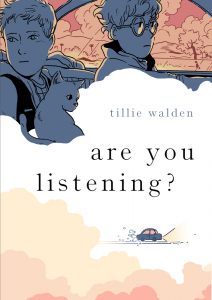 Bea is on the run. And then, she runs into Lou.

This chance encounter sends them on a journey through West Texas, where strange things follow them wherever they go. The landscape morphs into an unsettling world, a mysterious cat joins them, and they are haunted by a group of threatening men. To stay safe, Bea and Lou must trust each other as they are driven to confront buried truths. The two women share their stories of loss and heartbreak—and a startling revelation about sexual assault—culminating in an exquisite example of human connection.

Both main characters self-identify as gay.

This title includes descriptions of ongoing abuse of a child.

“While running away from home, 18-year-old Bea runs into her 27-year-old neighbor, Lou, who is mourning the death of her mother a little over a year earlier. Bea has no method of transportation and Lou has no company on her drive to her grandmother’s house, so they embark on a road trip that becomes very strange once they find a lost cat being chased by shady workers from the Office Of Road Inquiry. With its focus on young queer women in Texas, Are You Listening? feels like a follow-up to Spinning, even though it’s not overtly autobiographical and embraces magical realism. When Lou talks about the intense productivity of her early 20s and how that changed the satisfaction she got from the activity she loved, it’s easy to interpret this as Walden expressing her own concerns about her relationship to her art as she becomes more and more prolific.” (Source: AV Club)

“Everywhere in Are You Listening?, details seem to manifest and disintegrate according to the characters’ states of mind. It’s not just a neat effect; it’s an expression of Walden’s theme. She kicks off the book with a quote from Adrienne Rich: “All maps are fiction/All travelers come to separate frontiers.” For Walden, that seems to mean that we all create our own roads to some extent. In her tale of two ordinary women and one magical cat adrift in West Texas, she shows what one such act of creation might look like. Turns out it’s both simpler than you’d think, and more intricate than you can imagine.” (Source: NPR)

“Running from her home in small-town Texas, 18-year-old Bea meets Lou, who is taking a road trip to escape her grief after losing her mother. A short lift turns into a longer journey when they find a lost cat and decide to return it to its home. As they search the empty miles of Texas for a town that may not exist, the road takes them to increasingly strange places, and menacing strangers begin following them on a hunt for the cat. And as the two gradually grow to trust one another, Bea conveys her reason for running away: sexual assault by a family member. This latest by Walden (On a Sunbeam) uses heavily detailed illustrations and luminous, startling color to depict both surreal landscapes and subtle expressions, imbuing the story with equal parts paranoid tension and quiet wonder. The tale’s fantastic elements are a mixed success; some moments feel effectively executed (a claustrophobically cluttered gas station, roads and bridges that contort in impossible ways), while others feel awkwardly made to fit (menacing but extraneous villains, the cat’s hidden powers). Ultimately, the volume is most successful as a nuanced portrayal of the connection between Bea and Lou, nearly a decade apart in age but young and gay and navigating trauma and loss in rural Texas. Ages 14–up.” (Source: Publishers Weekly) 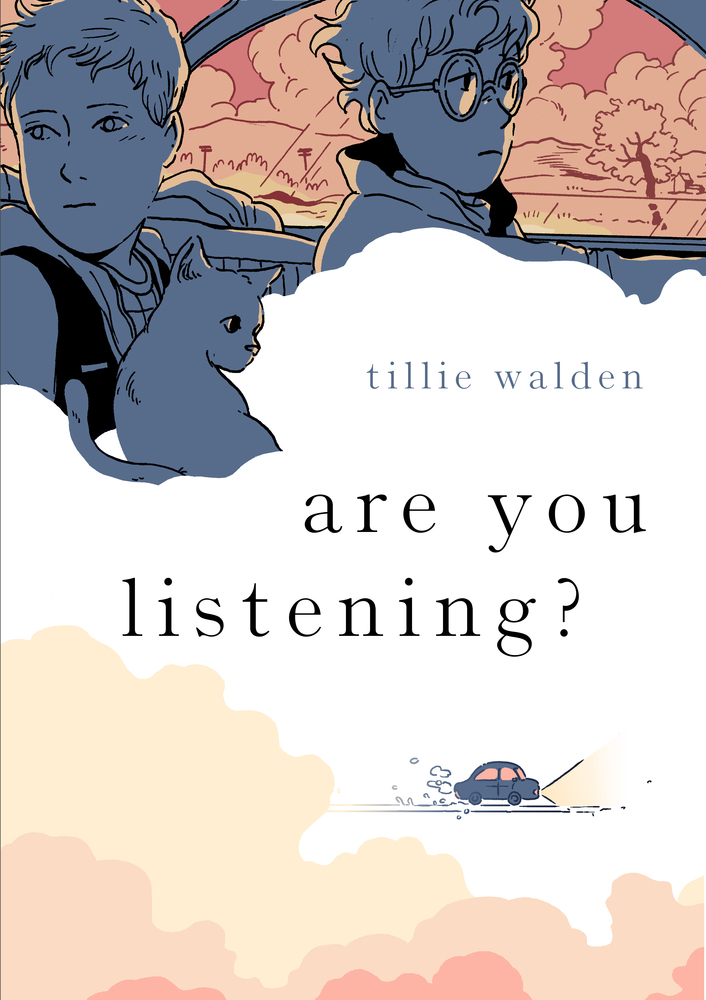