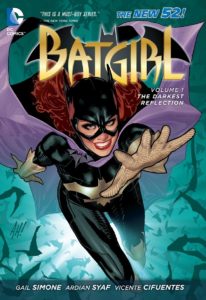 As a part of the acclaimed DC Comics–The New 52 event of September 2011, Barbara Gordon is finally back as Batgirl!

Alysia Yeoh, Batgirl’s roommate, is one of the highest profile trans characters in mainstream comics.

“As ever, the book’s greatest strength is in Barbara Gordon’s characterization. With the full weight of her rogues gallery (brought together by the persistent Knightfall) bearing down on her, the physical threats she faces are the least of her worries. The Gordon family drama has reached Shakespearean heights, and after a reluctant alliance between the Commissioner and Batgirl to take down Knightfall’s hired goons, their father-daughter relationship is more tortured than ever. As Babs pulls off her cowl, the force of her father’s rejection — even if it is without the knowledge that the girl beneath is his own child — keenly pierces the heart. Somewhat less successful was the interaction between Knightfall and the resurfaced James Jr. The former has been underutilized for some time and the latter is beginning to feel like a sociopathic bad penny.” (Source: IGN)

“Gail Simone has returned Barbara Gordon to the cowl, after a miraculous end to her paralysis at the hands of the Joker — though the post-traumatic stress lingers.” (Source: New York Times) 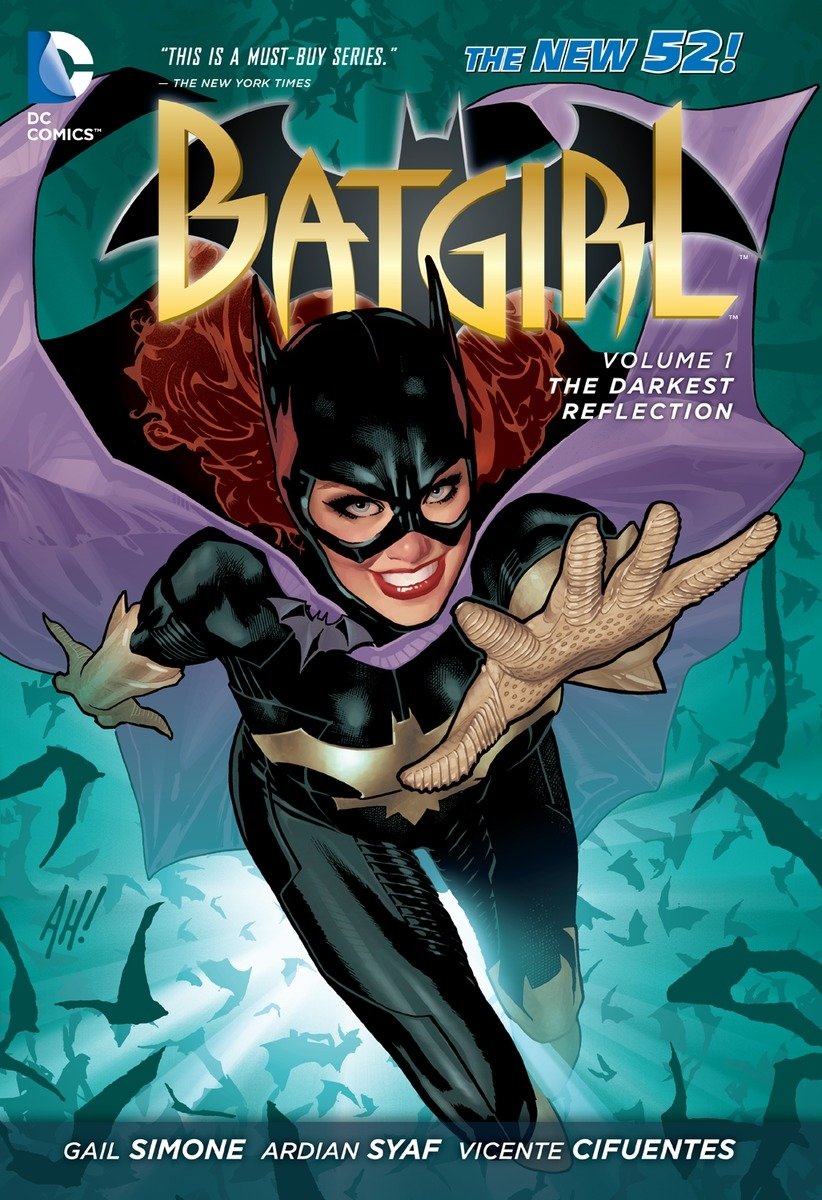 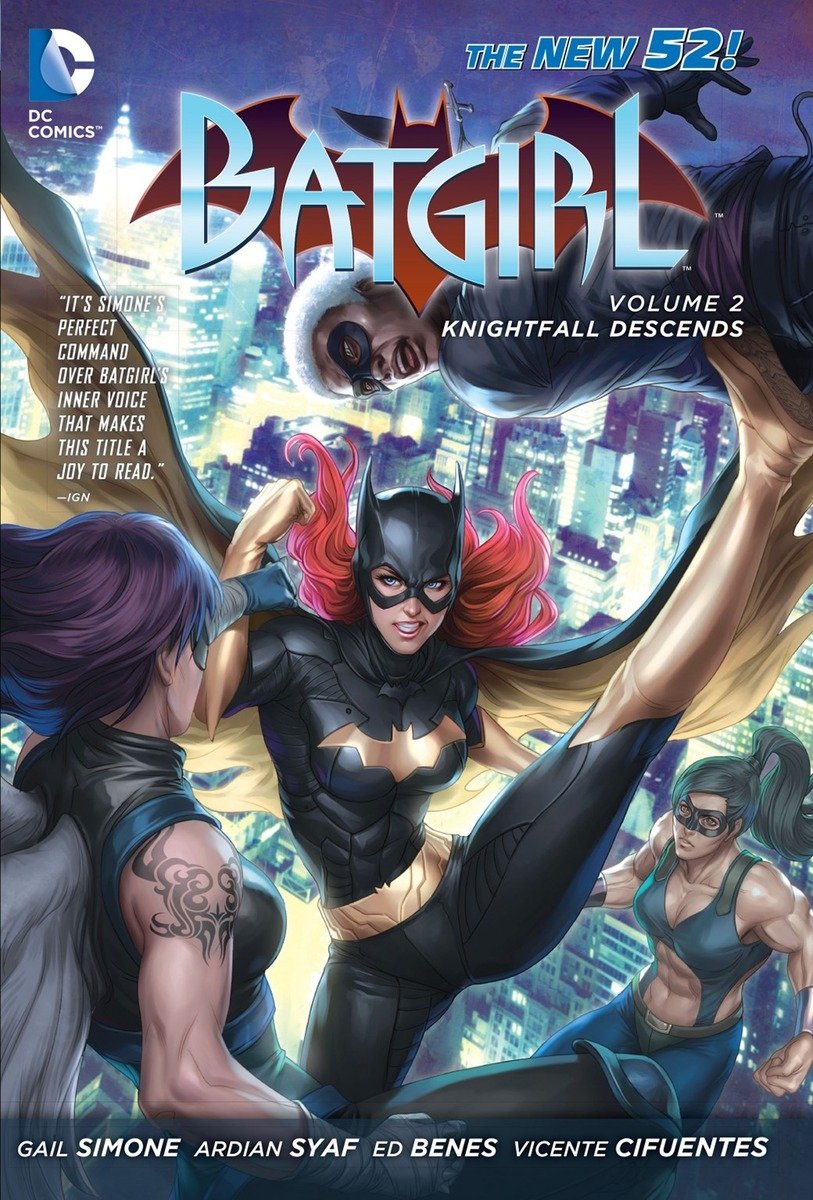 Back in her role as Batgirl, Barbara Gordon faces the deadly new gentleman killer Grotesque, who stalks the streets of Gotham City. Plus: The Court of Owls sets its sights on Commissioner Gordon; and an innocent woman sentenced to Arkham Asylum emerges more dangerous than the inmates she was locked up with! Collects BATGIRL #7-13 and 0. 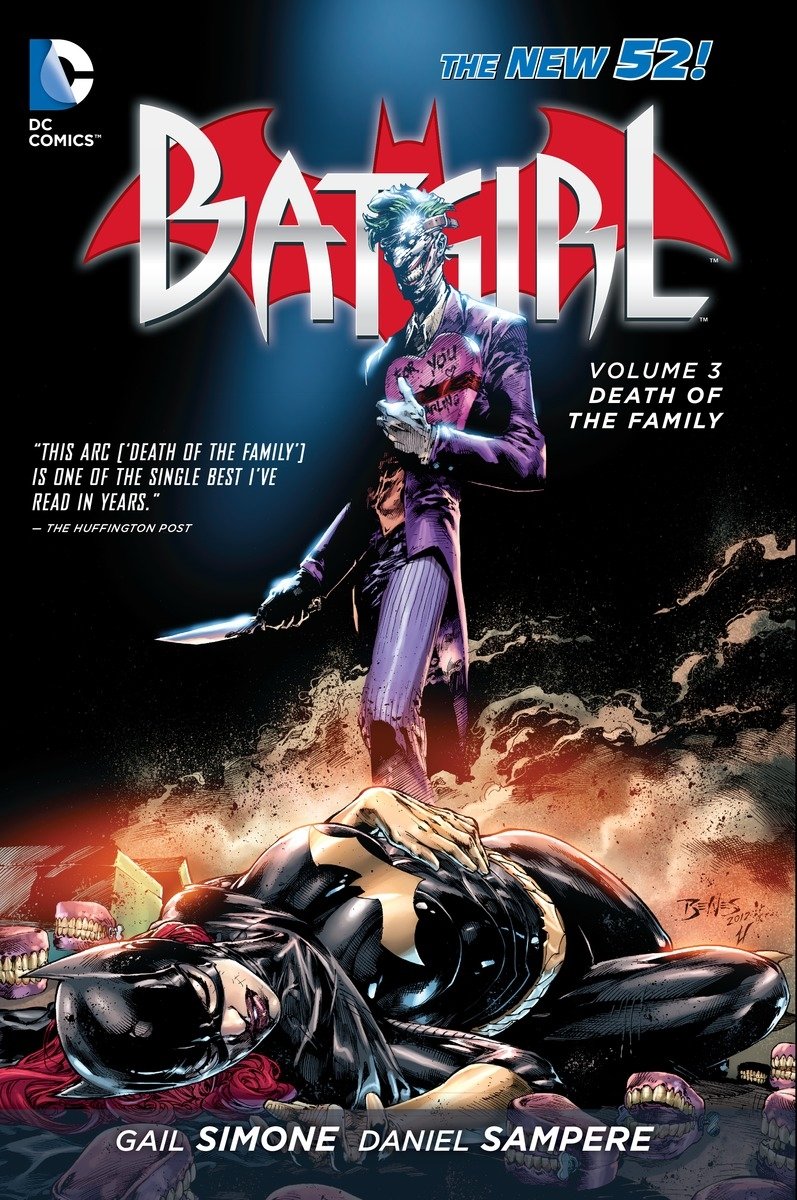 Batgirl, Vol. 3: Death of the Family

Batgirl stars in these epics from #14-19 of her monthly series, plus BATMAN #17, BATGIRL ANNUAL #1 and a story from YOUNG ROMANCE #1, all spinning out of “Death of the Family.” The Joker is back, and Barbara Gordon must confront her past as she deals with the crazed criminal responsible for crippling her. Plus, once the dust settles, Barbara must deal with her family demons as her psychotic brother James Jr. comes after her. 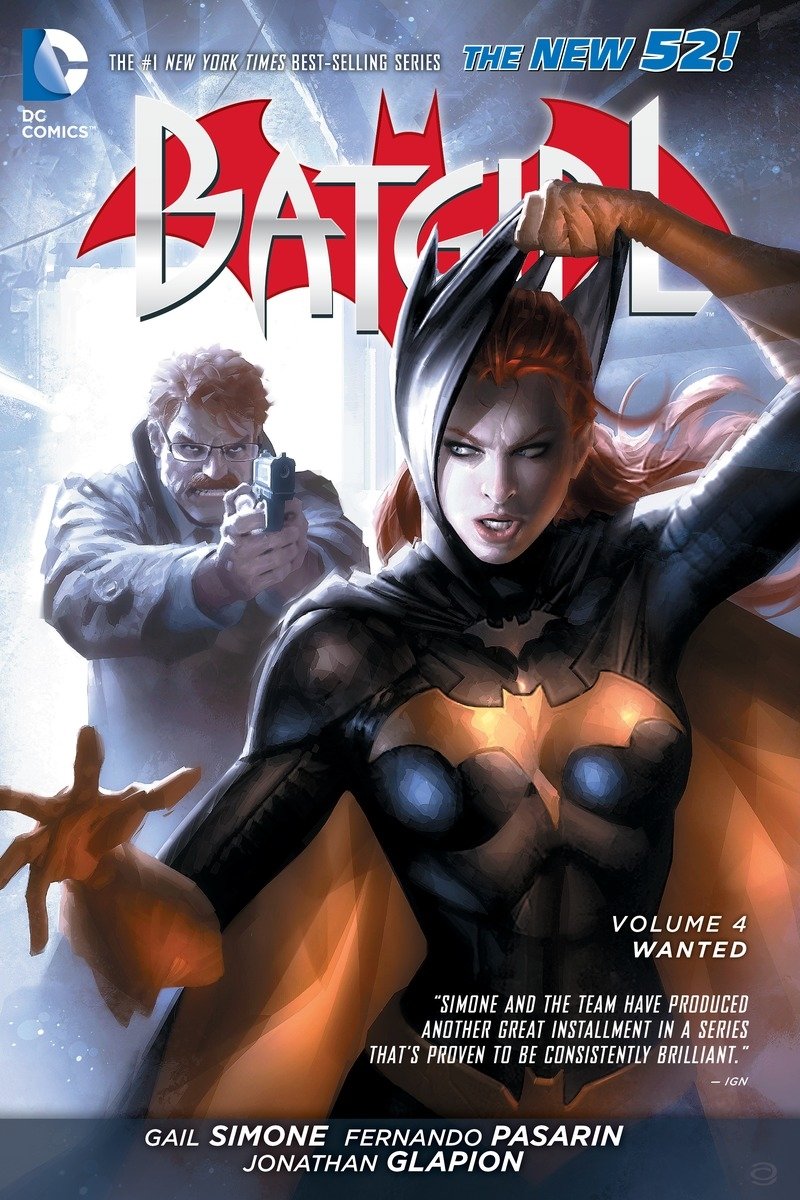 In these tales from BATGIRL #19-25 and BATMAN: THE DARK KNIGHT #23.1: VENTRILOQUIST and Batgirl struggles to continue fighting crime after the death of her brother, James, Jr. With her relationships with both Batman and her father strained, Batgirl must face one of Batman’s most ruthless villains: The Ventriloquist. 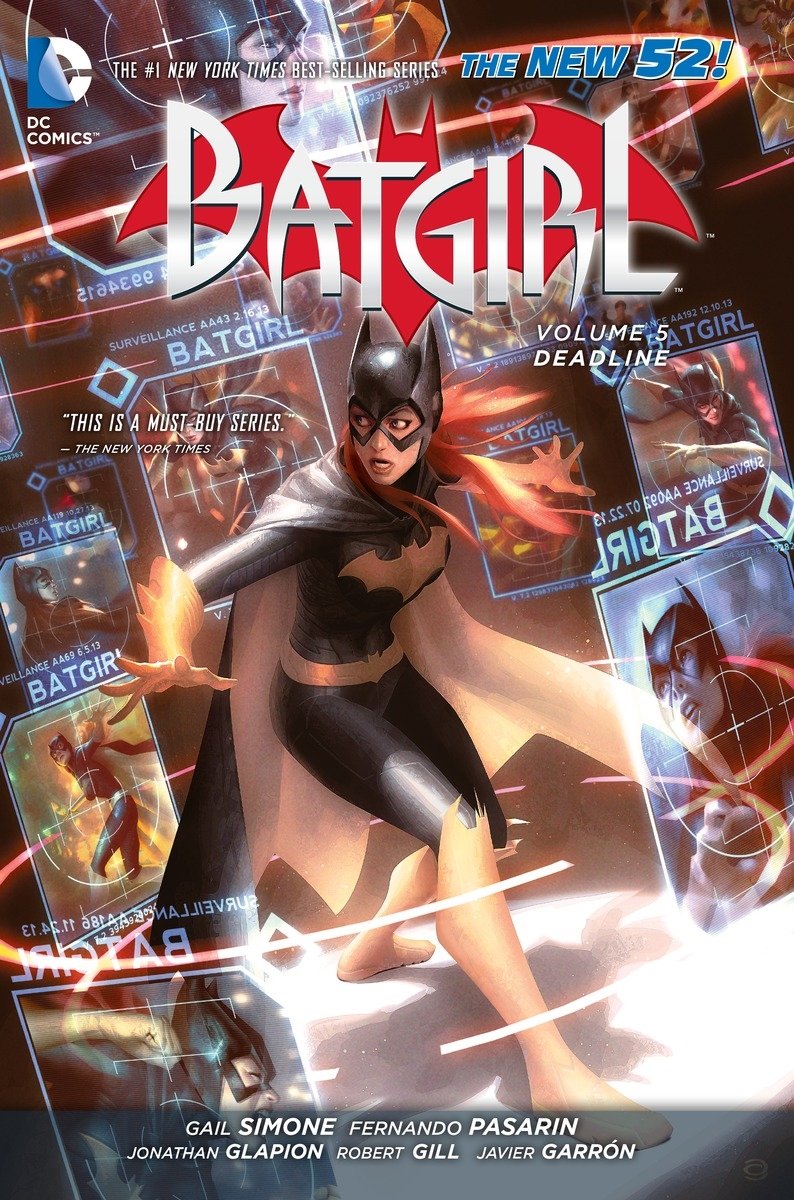 It’s a hazardous reunion between Batgirl and the former Court of Owls assassin Strix as they face off against the lethal new threat known as Silver – the man who knows the secret of Gotham City’s conspiracy of bats! Collects BATGIRL #27-34 and ANNUAL #2.