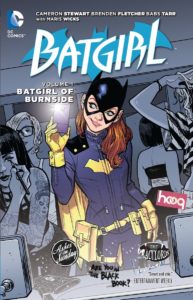 Barbara Gordon is no stranger to dusting herself off when disaster strikes, so when a fire destroys everything she owns, she spots the opportunity for a new lease on life – and seizes it! Following the rest of Gotham City’s young adults to the hip border district of Burnside, Barbara sets about building an all-new Batgirl…and discovers new threats preying on her peers!

Batgirl #37 generated controversy at the time of its release for what some felt was transphobia on behalf the creators. They have since apologized, and the version of the issue collected in trade paperback revises the comments made by the character of Batgirl.

“After years on the sideline, original Batgirl Barbara Gordon once again puts on the cowl to patrol the outskirts of Gotham. Fletcher and Stewart quickly take the character in a new direction, not just with an overhauled, more comfortable costume but with a completely different attitude, as Barbara, formerly bookish and serious, becomes more relaxed and eccentric. This new personality seamlessly spills into her superhero alter ego, in a sense returning to the kitschy 1960s-era Batman. Though the individual stories occasionally fall short, as a whole, they’re connected into a well-crafted arc with a solid footing for expansion. Playing in the background is a running commentary on the current explosion of social media, embracing its potential while criticizing its overabundance, which updates the character and further complements the modern atmosphere. Similarly, the bold artwork and bright palette take the character out of the shadows. Batgirl has returned to the role she was always intended to have, a strong and relatable female superhero. Purists might disagree, but Batgirl has never fit that role better than now.”(Source: The Booklist, Vol.111(22), p.47)

“A legendary heroine goes to trendy new places in this upbeat volume. After years of painful recovery from the gunshot that severed her spine, Barbara Gordon has a new home, a new costume, and a new attitude. Burnside, Gotham’s hippest hamlet, has welcomed her with open arms and a tempest of hashtags—this Batgirl is as much a viral star as she is superhero. Her villains are similarly current: a pair of murderous anime cosplayers, and a buzz-hungry artist. Tarr’s art brings new life to an old character, transforming bleak Gotham into a fantasy of young professional life—it’s a bold, stylish, and tremendously fun debut. Writers Fletcher (Gotham Academy) and Stewart (Sin Titulo) settle into a cheery groove, though the stories rely a little too heavily on gimmicks without digging into the deep bench of supporting cast. But overall it’s a charming romp and a wonderful setup for future adventure. ” (Source: Publishers Weekly) 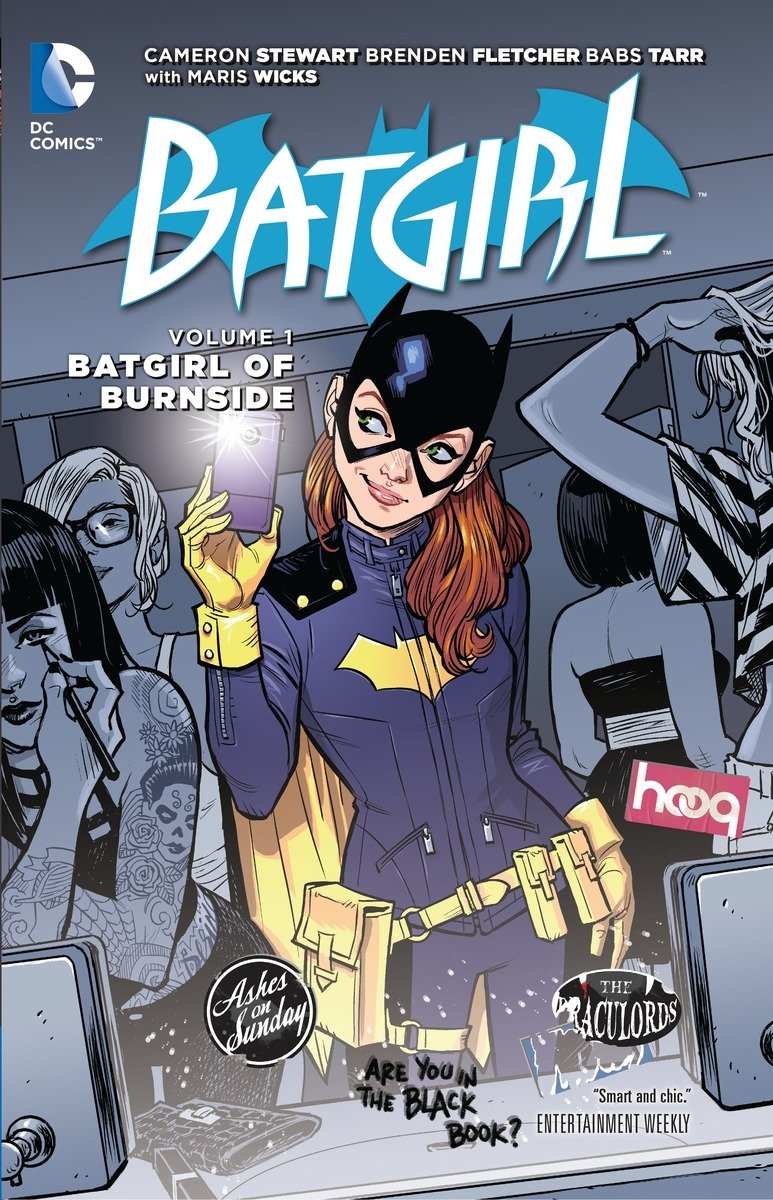 As the new hero of Burnside, Batgirl gets started by facing twin sister assassins on motorcycles! Collects BATGIRL #35-40. 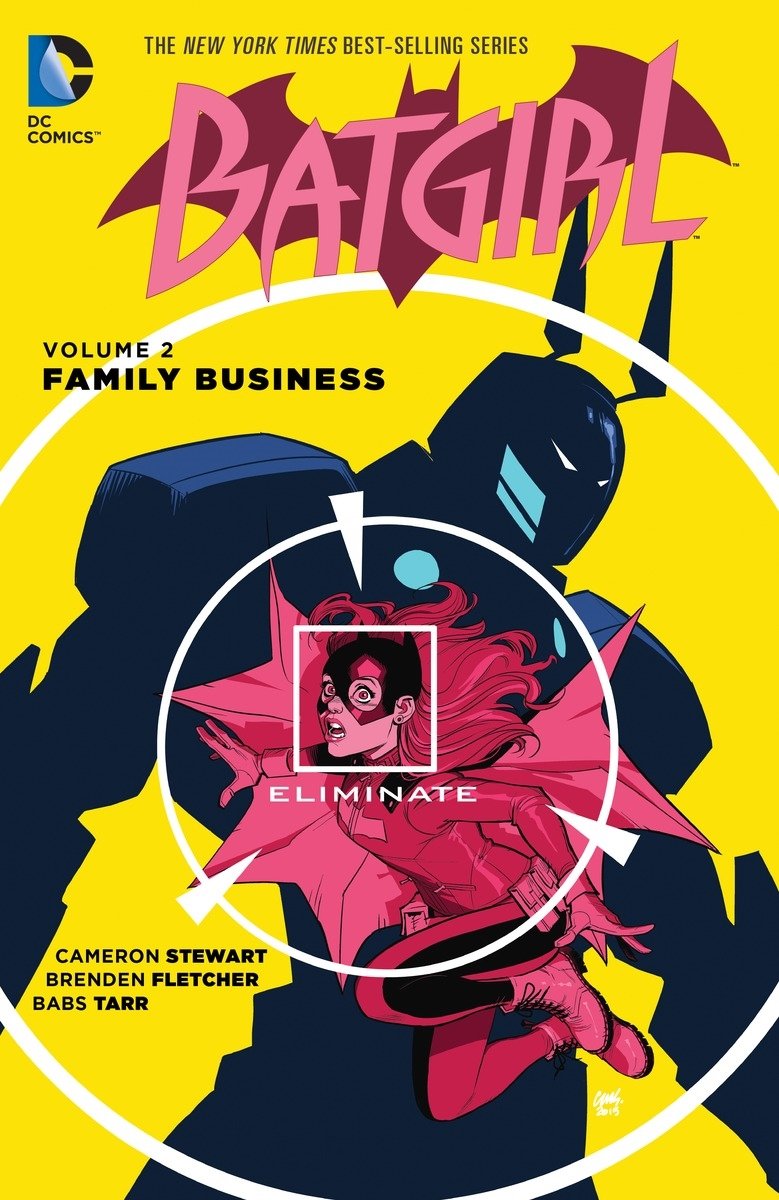 There’s a new Batman in town—and that’s bad news for Barbara Gordon! She’s already got enough upheaval in her life, with her roommate Frankie now in on her biggest secret. And what happens when Livewire joins the fight with the intention of taking out both Batgirl and the mysterious new Batman? It’s all here, from the pages of BATGIRL #41-45, ANNUAL #3, and the Sneak Peek story from CONVERGENCE: INFINITY INC. #2. 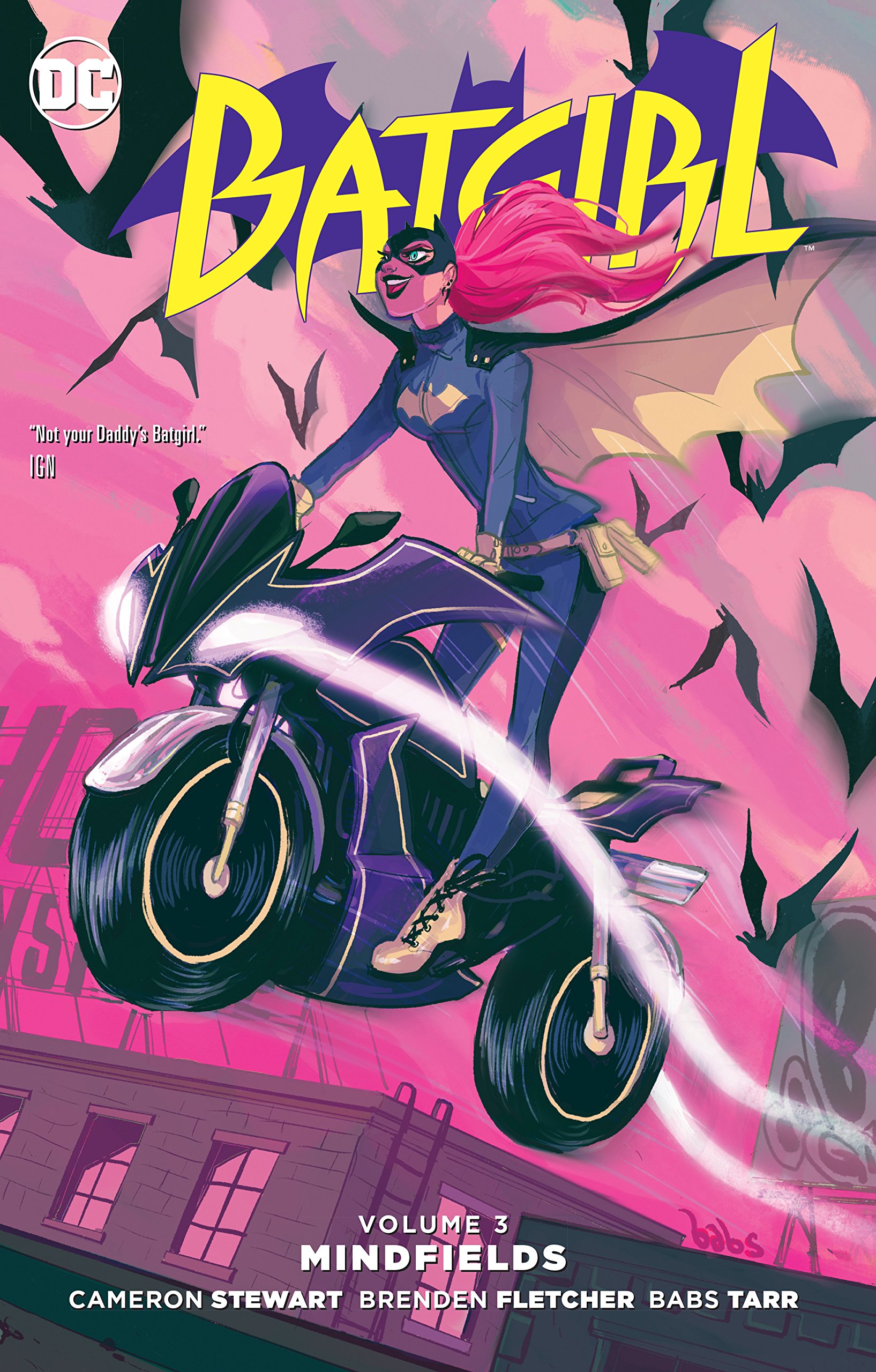 Batgirl’s about to lose the greatest weapon in her arsenal…because her mind is failing her! Are her ragtag group of allies ready to pick up the slack? And while Batgirl is down, it’s Black Canary to the rescue to discover the identity of a malevolent mastermind menacing Burnside! Don’t miss these stories from BATGIRL #46-52.