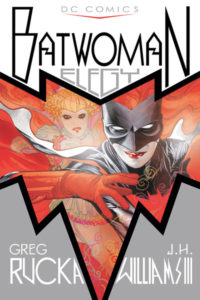 Batwoman: Elegy explores the origins of the masked crimefighter known only as Batwoman. We learn that behind the mask, she is Kate Kane, cousin of Bruce Wayne and Gotham socialite, who was forced to leave the military when her commanding officer learned that she is a lesbian. Batwoman fights to protect the people of Gotham from the mysterious Alice, who threatens to unleash a cloud of poisonous gas over the city.

This is the first story to focus on Batwoman (Kate Kane). She would go on to headline two eponymous series: Batwoman (2012) and Batwoman (2017).

Starred review: “There are a number of reasons why this story arc, which appeared last year in Detective Comics following Batman’s (for now anyway) death, is a departure from more traditional caped-crusader fare. For starters, Batwoman (aka Kate Kane) is the most prominent gay character in DC’s universe, and she kicks ass with combat boots not stilettos (though her suit is still painted on).This volume deftly blends the story of her origin as a superhero with a dark thriller that pits her against Gotham’s newest resident crazy, the High Madame of the Religion of Crime. In flashbacks, Kane get kicked out of the military for standing tall at the conflicting crossroads of ‘Don’t ask, don’t tell’ and the West Point Honor Code that says ‘A cadet will not lie, cheat, steal, or tolerate those who do’ In the present thread, she locks horns with the gothy villain Alice, who speaks entirely in quotations from Lewis Carroll. All this makes for a nuanced, literary, and culturally charged story, but the real knockout element is Williams’ art nouveau-inspired compositions. The consistently arresting layouts and twirling line work cross the design sensibility of Alphonse Mucha with Gotham City’s special blend of midnight grittiness. Rucka and Williams have crafted a superhero comic that is ambitious and unique in its approach, and it deserves to be read and then read again to appreciate the fullness of its smart storytelling and even more impressive artistry.” (Source: Booklist, August 1, 2010, Vol.106(22), p.37(1))

Starred review: “On the surface, this is a fairly straightforward superhero thriller, in which the new (lesbian, tattooed, Jewish) Batwoman tussles with a crime-worshipping cult that’s trying to poison Gotham City, and discovers how her personal history is entwined with that of their leader, a pale, murderous Lewis Carroll–quoting porcelain goth. In practice, it’s spectacular—the kind of adventure story that you race through the first time and return to, to pore over slowly. The obvious attraction is Williams and colorist Dave Stewart’s artwork, whose mutable style and wildly inventive layouts get across the story’s twisted chronology and psychological subtleties all by themselves. Almost every page is some kind of visual set piece with symbolic resonance, and the big action scenes are as thrilling as superhero comics get. The second half of the book, ‘Go,’ is Batwoman’s origin story and the history of her relationship with her father; Williams actually adopts different visual aesthetics for different types of flashbacks within it, including a clever pastiche of David Mazzucchelli’s Batman: Year One. Rucka’s writing also deepens on closer examination, mostly because his Batwoman, Kate Kane, is a superhero like no other: don’t-ask/don’t-tell’ed out of the Marines, she treats her spandex-and-Kevlar work as a kind of military service that gives her life meaning.” (Source: Publishers Weekly)

“This is one of the greatest queer comics of all time. It gives a great introduction to the iconic lesbian, Jewish, goth superhero, Batwoman and it has simply stunningly beautiful paintings done by Williams III. If you like goth music or horror movies or lesbians, you’ll fall for this comic. Probably also if you shopped a lot at hot topic as a teen you’ll like it.” (Source: Autostraddle)

“When it came out, Don’t Ask, Don’t Tell was still around, and this was one of the most modern origin stories that you’ve had: The villains in Batwoman’s origin aren’t some killer in an alleyway; it’s a society that won’t let her be who she is. Batwoman is on this list for treating her like a person, for imbuing this type of totemic origin story when it comes to the Batman origin stories with a truly topical and toothy bent that I think is amazing. And Batwoman is a lesbian, but it wasn’t about butching her up. It’s about just telling a story about one person with depth and realism. They utterly respected the character and her problems in a way that shows that they were not taking their responsibility lightly in creating this character.” (Source: Vulture) 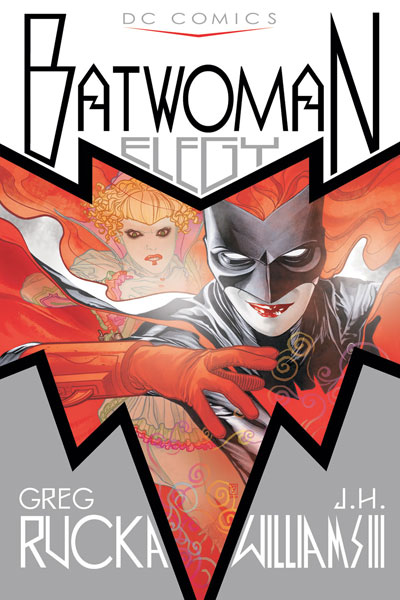 In these tales from DETECTIVE COMICS #854-860, now available in trade paperback, Batwoman battles a madwoman known only as Alice, inspired by Alice in Wonderland, who sees her life as a fairy tale and everyone around her as expendable extras! Batwoman must stop Alice from unleashing a toxic death cloud over all of Gotham City — but Alice has more up her sleeve than just poison, and Batwoman’s life will never be the same again. 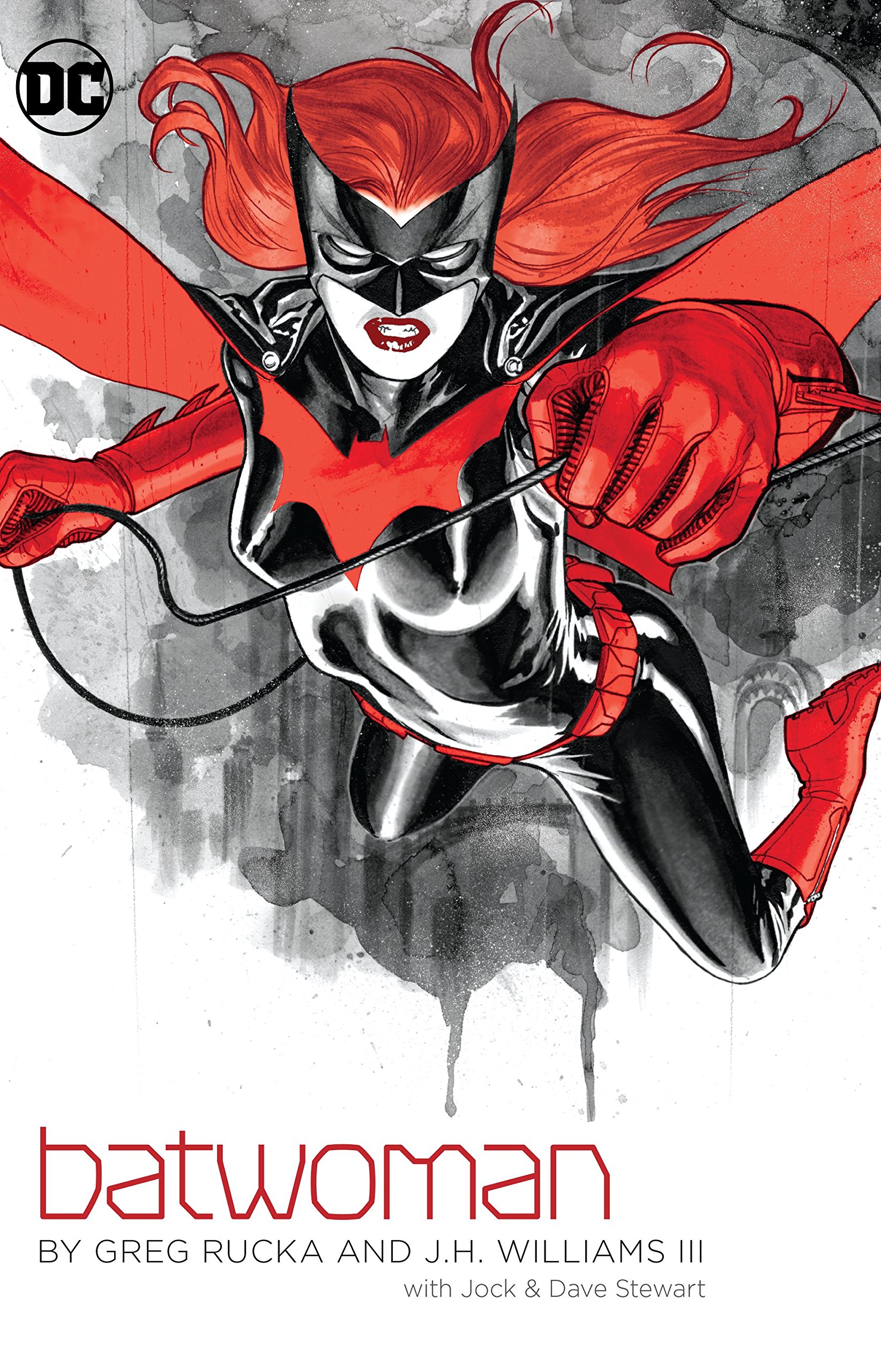