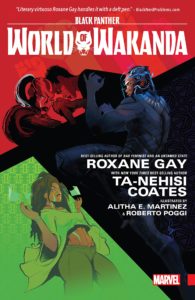 You know them as the Midnight Angels, the breakout characters from Ta-Nehisi Coates’ best-selling Black Panther. But before they became rebel leaders, they were just Ayo and Aneka — young women recruited into the Dora Milaje, an elite task force trained to protect Wakanda’s crown. But what if their burgeoning love for each other interferes with that oath? And when the crown fails to protect Wakanda’s people, are Ayo and Aneka ready to step up — even at the cost of their own lives? Roxane gay, best-selling author of Bad Feminist and An Untamed State, teams up with MacArthur Fellow Coates to tell a love story as tender as it is brutal.

World of Wakanda is a prequel to Black Panther (2016) and is a collection of three stories. This entry is for the main story, “Dawn of the Midnight Angels,” as the other two stories feature different creative teams and no queer characters.

“Gay and artist Alitha E. Martinez build specifically on the world of the Dora Milaje, the all-female group of personal body guards that the Wakandan royal family relies on. Gay is entirely new to comics, but Martinez has been drawing covers and contributing to a couple of books here and there, and they dive in with confidence with a strong story. It doesn’t hurt that they’re telling the start of the love story that has captured so much attention in Black Panther. It reads a little bit like fan-fiction in the best possible way, a meet-cute that’s not so cute and resistance to the inevitable that adds layers and nuance to characters who were already interesting to begin with.” (Source: A.V. Club)

“In addition to being a pleasurable read, both visually and verbally, World of Wakanda is important to comics and is important to me because of its representation of queer love that challenges compulsory heterosexuality and fierce black women warriors who refuse to follow blindly those in power (i.e. Black Panther) who are willing to risk the most vulnerable in the nation for the sake of ‘the greater good.’ … Despite its brief run, World of Wakanda is compellingly written, beautifully illustrated, and altogether needed, missing, and missed in comics.” (Source: Women Write About Comics) 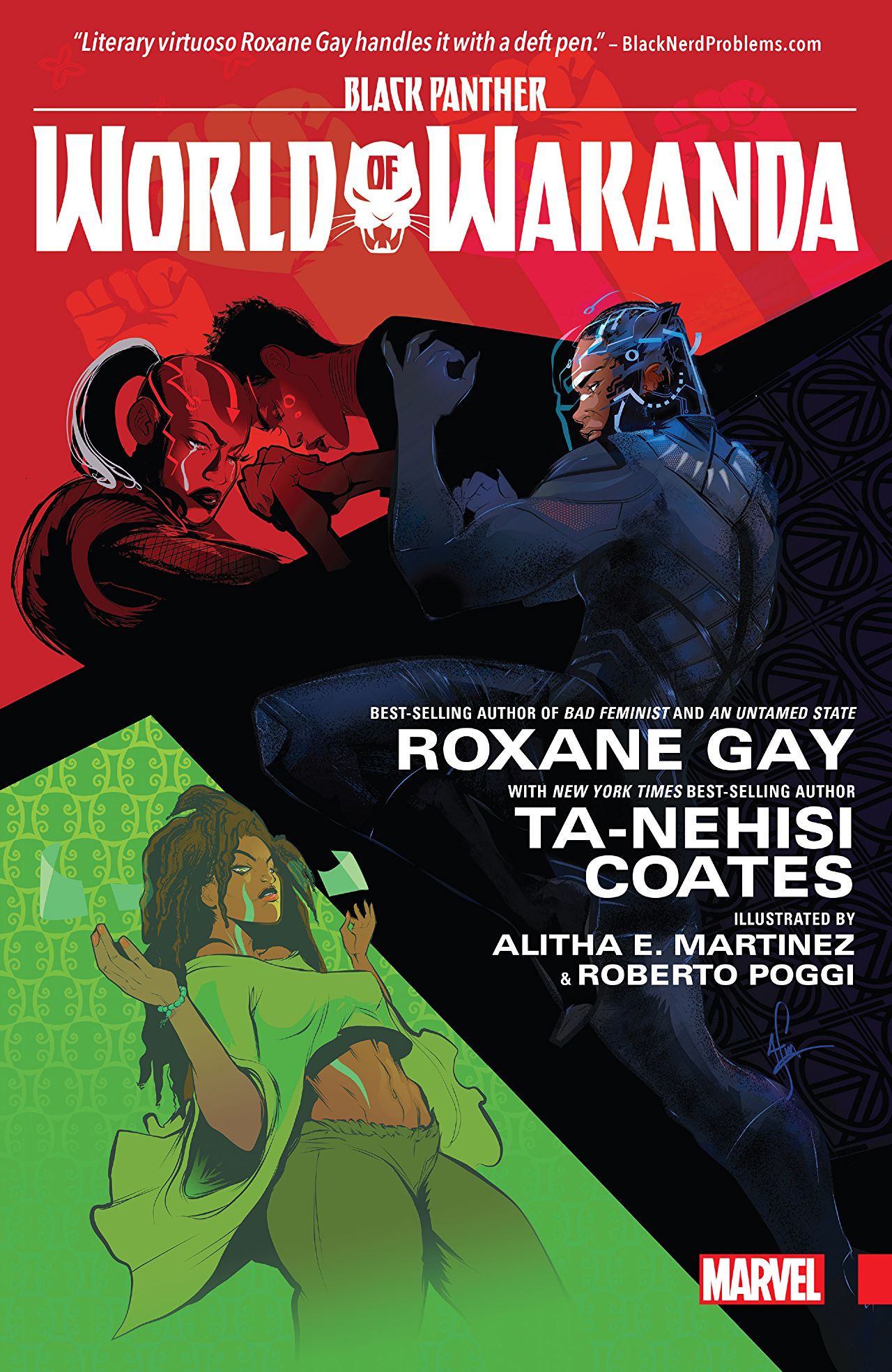 Wakanda! Home of the Black Panther, a proud and vibrant nation whose legends and mysteries run deep. Now, delve deep into Wakanda’s lore with a love story where tenderness is matched by brutality! You know them as the Midnight Angels, but for now they are just Ayo and Aneka — young women recruited to become Dora Milaje, an elite task force trained to protect the crown of Wakanda at all costs. But with their king shamed and their queen killed, Ayo and Aneka must take justice into their own hands! They’ve been officers. Rebels. Lovers. But can they be leaders? Plus: the return of former White Tiger, Kasper Cole! As Wakanda burns, Cole can only watch helplessly from halfway around the world. Will he find a new beginning — or meet a painful end? Collecting BLACK PANTHER: WORLD OF WAKANDA #1-6.