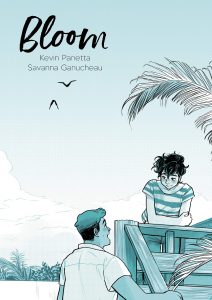 Now that high school is over, Ari is dying to move to the big city with his ultra-hip band—if he can just persuade his dad to let him quit his job at their struggling family bakery. Though he loved working there as a kid, Ari cannot fathom a life wasting away over rising dough and hot ovens. But while interviewing candidates for his replacement, Ari meets Hector, an easygoing guy who loves baking as much as Ari wants to escape it. As they become closer over batches of bread, love is ready to bloom . . . that is, if Ari doesn’t ruin everything.

Hector, one of the focal characters, is implied to be Samoan.

Starred Review: “Panetta and Ganucheau’s graphic novel debut is as much a love story between people as it is with the act of baking. Ganucheau’s art, in black ink with varying shades of blue, mixes traditional paneling with beautiful double-page spreads of detailed baking scenes, where the panels sometimes take on the shape of braided loaves. The romance between Ari and Hector builds slowly, focusing on cute interactions long before progressing to anything physical. Ari and his family are Greek. Family recipes referenced in the text code Hector as Samoan. Delicious.” (Source: Kirkus Reviews)

“Bloom by Kevin Panetta and illustrated by Savanna Ganucheau is a sweet coming of age love story about baking and two boys falling for each other. Ari has just graduated from high school and is ready to escape his sleepy beachside town for the big city with dreams of making it in a band. Instead, he’s stuck helping out in his parents’ Greek bakery. When the recently heart-broken talented baker Hector moves to town, Ari convinces his dad to hire the young man, thinking it will aid his escape. But as Ari trains Hector their relationship blooms, and it becomes clear Hector is actually an impediment to Ari’s efforts to leave. Then a tragic accident puts all of their futures at risk, and everything is made worse when Ari blames it on Hector instead of telling the more complicated truth. Can Ari grow up enough to admit what he’s done—and that he’s fallen in love, both with Hector (and through him) with baking itself? The engaging and cute illustrations demonstrate how far a single color can go.” (Source: The Advocate)

“This quiet romance/coming-of-age story uses a leisurely pace to tell a familiar tale, made distinctive by the bakery setting and activity of bread making. … Many readers will relate to Ari’s loose vision and aimlessness. He has a goal, but it’s more of a dream than a possibility. As pointed out by other characters, he doesn’t work to make it happen, using the family business and other’s expectations of him as an excuse to avoid making scary steps on his own. He wants to have something meaningful, something his own, but he doesn’t yet know what that might be. He’s full of yearning but not direction.” (Source: School Library Journal) 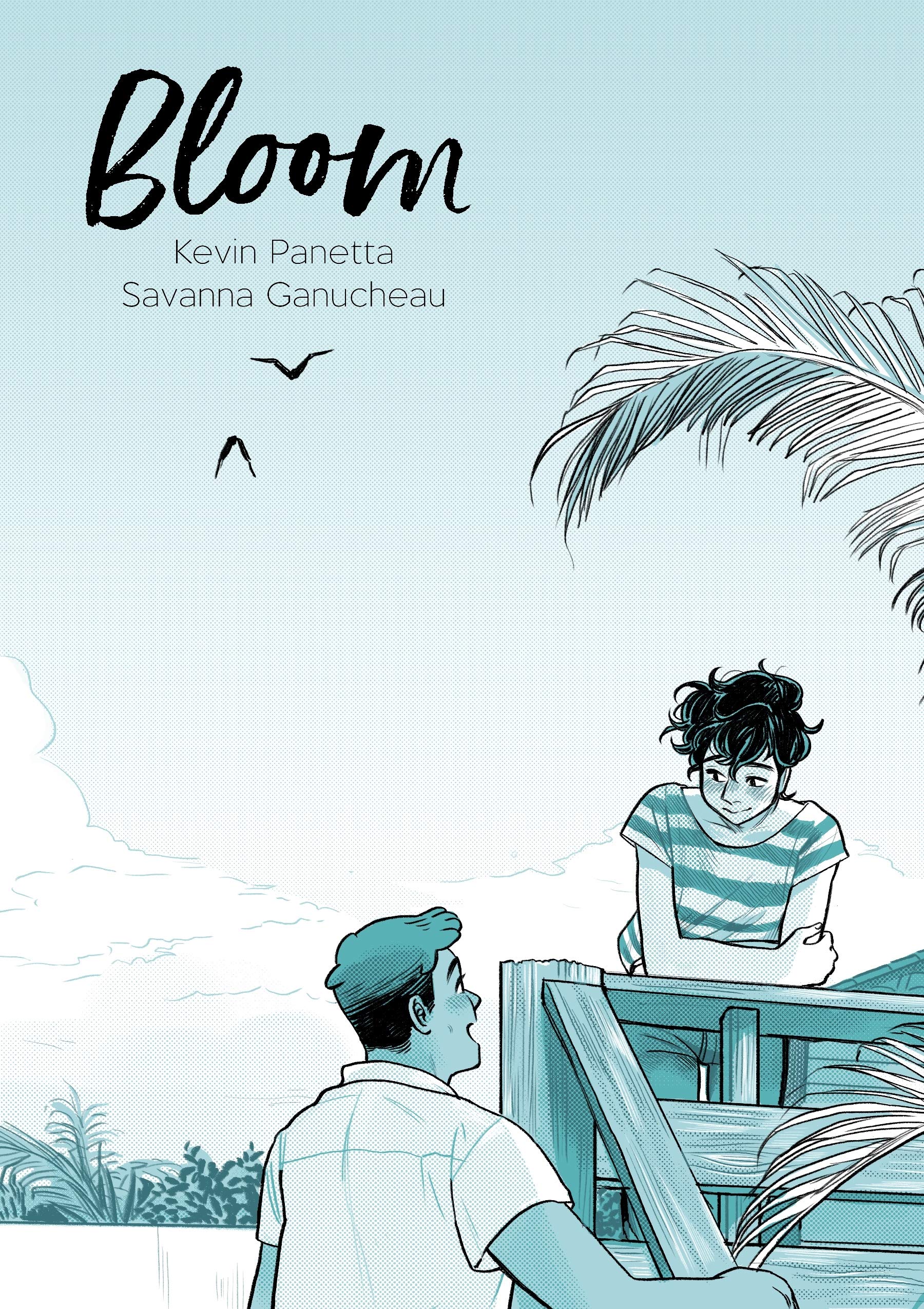