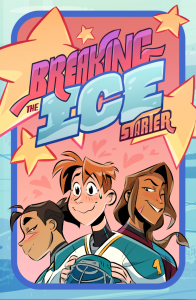 A series of original comic zines about a group of teenage ice hockey players and their romantic endeavors on the ice. The first zine, Starter, introduces all the characters: a rookie goalie with something to prove, a tsundere captain, and a hotshot rival. Depending on who you’d like to end up together, you can follow that story through different zine options: Team Nora or Team Mickey.

Breaking the Ice was originally published on Epstein’s Patreon. The series debuted in print as zines at FlameCon 2019 and has also been sold at Kinokuniya Austin. 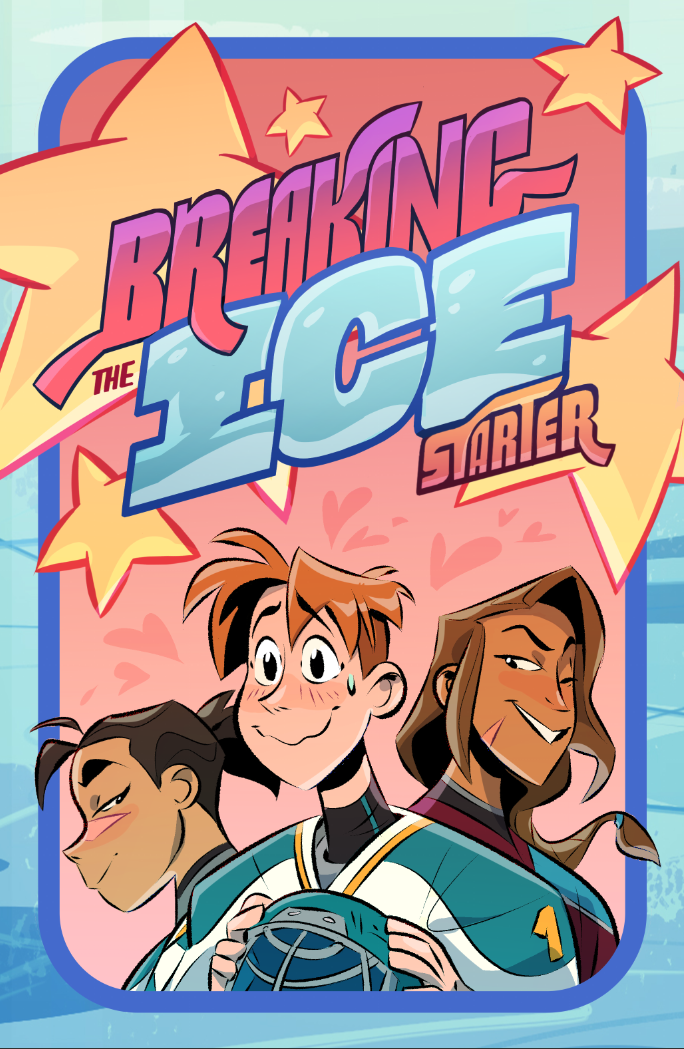 The starter comic for a choose-your-own-adventure wlw romance! Meet Cam, a rookie ice hockey goalie trying out for the ultra-competitive North Stars team. Will she be able to keep her cool around Nora, the tsundere Stars captain, and Mickey, the hotshot rival? Or will she dissolve into a sporty gay mess?

Decide who you want Cam to ‘romance’ to choose which comic you read next! 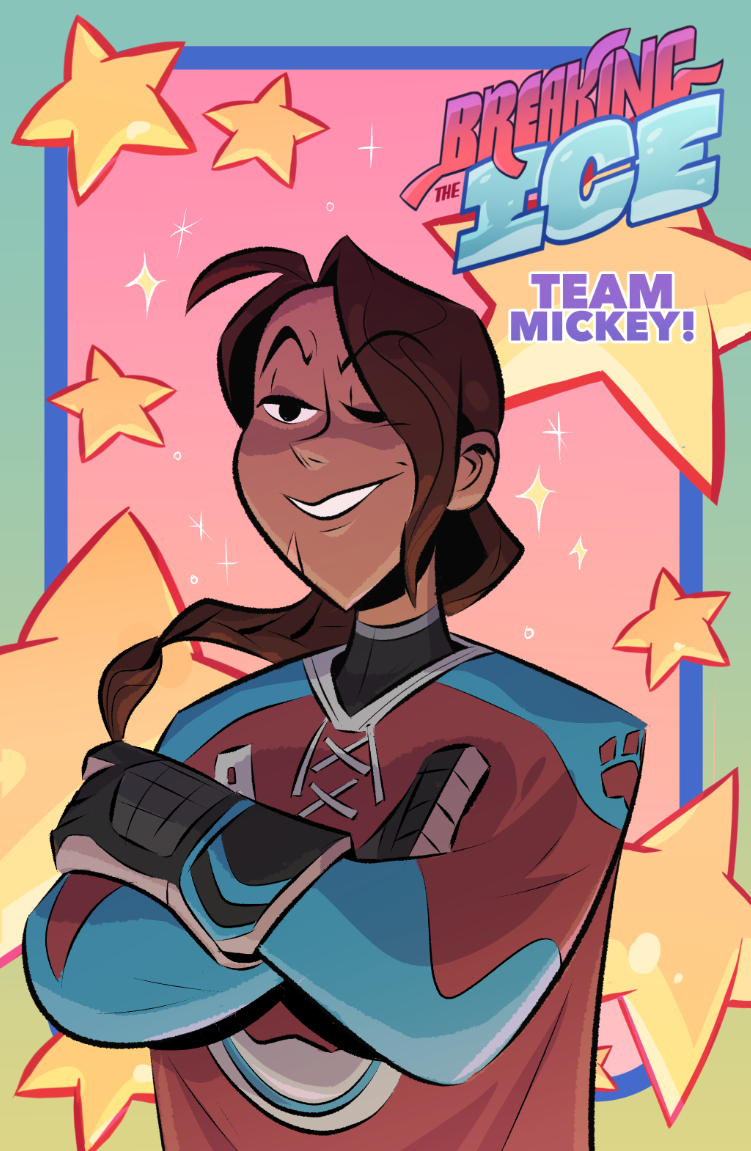 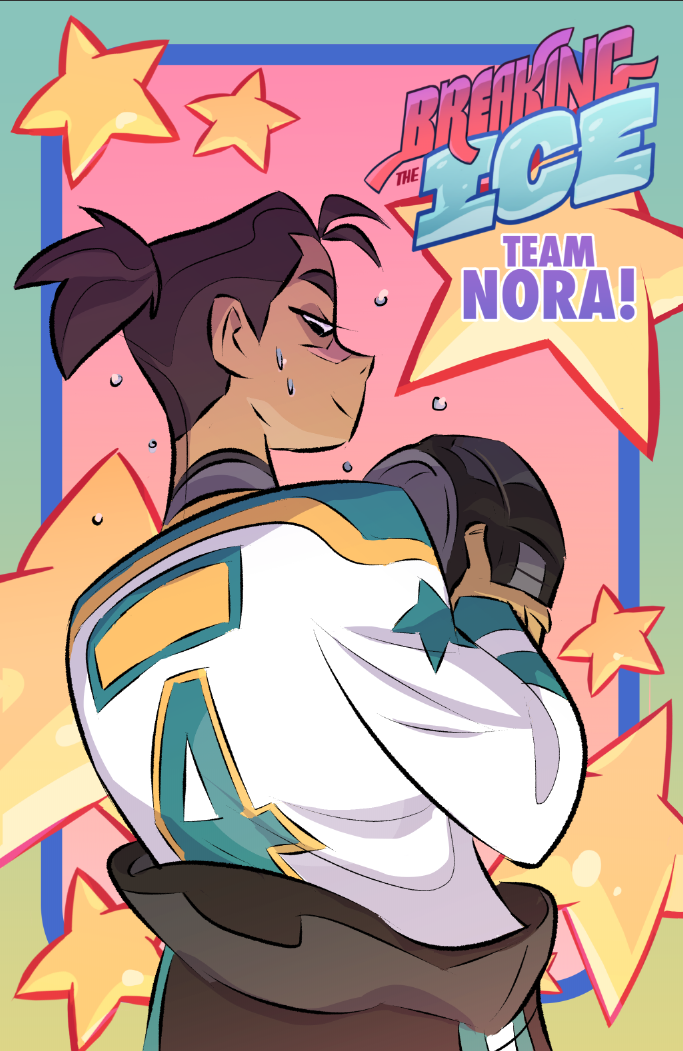 Follow-up comic to the Breaking the Ice: Starter!

Match up: Cam & Nora. Nora and Cam get closer through a tough game. 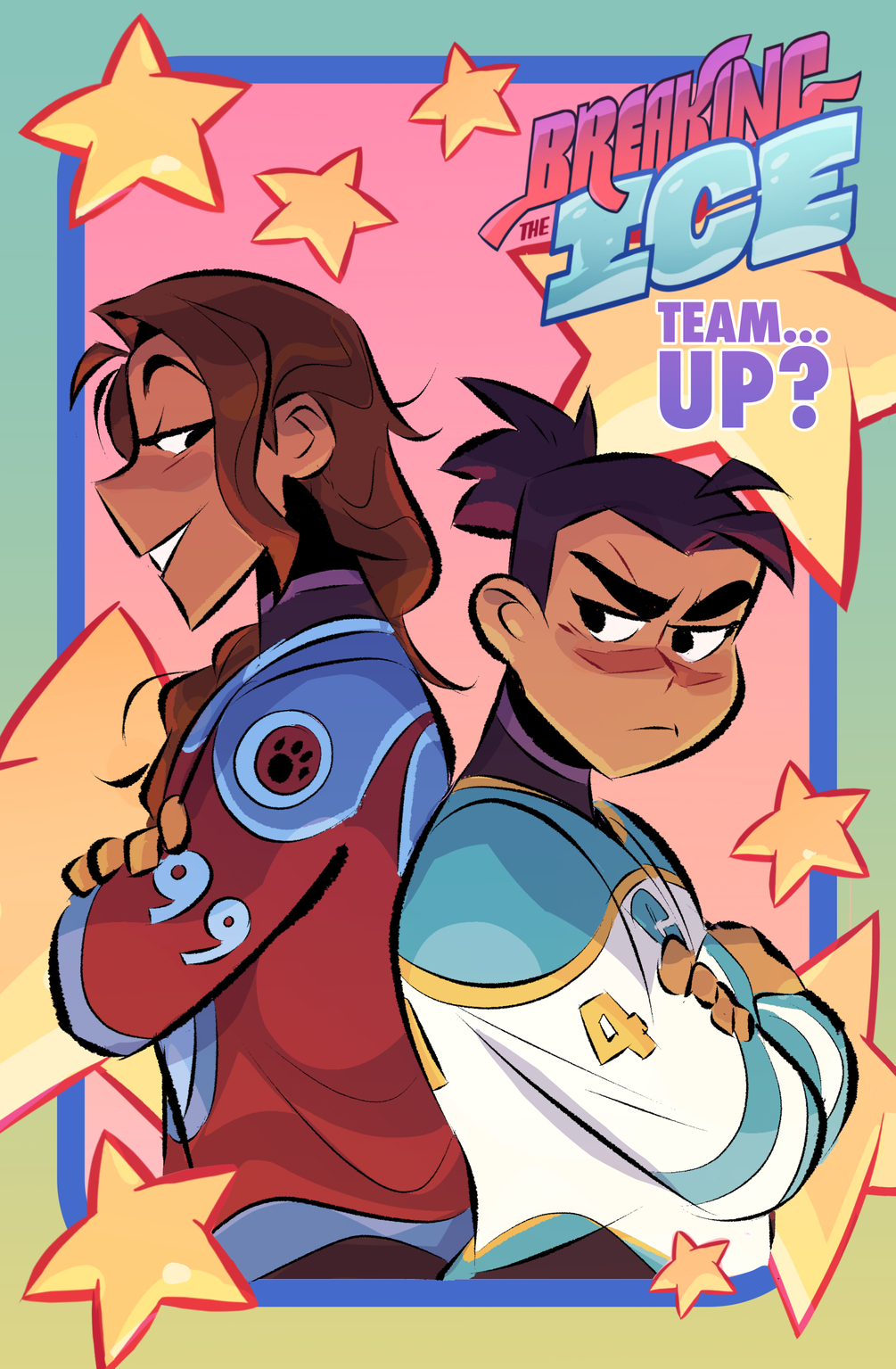 Follow-up comic to the Breaking the Ice: Starter!

Match up: Mickey & Nora. Cam is a clueless jock trying to figure out why Mickey and Nora are always around each other…