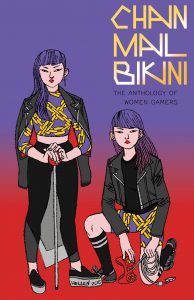 Chainmail Bikini is an anthology of comics by women and nonbinary people about gaming! 40 cartoonists have contributed comics about the games they’re passionate about—from video games to table-top role-playing to collectible card games. The comics in Chainmail Bikini explore the real-life impact of entering a fantasy world, how games can connect us with each other and teach us about ourselves.

As an anthology, this title contains stories which cover a range of subject matter and experiences. Stories which focus on material which may be of interest include the following.

“Tales of the Crystals” talks about the writer’s relationship with LARPing as a trans woman.

“Gamer Grrrl” written by Kae Kelly-Colon discusses the author’s experiences as a demigirl.

“Boy or Girl” by  Kori Michele Handwerker describes a source of frustration with video games for the creator as a nonbinary person.

“Three Weekends a Year” by Kate Craig shows an exploration of queerness in a LARPing context.

“This anthology succeeds in so many ways. It shows that there is a huge number of diverse women who love gaming, in all of it’s iterations, and they all love it passionately. It shows that there are a ton of great women comic writers and artists that we should all check out. It shows that women have unique and valuable opinions on games and gaming culture (although I’m sure most of us already knew that).” (Source: Autostraddle)

“A cavalcade of talent tackles the intersection of gaming and womanhood in this heartfelt anthology of short, largely autobiographical comics. With pieces on the Sims, Darkstalkers, and live-action roleplaying, no corner of gaming (video or otherwise) is left unexplored—and no aspect of gender, either. Though the depths of the gaming community’s misogyny are plumbed, so too are its joys: first times in the arcade, victory among friends, and the discovery of new talents. Anna Anthropy’s account of Milton Bradley’s Legend of the Crystals is a stirring standout feature, as is Megan Brennan’s ode to gaming’s more quotidian rhythms. Visually, Annie Mok’s visceral, graphite-smeared panels get right to the throbbing heart of a few beloved characters, Diana Nock’s expansive vistas capture the majesty of sword-and-sorcery epics, and Kinoko Evan’s caustic cuteness cherishes childhood competition. This collection is both thought-provoking and it’s entertaining. Debut editor Newlevant brings obscured voices to the fore in this groundbreaking reflection on what promises to be the century’s defining art form.” (Source: Publishers Weekly) 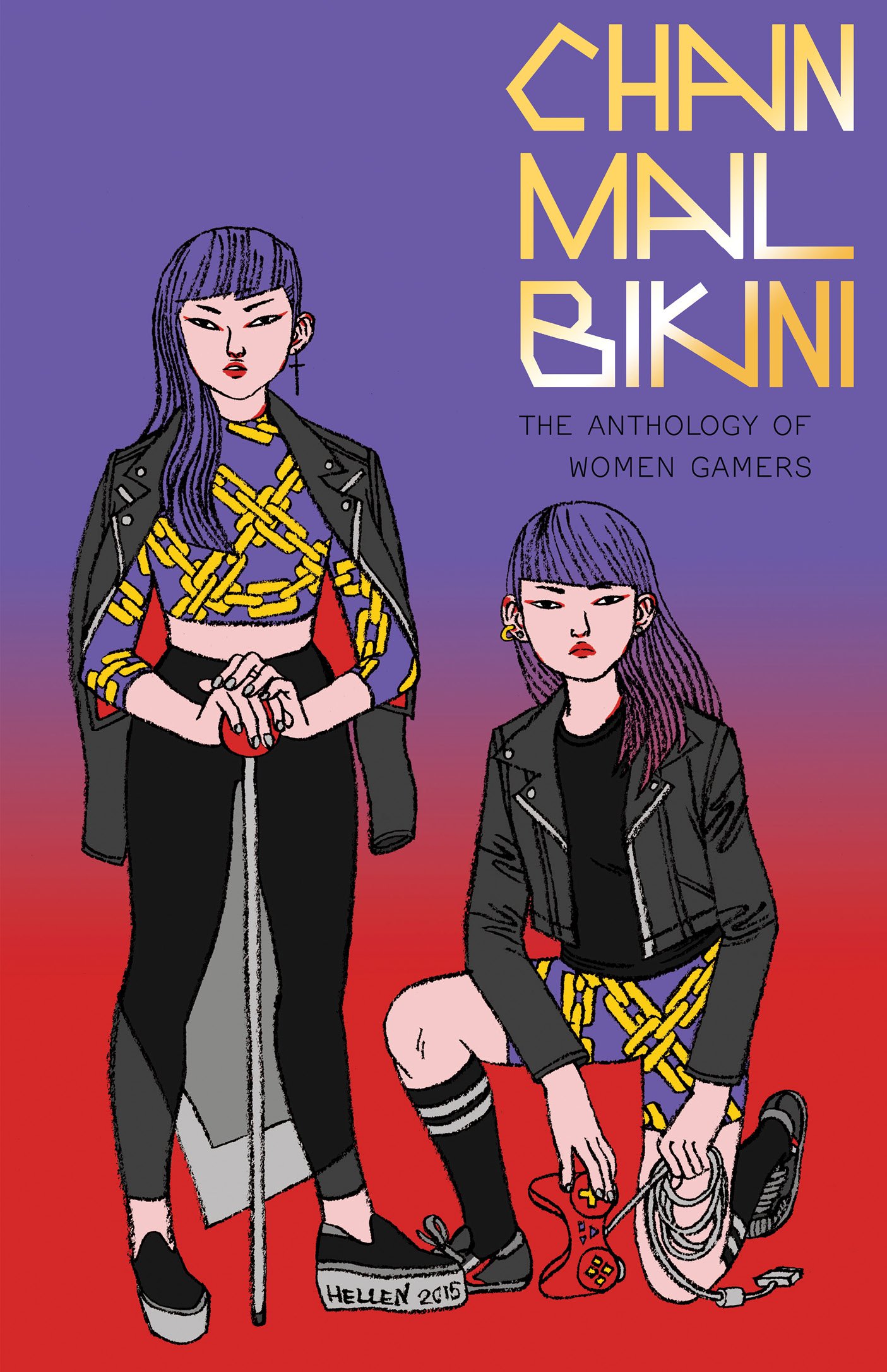