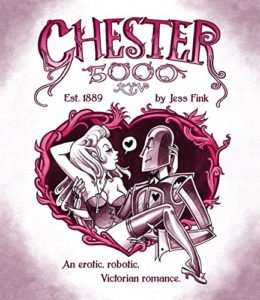 Chester is the brilliant creation of a very talented Scientist and Engineer. He has many useful features and tries very hard to please. However, Chester is more than the sum of his parts.

This series features extended sequences of nudity and sexuality.

It helps that Fink balances plot and sex scenes deftly: in Chester 5000 XYV, an inventor inadvertently creates the perfect sex robot, Chester, for his sexually voracious wife, Pricilla, when he becomes too busy attend to her needs. Pricilla and Chester fall in love; complications ensue. In between these complications are sex scenes, with new attachments for Chester (with their own splash pages) and new partners to mix things up (yep, there’s girl on girl: never leave porn without it). Drawn with a brush pen, washed in gray (with a slight pink/purple tone for the Web-comic), the interior of the 6 3/4” x 7 3/4” hardcover is a study in curves: the curves of breasts, vulvas, penises, stocking-clad calves, tendrils of hair, Chester’s sleekly domed head. During the sex scenes, the panels curve with the action, “organic” — sometimes literally. For example, when Chester and Pricilla make love out-of-doors, the panels have arboreal flourishes. When Fink is delivering information more straightforwardly — distant dinners, arguments — they straighten out into a squat six-panel layout.” (Source: The Comics Journal)

“Jess Fink’s webcomic Chester 5000 XYV is a pornographic sexbot tale with a twist: a Victorian gentleman builds a robot to satisfy his sexually voracious wife, but wife and well-endowed automaton fall deeply (and, of course, passionately) in love.

Told in wordless panels, Chester 5000 XYV (NSFW, obviously), opens on a young Victorian couple enjoying their marital relations, one party more than the other. The wife (referred to in the comic’s notes as Pricilla) repeatedly outmatches her scientist husband’s libido, leaving her frustrated and him exhausted. So, logically, he uses his pseudovictorian scientist superpowers to create the ultimate husbandly gift: a walking (but not talking) robot with the ability and the will to bed his wife ad infinitum. All seems going to plan until Pricilla’s feelings for the robotic Chester prove not merely sexual, but romantic as well.

Let me be clear, Chester 5000 is a pornographic comic. Fink has great fun imagining all the ways in which Chester might please Pricilla. There are sly inventions, with naughty patent illustrations: the Cunnilingua Nasum (which elicits chuckles, then delighted silence from our sultry heroine), the Extendo Limbo, the Vibratus Fingum. There’s plenty of humor, but it’s humor that reinforces, rather than detracts from, our regularly scheduled titillations. It’s also a surprisingly tender tale, one where everyone, from artificial men to cuckolded husbands, deserves to find heart-pounding, screw-on-the-lab-table love.” (Source: io9) 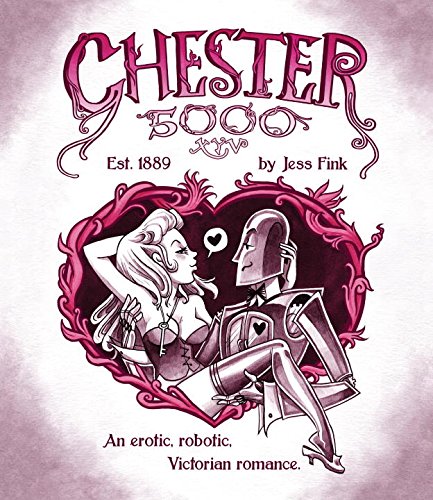 1885: an age of industrial revolution and sexual frustration. Priscilla is a woman with needs, and her inventor husband Robert is a little too busy with his experiments to keep her fully satisfied. Science to the rescue! With a few gears and springs, the proper appendages, a little lubrication, and a lot of love, Chester 5000 is born! He’s the perfect tool for the job… but what if Chester is more than just a machine? What are the consequences of trying to engineer love? 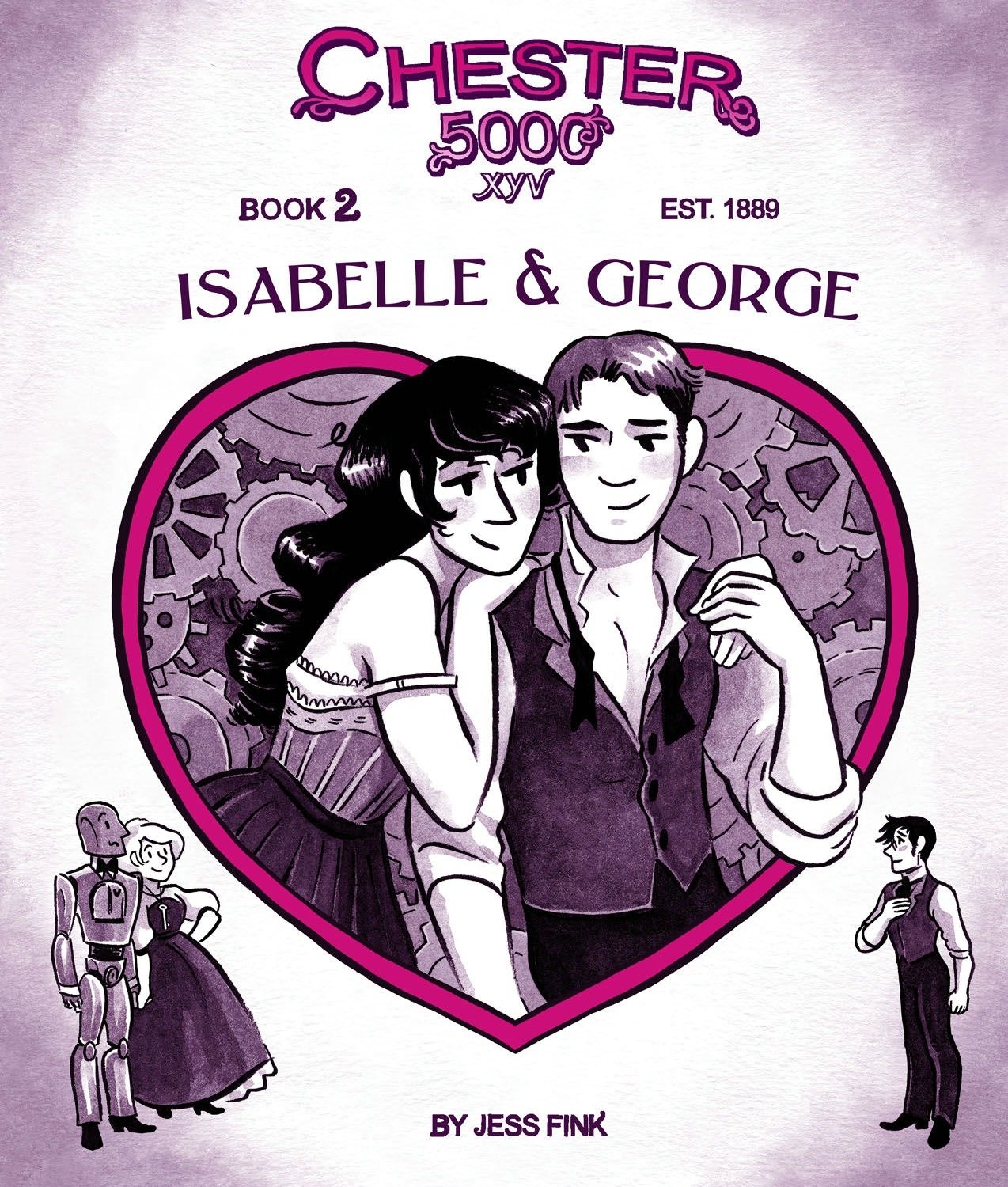