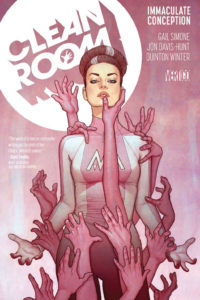 Astrid Mueller is the enigmatic and compelling guru of a giant self-help organization—a devastatingly powerful figure in the industry between psychology and religion. Journalist Chloe Pierce’s fiancé decided to pick up Astrid’s book, and within three months he was dead. Something in Astrid Mueller’s book made Philip blow his brains out all over Chloe’s new kitchen.

Now Chloe is on a mission to find out who Astrid Mueller really is. What is this Clean Room she’s been hearing about where your deepest fear and worst moments are revealed? Chloe intends to immerse herself in the Clean Room and wreak havoc on Astrid’s empire.

“There are demons. Aliens. Creatures breaching the reality of our world. Monstrous parasites that can tear us apart, breach our skin, control us. Humanity has told stories about them forever, but most people can’t see these hellish beings that lurk beneath the skin. Some can, though. Some can. Chloe Pierce is a young journalist whose fiance joined a Scientology-esque cult, led by Astrid Mueller, a self-help guru, horror novelist, and billionaire. Months later, he blew his brains out. Pierce blames, Mueller and will stop at nothing to uncover the secrets of Mueller’s organization. But in the Clean Room, Chloe learns the terrible secret. Astrid Mueller can see the creatures. Everything she preaches is real. She is building an army to fight back. But it might be too late.” (Source: ComicsAlliance)

“The premise of this bracing series launch from Simone (Birds of Prey) sounds familiar: a secretive, powerful, and celebrity-filled organization promises wisdom to all who follow its teachings. But the cult-like Honest World Foundation turns the Scientology analogy on its ear: they really do know the truths of the universe and might be humankind’s only hope. Chloe Pierce is a reporter trying to figure why her fiancé, an Honest World acolyte, shot himself. Chloe’s introduction to the cult’s arrogant leader, Astrid Mueller, a piercing-eyed Valkyrie in sleek business wear, doesn’t give her much confidence in their aims. But the steady accumulation of supernatural occurrences forces Chloe to conclude that there are worse things out there than Honest World. Propulsively written by Simone and drawn by Davis-Hunt with a clarity that’s both gruesome and precise, this story will get under the reader’s skin.” (Source: Publisher’s Weekly) 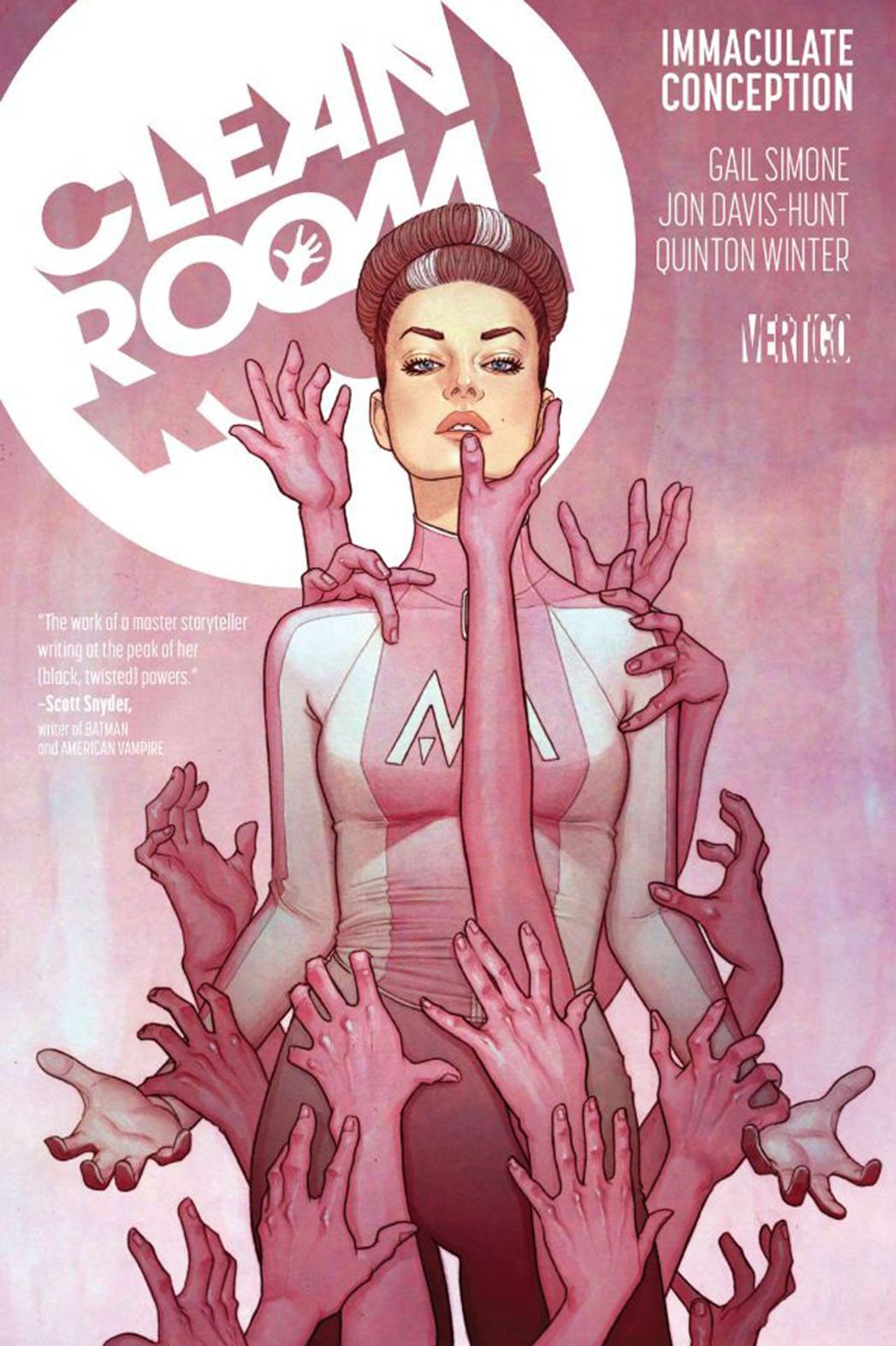 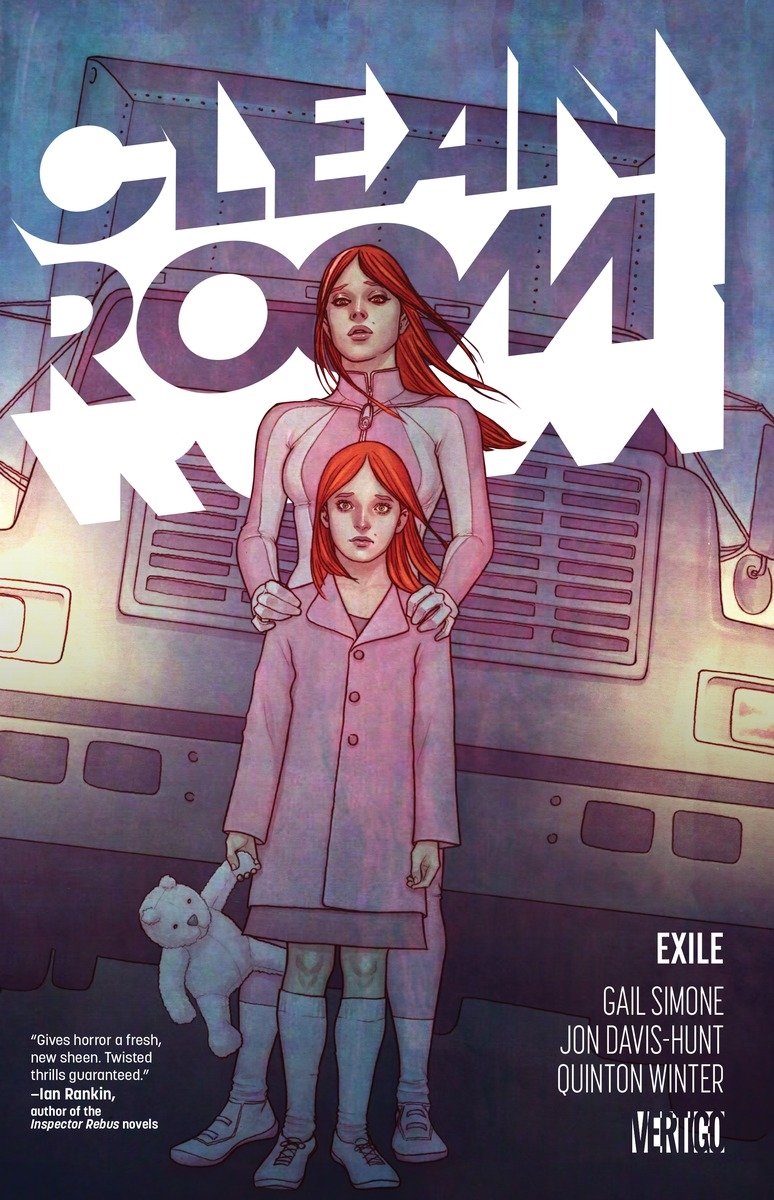 In these tales from issues #7-12, shocking news comes from on high concerning the seemingly indestructible Astrid Mueller…and Chloe meets with Detective Avil Demakos as they dig deeper into the deadly mysteries of the Clean Room. Plus, delve into the depths of Astrid’s terrifying personal history, and why demons have haunted her since birth. 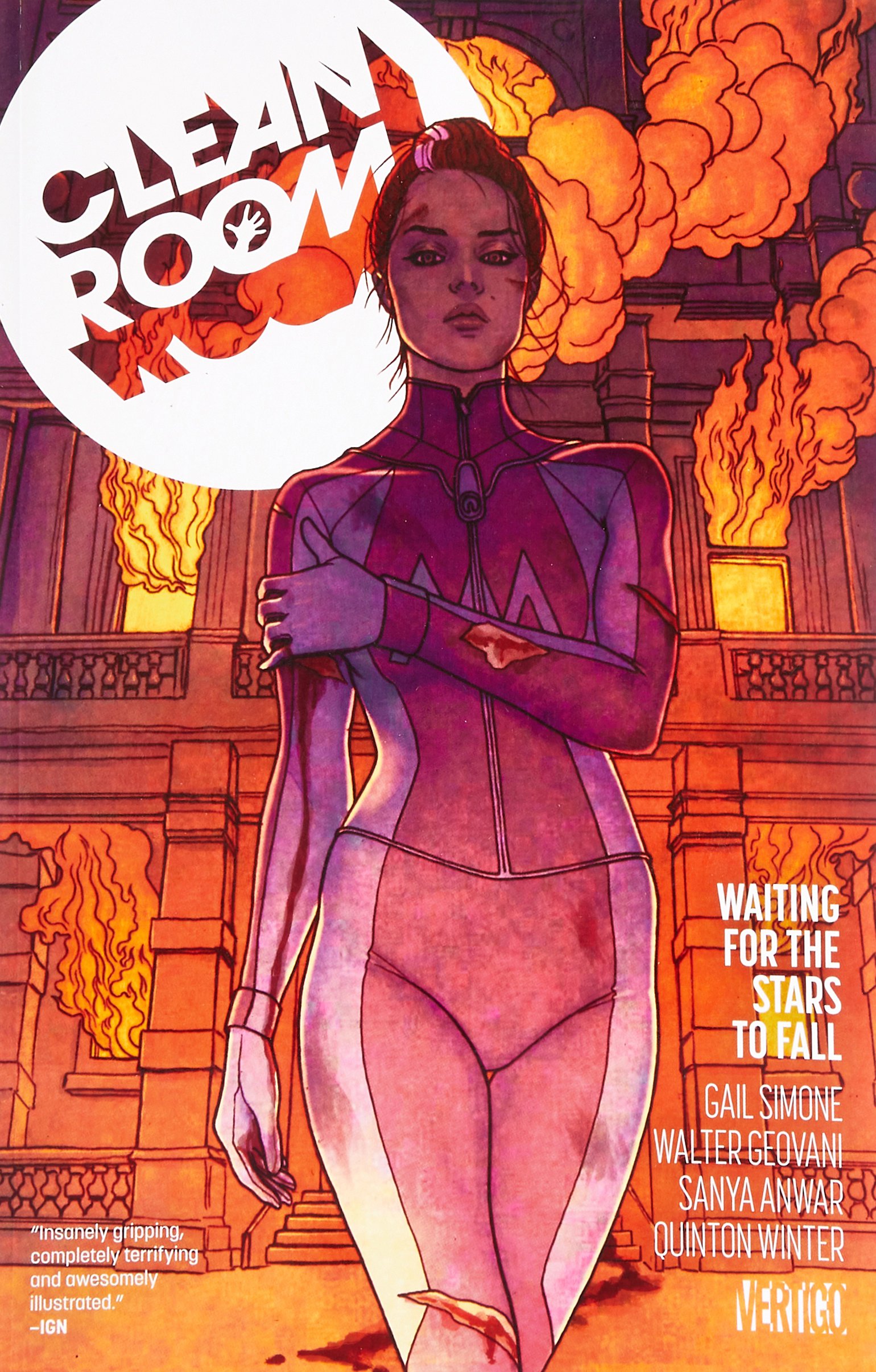 Clean Room, Vol. 3: Waiting for the Stars to Fall

In these stories from CLEAN ROOM #13-18, discover how Astrid was first affected after her hospitalization through the eyes of one who cannot see what she sees: her brother and would-be assassin, Peter Mueller. Then, a woman devastated by the violent loss of her husband finds comfort in Astrid Mueller’s teachings, only to face the woman herself in the most nightmarish reaches of the Clean Room!