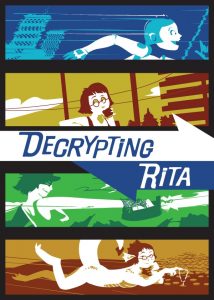 When a robot lady is dragged outside of reality by her ex-boyfriend, she’s got to pull herself back together across four parallel worlds… before a hive-mind can take over the entire planet!

The creator is also known as Egypt Urnash.

Decrypting Rita was serialized online between 2011 and 2015, and has been collected across three print volumes and in a single print omnibus.

“There are certain comics that I might, if pressed, refer to as “entry level”: comics that are accessible, easy to read and follow, and that tell original, quality stories that are nonetheless a bit familiar to readers. Comics you can recommend to new friends, acquaintances, people you don’t really know – comics that can enjoy a fairly wide appeal. Then there are comics that I would have to call… “advanced”.

Decrypting Rita is about a gay robot girl who’s a secret agent working to stop a group called the Sunrisers from forcing the entire planet into a hive mind. She’s also a human burlesque dancer who’s mourning the loss of her friend who killed herself. In addition to these, she’s a skyship captain with hat-based immortality AND a shapeshifting polyamorous dragon. These different Ritas exist in different universes, and these universes intersect in strange and uncanny ways. Try turning that into an elevator speech.” (Source: Yes Homo)

“Urnash illustrates her comic, which is told in parallel across each page, in Adobe Illustrator. Some people won’t be fans of the lineless artwork, but it has the effect of making each of Rita’s realities equally shadowy. No matter in which reality we encounter her, Rita is always, somehow, Rita. She’s a little more vibrant here, a little sadder there, a bit bolder somewhere else, but she’s always recognizable as the same character. Cyberpunk Rita feels like the star, but it’s easiest to be drawn to present-day Rita, the one character who doesn’t fit in a simple role. When she’s not a dragon or a wizard or a spy living in a robotic body, Rita is at sea. She lives with a man who she connects with mainly out of their shared grief. She has long abandoned dance, the activity that once gave her great joy. In fact, the thing that gives her existence a jolt is dreaming that she’s a super-powered cyborg.” (Source: io9) 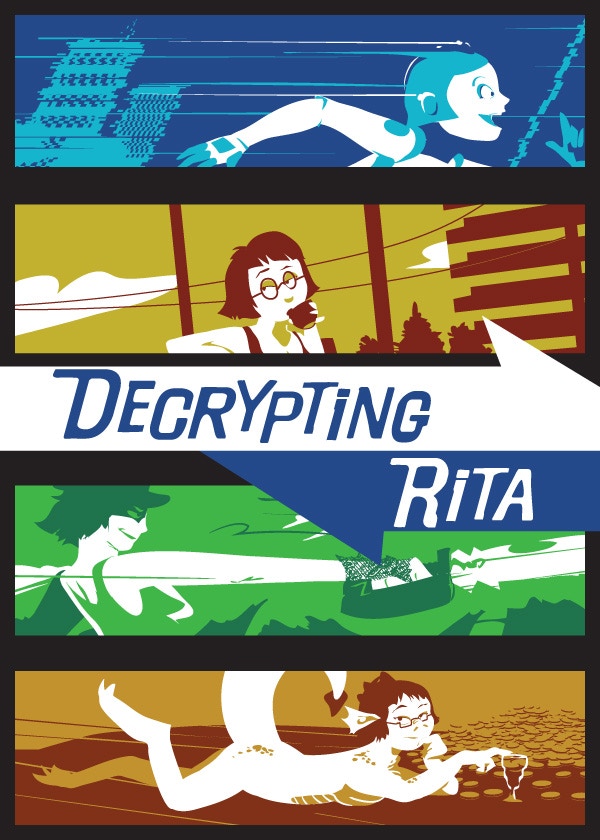 Decrypting Rita, Vol. 1: An Exchange of Secrets with Oblivious Transfer

The first collection of Decrypting Rita. 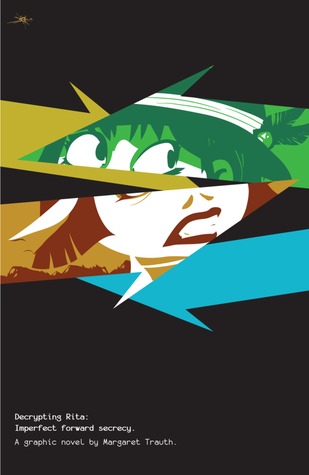 The second collection of Decrypting Rita. 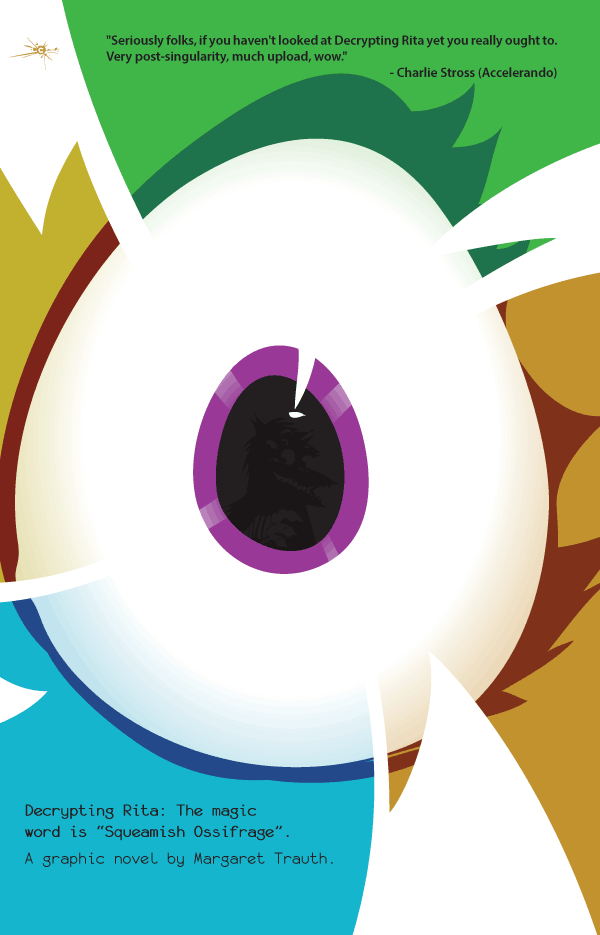 The third and final collection of Decrypting Rita.