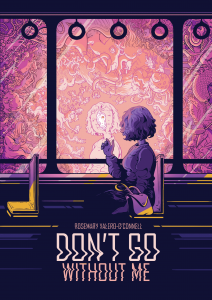 Two lovers get separated on a night out in a parallel dimension. A ship that runs on memories malfunctions in the dead of space. A giant prophesied to wake from its centuries-long slumber beneath the sea.

A stunning triptych collection of stories on love, loss, longing, and connection, from rising comics superstar, Rosemary Valero O-Connell. Includes the Eisner-nominated ‘What is Left.’

“In all three stories, dialogue and narrative is often told with the careful deliberation and detail of poetry, making the act of reading these comics a blissful and contemplative experience. There is a theme of memory running through all three stories, and panels are used to express the various aspects of this. … Each story in Don’t Go Without Me is a psychedelic fable which involves the reader very intimately in their poignant, provoking and personal narratives. Valero-O’Connell’s beautiful spreads balance immense detail and powerful compositions with soft words and captivating storytelling.” (Source: Broken Frontier)

“Don’t Go Without Me burnishes her reputation as a stubbornly open-ended storyteller fascinated by loss and how to fill the gaps therein. Counter to these absences are pages overflowing with the presence of ink and lines, lines, lines — so precise is Valero-O’Connell’s cartooning to call it ‘pretty’ denies its approach to the sublime. Like the manga she clearly adores and is influenced by, she is an exacting cartoonist. Rarely does she draw a head of hair that’s not tastefully tousled or a background she doesn’t stuff with stuff.” (Source: Solrad)

Women Write About Comics: “Don’t Go Without Her: A Chat with Rosemary Valero-O’Connell” 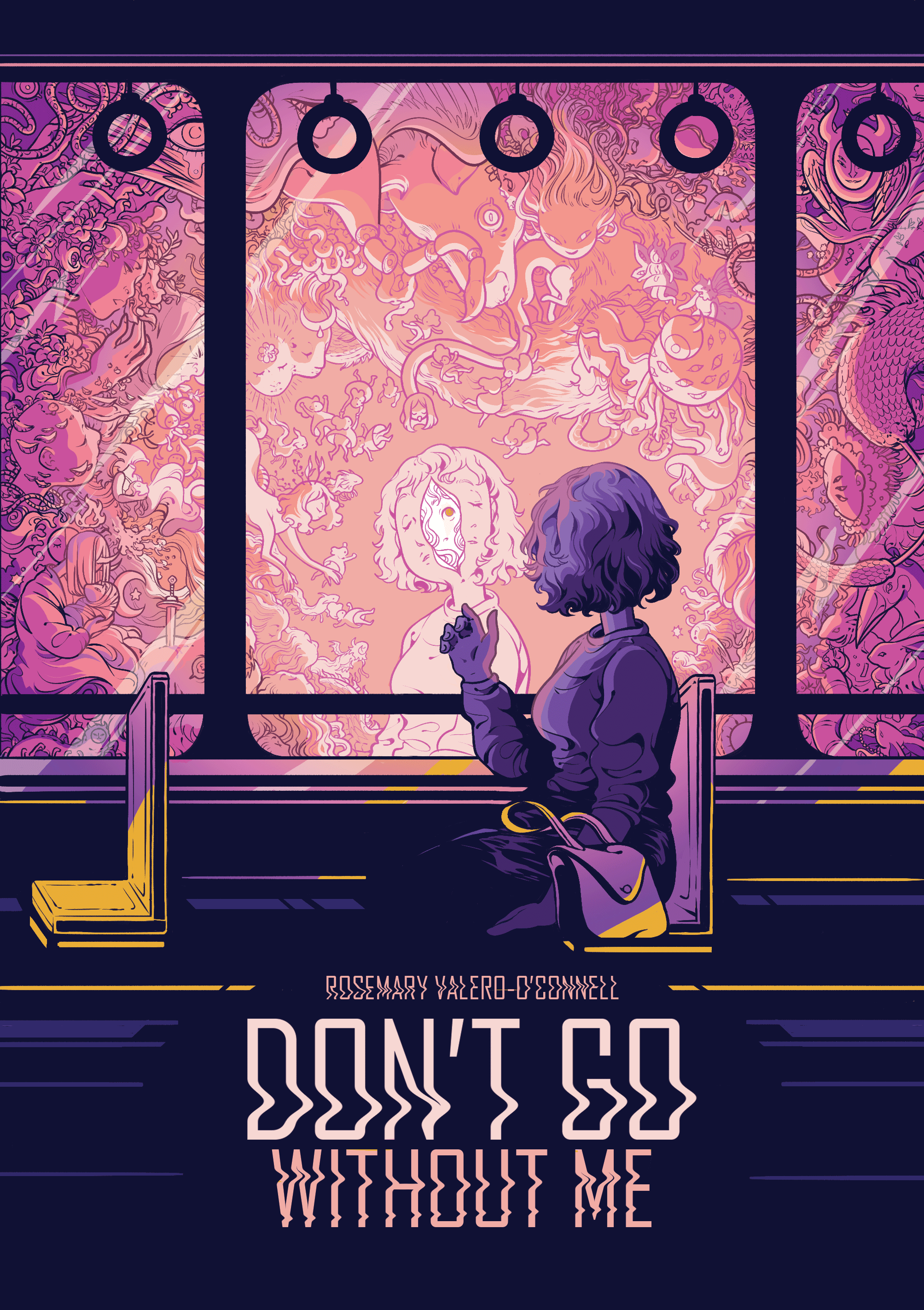 Don’t Go Without Me