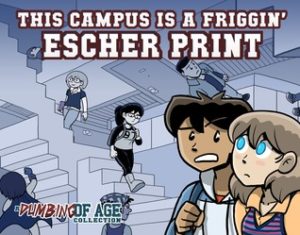 Dumbing of Age is a webcomic about college freshmen in the girls wing within a co-ed dorm at Indiana University, learning everything about life and themselves usually in the most difficult ways.  It stars a Christian homeschooled girl and her atheist best friend, and also a disgraced cheerleader, a misanthrope, a rebel, and a caped vigilante.

From: Dumbing of Age

Dumbing of Age is a re-imagining of some of the characters, concepts, and settings that first appeared in Dave Willis’ previous webcomics, Shortpacked and Roomies.

Willis has created sexually explicit stories involving the characters in Dumbing of Age. These stories are behind a paywall, and cannot be accessed through the main site.

“Joyce is beginning her freshman year at Indiana University after being homeschooled her entire life. She promises her best friend that she won’t let the secular school change her, but as she meets the members of her co-ed dorm – bitter roommate Sarah, academic achiever atheist Dorothy, dinosaur obsessed Dina, self-destructive cheerleader Billie, juvenile delinquent Sal, literal superhero Amber and many more – how can she not. Dumbing of Age, as the title suggests is a coming of age webcomic written and drawn by David Willis. While Joyce is the lynchpin of the comic, the comic is really an ensemble piece jumping between the interconnected lives of these freshmen.” (Source: ComicsBeat)

The Mary Sue: “Webcomic Spotlight: An Interview with David Willis, Creator of Dumbing of Age and Shortpacked“ 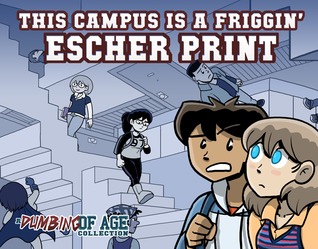 Dumbing of Age, Vol. 1: This Campus is a Friggin’ Escher Print

Includes the entire first year of strips (the first six storylines) from September 2010 through October 2011. 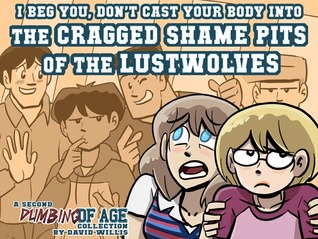 Dumbing of Age, Vol. 2: I Beg You, Don’t Cast Your Body into the Cragged Shame Pits of the Lustwolves

Includes the entire second year of strips (the first six storylines) from October 2011 through November 2012. 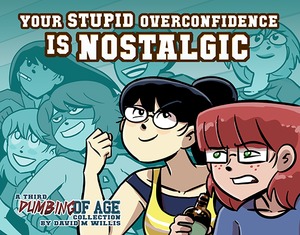 Dumbing of Age: Vol. 3: Your Stupid Overconfidence is Nostalgic 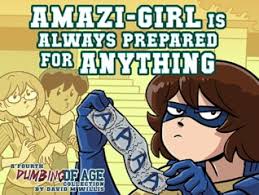 Dumbing of Age, Vol. 4: Amazi-Girl is Always Prepared for Anything 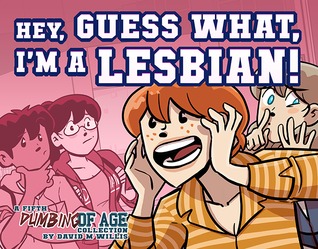 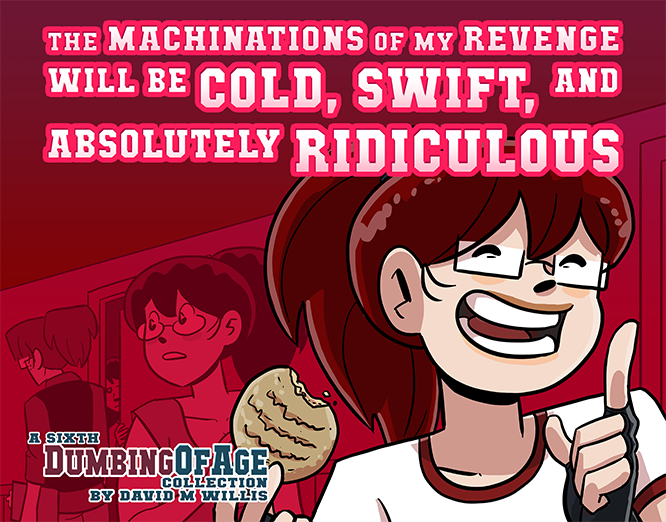 Dumbing of Age, Vol. 6: The Machinations of My Revenge Will Be Cold, Swift, and Absolutely Ridiculous