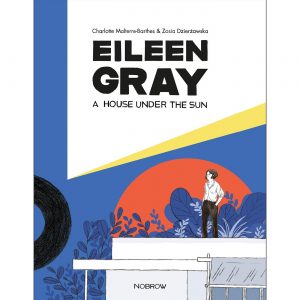 Meet Eileen Gray, the architect behind the monumental E-1027 and pioneer of the Modern Movement in architecture.

In 1924, work began in earnest on a small villa by the sea in the south of France. Nearly a century later, this structure has become a monument for modern design. However, like so many gifted female artists, Eileen Gray’s story has been eclipsed by the men with whom she collaborated – this story puts the focus back on Gray and her mastery of design.

The main character of this title is pioneering architect Eileen Gray, a bisexual woman.

“Malterre-Barthes is an architect, urban designer and founding member of the grassroots Parity Group, which works to improve gender equality in the field. Dzierzawska, a comics artist and illustrator with “a passion for architecture,” has thought productively about how the medium of comics can channel this complex discipline. Many of Dzierzawska’s clever layouts echo architectural forms, and the book as a whole expresses a tension between hardness — exemplified by square comic panels and white space — and the softness of her characteristic line. That sense of softness is perfect for evoking Gray’s creative imagination. Rejecting the Spartan minimalism of many of her modernist contemporaries, Gray insisted that houses and objects must be created with the humble realities of daily life in mind. She believed creators had to respond to human needs, not just seek elegant solutions to problems of design.” (Source: NPR)

“This gorgeous but fragmented narrative aims to bring overdue attention to Eileen Gray, a bisexual Irish interior decorator and architect who spent the majority of her life in France, but the snapshot structure resists any attempt to read it as a comprehensive biography. In fact, the opening scene focuses not on Gray but on the most well-known building she designed, E-1027. Swiss architect Le Corbusier stayed there and painted the interior walls with his own brightly colored murals, in defiance of Gray’s aesthetics, and he was swimming in the sea near the house when he died in 1965. The brief chapters ricochet out of chronological order, bouncing from when Gray still lived with her lover Jean Badovici, a Romanian architect; to her childhood amongst a family of five children and an absentee artist father; to her first introduction to lacquer, a medium she loved; and so on. Illustrated with soft crayon lines and a neutral palette—except where Corbusier’s paintings break the color scheme with bright intrusion—the layouts are lovely and evocative of Gray’s creative process. However, characters are rarely introduced with full names, and the strength of their relationships with Gray are hard to gauge in fleeting scenes. While the tribute will pique curiosity about a notable life, uninitiated readers are likely to rely heavily on the foreword and afterword (and Wikipedia) to fill its gaps.” (Source: Publishers Weekly) 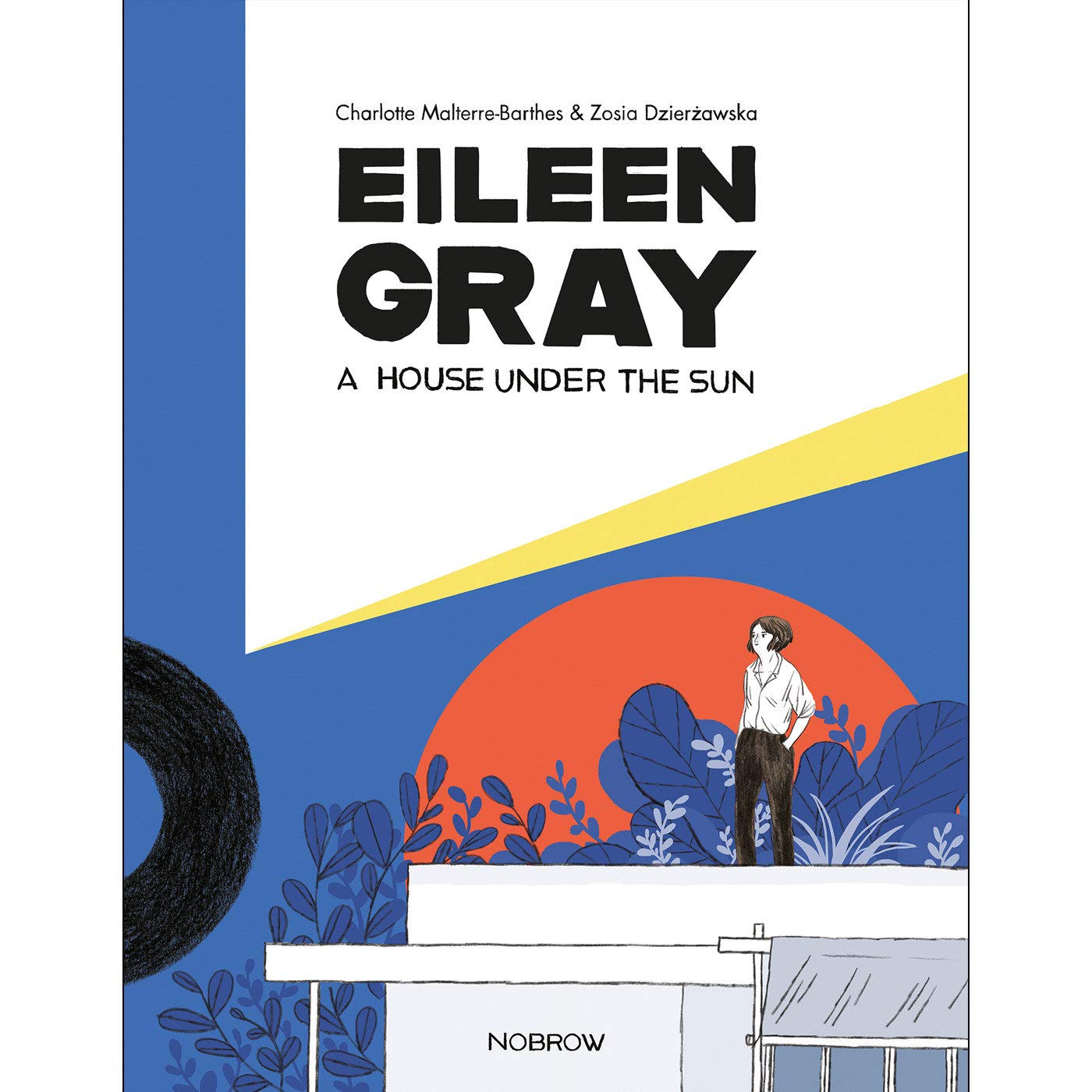 Eileen Gray: A House Under the Sun