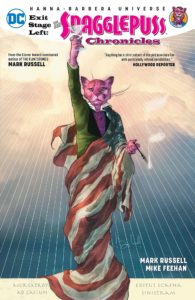 A bold new take on the beloved cartoon comedian from the writer of The Flintstones! Drama! Comedy! Tragedy! For the renowned Southern playwright called Snagglepuss, these are the ingredients that have made him a star of the New York stage and the glittering world that surrounds it. But the year is 1953, and behind the bright lights, darkness is brewing. As Snagglepuss prepares for his next hit play, there’s already a target on his back. The Red Scare is in full effect, and the House Un-American Activities Committee is hunting down every last subversive in show business. So far, Snagglepuss has stayed out of their spotlight. But Snagglepuss is gay…and his enemies are out to destroy him for it. One by one, his best friends are being blackballed, from legends like Lillian Hellman and Dorothy Parker to his fellow Southern gentleman Huckleberry Hound. Can Snagglepuss’ reputation survive the rampage of the right wing long enough for him to stage his next masterpiece? One thing’s for sure: the show must go on! Hot off his surprise-hit reimagining of The Flintstones, writer Mark Russell joins artist Mike Feehan to unleash the fire and fury of his sharp-witted political satire in Exit Stage Left: The Snagglepuss Chronicles—a powerful look at what it means to be an American, no matter who or what you are.

“We see almost immediately that Snagglepuss retreats from the light to the relatively cloaked comfort of the queer bar in Greenwich Village. Russell, Feehan, and particularly colorist Mounts render the space with a brightness we don’t often associate with these pre-Stonewall speakeasies, choosing instead to juxtapose a shadowy darkness on the exterior of the space. This association of the oppressive shadow with the outside world and delirious lightness inside this space where one could be free to be oneself both in speech and in gesture is a savvy choice. It underscores the vitality that these bars have had in queer communities when overarching culture is not as permissive.” (Source: Comicosity)

“I guess it’s time to put away the shock about this being a Snagglepuss comic and accept that Mark Russell has concocted the most insightful, heartbreaking cartoon character reinvention I have ever seen. Recasting Snagglepuss as a Tennessee Williams-style playwright during the Red Scare of the 1950s who struggles with keeping his queerness hidden from the outside world seems so obvious now that it has been done. That’s to Ruseell’s credit, seeing something we all should have noticed but never could have pulled off with such humanity, wit, and gentleness.” (Source: Comics Beat)

“Exit Stage Left is setting the stage for a story about just what it meant to be a victim of the Lavender Scare on a very human level. Often, when we talk about McCarthyism and the impact it had on our culture, we use broad, sweeping abstracts that gloss over the individual lives of people who were hurt. The anti-Communist panic of the ‘50s wasn’t just a political movement that swept the nation, it was a series of lives inexorably altered or ruined by a politically-driven mass hysteria.” (Source: io9)

“The writing by Mark Russell is witty and compelling enough to keep you seriously invested in its premise, no matter how silly it may seem on the surface and the art by Mike Feehan is perfectly serviceable, although nothing Earth-shattering. Fans of LGBT and American history, especially socio-political history, will enjoy this comic more than others…” (Source: Nerdist)

“Exit Stage Left is frequently tough reading—life wasn’t a walk in the park for queer individuals of the era, feline or not—but it still stands out as one of 2018’s most thought-provoking surprises, especially thanks to Russell’s keen, bone-dry wit.” (Source: Paste Magazine)

Hilo Brow: “This: Look at Those Cavemen Go” 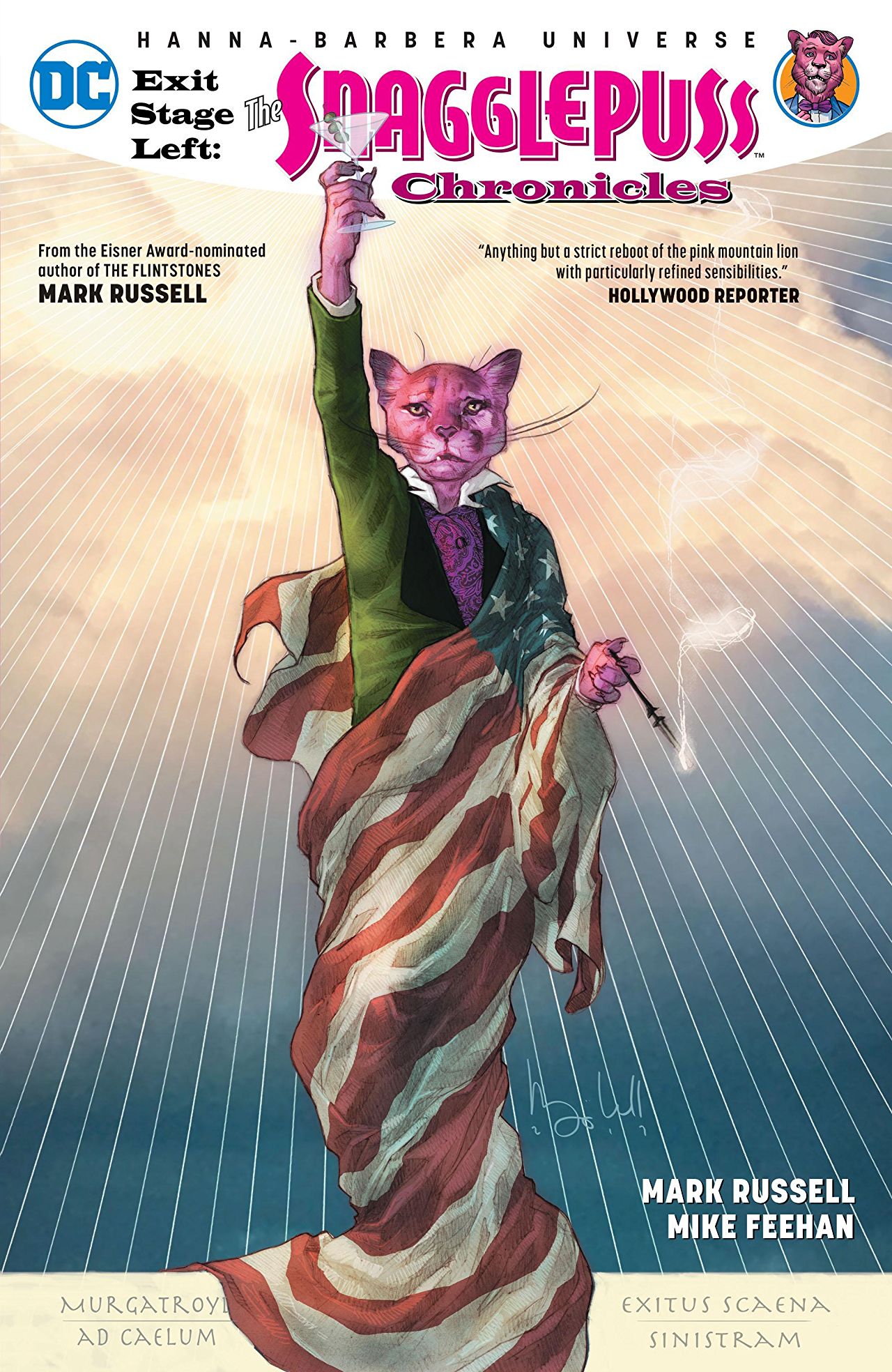