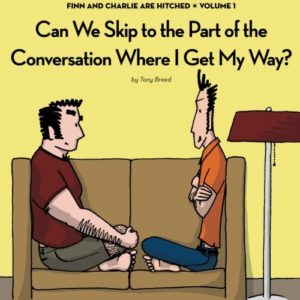 This strip follows lives of the married, gay couple Finn and Charlie, and the friends around them: Candy and her sister Mandy, Mandy’s son, the young stud Corey, Corey’s on-again, off-again indie-rock boyfriend Ken, Candy’s long-lost daughter/Ken’s roommate Krys, and others

“These stories share everyday life situations of the two men, their friends and families. The comics are taken straight from the web, so the stories begin mid-stream. Without an introduction, new readers may take a while to connect with the characters and their issues. There’s Corey, a burly college student, who’s trying to figure out who he is and who he wants to sleep with. Gus and Tina are getting married, and ask friend Charlie to officiate—at an outdoor winter marriage! Nina talks about the difficulties of raising her special needs child, and Ken’s not sure if the relationship he’s in with Corey will become monogamous.

Finn and Charlie are the couple others turn to for advice and stability. Their house is where people turn up for the holidays when others’ homes and families are dysfunctional. The guys discuss everyone else’s problems at the end of the day, while watching TV, or before going to bed, and it’s these cozy discussions, more than anything, that convey the trust and long-term commitment between the two men.” (Source: Lambda Literary) 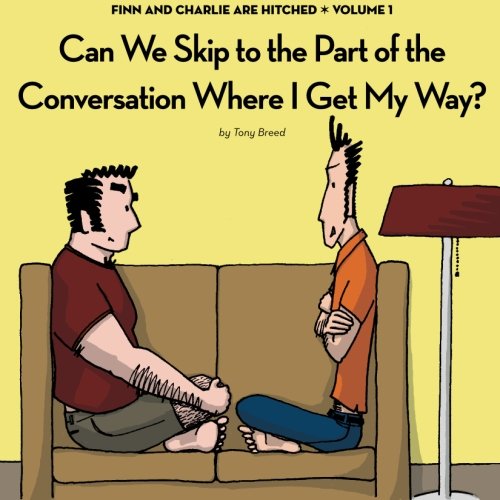 Finn and Charlie are Hitched, Vol. 1: Can We Skip to the Part of the Conversation Where I Get My Way? 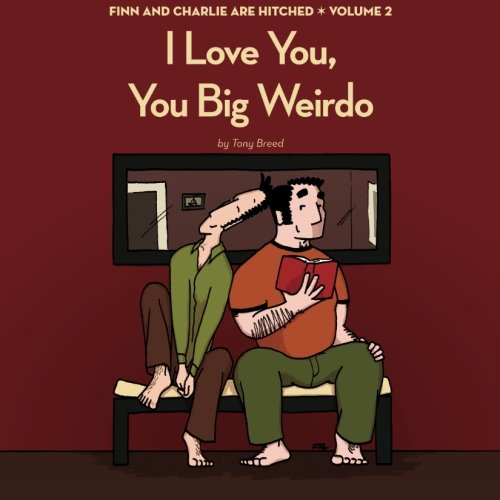 Finn and Charlie are Hitched, Vol. 2: I Love You, You Big Weirdo 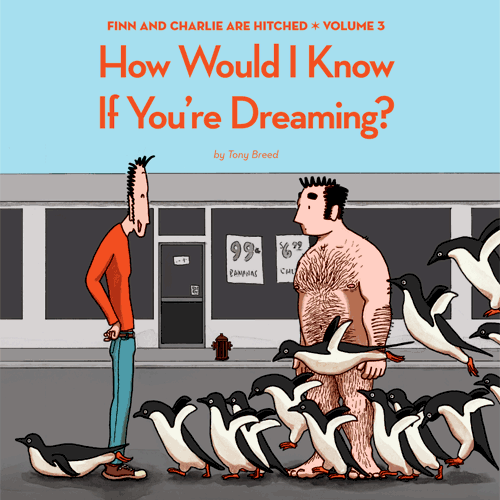 Finn and Charlie are Hitched, Vol. 3: How Would I Know If You’re Dreaming?

The book with contains comics run online in 2010 and 2011, and includes such story lines as Charlie’s Indie Rock Beard, Finn’s Dream, Candy’s Long-Lost Daughter, and When Finn Met Charlie.

From: Finn and Charlie are Hitched

Finn and Charlie are Hitched, Vol. 4: Everyone Is Someone’s Fetish

The book with contains comics run online in 2012 and 2013, and includes such story lines as Corey’s Makeover, Gus Gets Married, Ken & Corey Talk Monogamy, and Gus Asks a Very Big Favor.