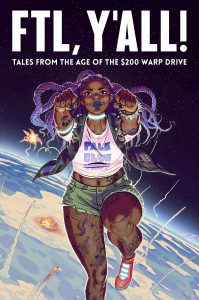 In this visionary science fiction anthology, a striking array of new voices from across the field of comics tackles humanity’s biggest questions with a disarmingly small prompt: what would happen if we could escape?

This title is an anthology of nineteen stories, each of which explores what would happen should a $200 warp drive become available.

Relationships between characters and character identities are for the most part implied rather than explicitly stated. “Soft Physics” by Blue Delliquanti, “Passing Through” by Sunny and Jamie Kaye, and “Ignition” by Iris Jay and Skolli Rubedo all feature same-gender relationships that may or may not be romantic in nature.

“MSPIPSP” by Kay Rossbach depicts two married women and their daughter, while “Microwave” by Jay Eaton depicts two men in a relationship. “The Senior Project” by Maia Kobabe features a nonbinary or genderqueer character in a supporting role.

“Who wouldn’t love the opportunity to get out of the old neighborhood? That’s the animating spirit behind FTL, Y’ALL: Tales from the Age of the $200 Warp Drive, a new anthology from Iron Circus Comics. The premise is right there in the title. Said premise sets a fairly banal assumption on its head. It makes sense to audiences, from generations of movies and books and video games, that when humanity reaches the stars it’ll only be in giant gleaming ships that each probably cost the gross domestic product of medium-sized industrialized nations. The Federation is beyond money, and that’s a very good thing if you think about the cost overruns that building a ship like the Enterprise must entail. Star Trek is a powerful fantasy precisely because of the insistence that access to the stars will be an egalitarian project supported by an egalitarian society. FTL, Y’ALL assumes the former without the latter.” (Source: The Comics Journal)

“If you’re into messy, homebrewed sci-fi, FTL Y’ALL! is a must for your shelf. The stories run the gamut from light-hearted, such as Kay Rossbach’s exploration of the myriad inconveniences of interstellar spaceports in “M.S.P.I.P.S.P.,” to more introspective and thoughtful explorations of what it truly means to find yourself adrift in the vast reaches of space. FTL Y’ALL! is full of unique and refreshing variations on a theme—if you could travel anywhere for a couple hundred bucks, where would you go? Why? To run from someone, or to save a life? And what does cheap spacefare mean for those who still find themselves left behind? This is an impeccably curated collection with fantastic sci-fi offerings from immensely talented creators, and is absolutely a standout anthology of 2018 in any genre.” (Source: Paste Magazine) 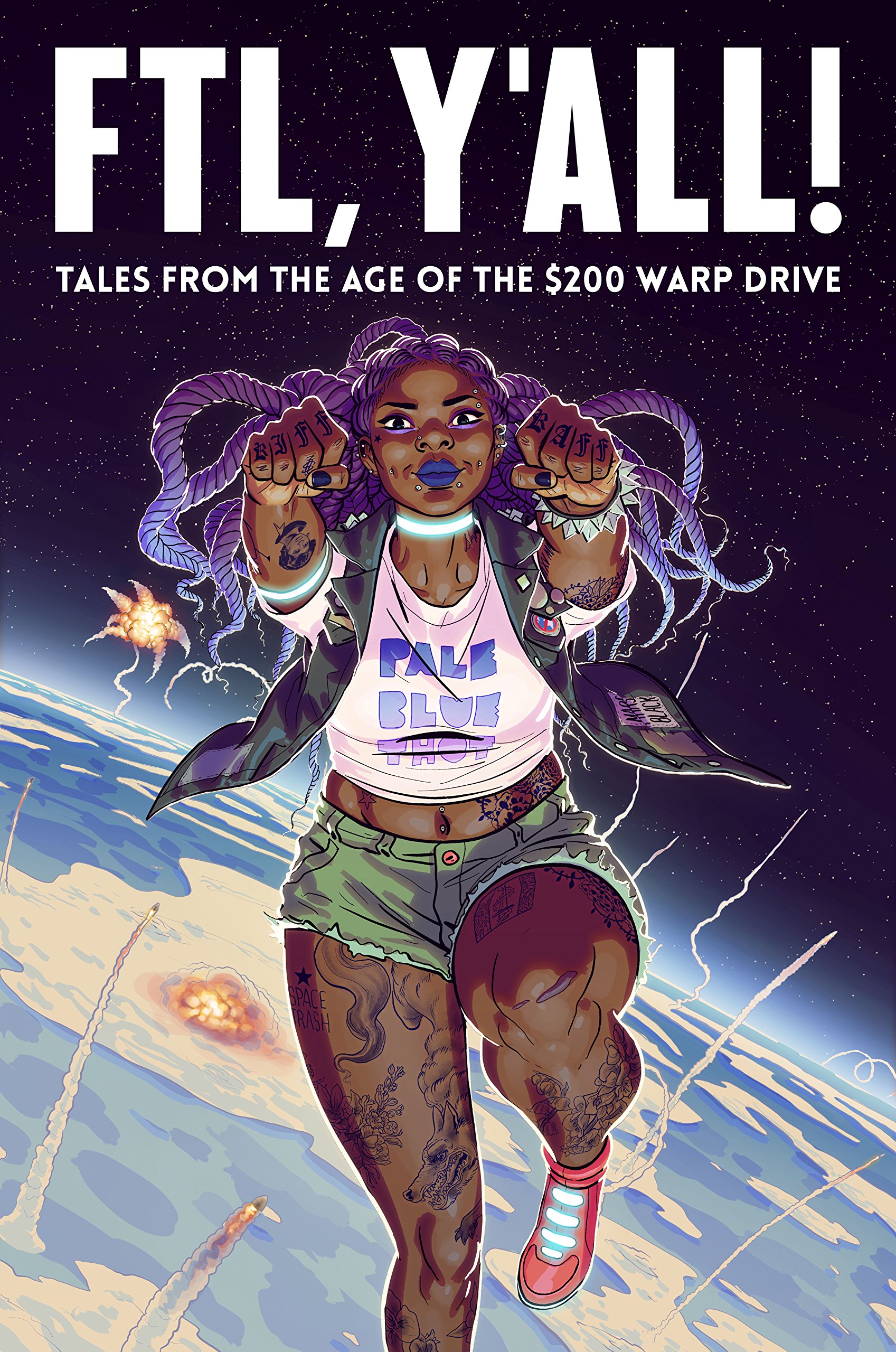