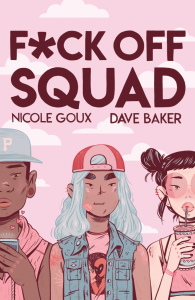 Fuck Off Squad by Nicole Goux (Murders, Jem and the Holograms) and Dave Baker (Action Hospital, Suicide Forest) follows three would-be miscreants as they attempt to navigate the trials and tribulations of growing up in Los Angeles.

Needless to say, it’s the greatest comic about Instagram, skating, and low-key trying to date someone while you’re still in a relationship ever made.

The title is sometimes stylized as F*ck Off Squad. Individual chapters of this story were originally published separately before being collected in a single print volume.

“F*ck Off Squad brings us into the lives of its three central characters with an insightful empathy. They are flawed, they’re not always likeable and they make mistakes. In fact they’re as much a Fuck Up Squad as they are a Fuck Off Squad. And yet they’re sympathetic throughout because because that’s what teenagers do… they fuck up…” (Source: Broken Frontier)

“Not only do these characters read authentically, they look the part, too. Nicole Goux captures an authentic LA (Diverse characters and…hey, Family Arcade! Amoeba!) and captures the gang’s day to day life in visually inventive ways.” (Source: comicon.com) 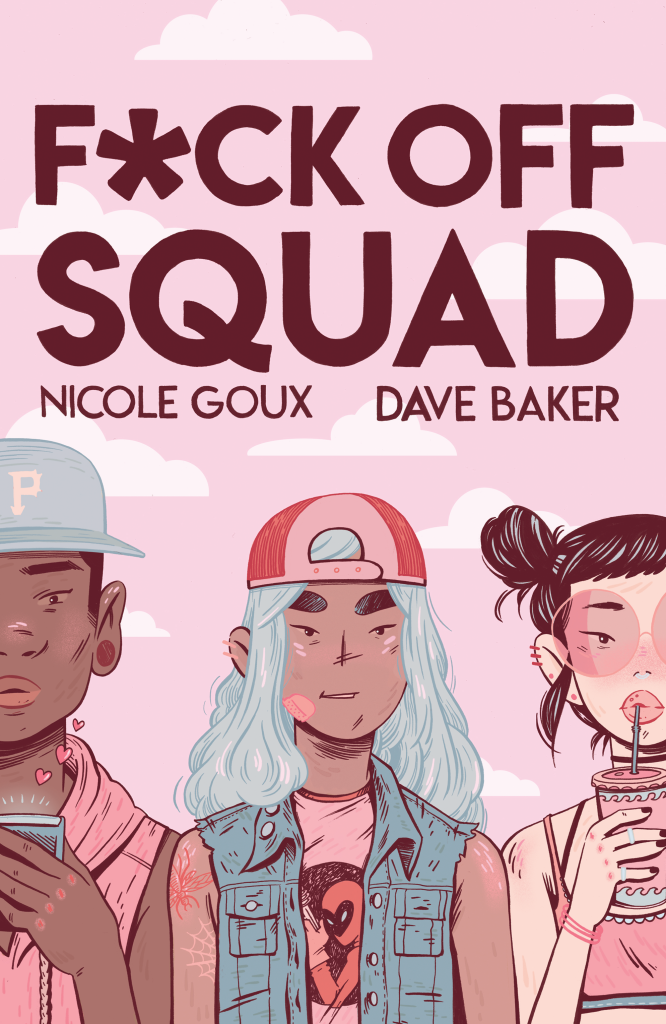