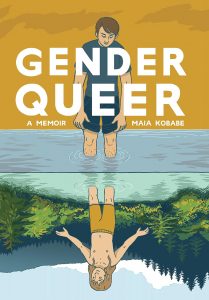 In 2014, Maia Kobabe, who uses e/em/eir pronouns, thought that a comic of reading statistics would be the last autobiographical comic e would ever write. At the time, it was the only thing e felt comfortable with strangers knowing about em.

Started as a way to explain to eir family what it means to be nonbinary and asexual, Gender Queer is more than a personal story: it is a useful and touching guide on gender identity—what it means and how to think about it—for advocates, friends, and humans everywhere.

The cartoonist and protagonist is an asexual and bisexual nonbinary person.

Starred review: “A book to be savored rather than devoured, this memoir will resonate with teens, especially fans of Alison Bechdel’s Fun Home and Mason Deaver’s I Wish You All the Best. It’s also a great resource for those who identify as nonbinary or asexual as well as for those who know someone who identifies that way and wish to better understand.” (Source: School Library Journal, vol 65, issue 6, p60)

“This compelling graphic memoir reveals Kobabe’s search for a gender identity and expression (and sexuality) that feels right. The nonbinary comic artist struggles with gender dysphoria but ultimately discovers that [e] is happiest presenting as a feminine masculine person (the skater Johnny Wier and designs by Alexander McQueen become eir touchstones). Kobabe also shares eir sexual journey — from eir arousal over gay male couplings, eir (not always successful) attempts at masturbation, making out and having sex the first time at 25—as part of research for [eir] gay shipping fanfiction—and ultimate ambivalence over future encounters. Along the way Kobabe tackles questions about misogyny, introduces us to other queer and gender-nonconforming comic artists, and delves into neurological (versus genital) fetal development.” (Source: The Advocate)

“Gender Queer will no doubt be an offering that will connect with readers who have gone through similar journeys but it’s also a book that gives cisgender readers a vital opportunity to observe entrenched gender structures from an alternative perspective and to challenge the preconceptions they may not even realise they are harbouring. One of the most important graphic memoirs you’ll read in 2019.” (Source: Broken Frontier)

“Gender Queer serves multiple purposes. More than simply a memoir, the book is designed to explain the very concept of being non-binary, beginning with the author’s first memories of gender and ending with the discovery of Spivak pronouns (e, em, eir) and eir first steps towards getting the people around em to accept and understand said pronouns. While these ideas can seem imposing or strange in isolation and outside of context, biographical details are the best way to illustrate concepts that could otherwise seem extraordinarily dry.” (Source: The Comics Journal)

“Intermixed are lighthearted episodes relating Kobabe’s devotion to LGBTQ-inspired Lord of the Rings fan fiction and hero worship of flamboyant ice-skating champion Johnny Weir. Kobabe is a straightforward cartoonist who uses the medium skillfully (if not particularly stylishly), incorporating ample cheery colors, with a script that’s refreshingly smooth and nondidactic for the topic. This entertaining memoir-as-guide holds crossover appeal for mature teens (with a note there’s some sexually explicit content) and is sure to spark valuable discussions at home and in classrooms.” (Source: Publishers Weekly)

1 thought on “Gender Queer: A Memoir” 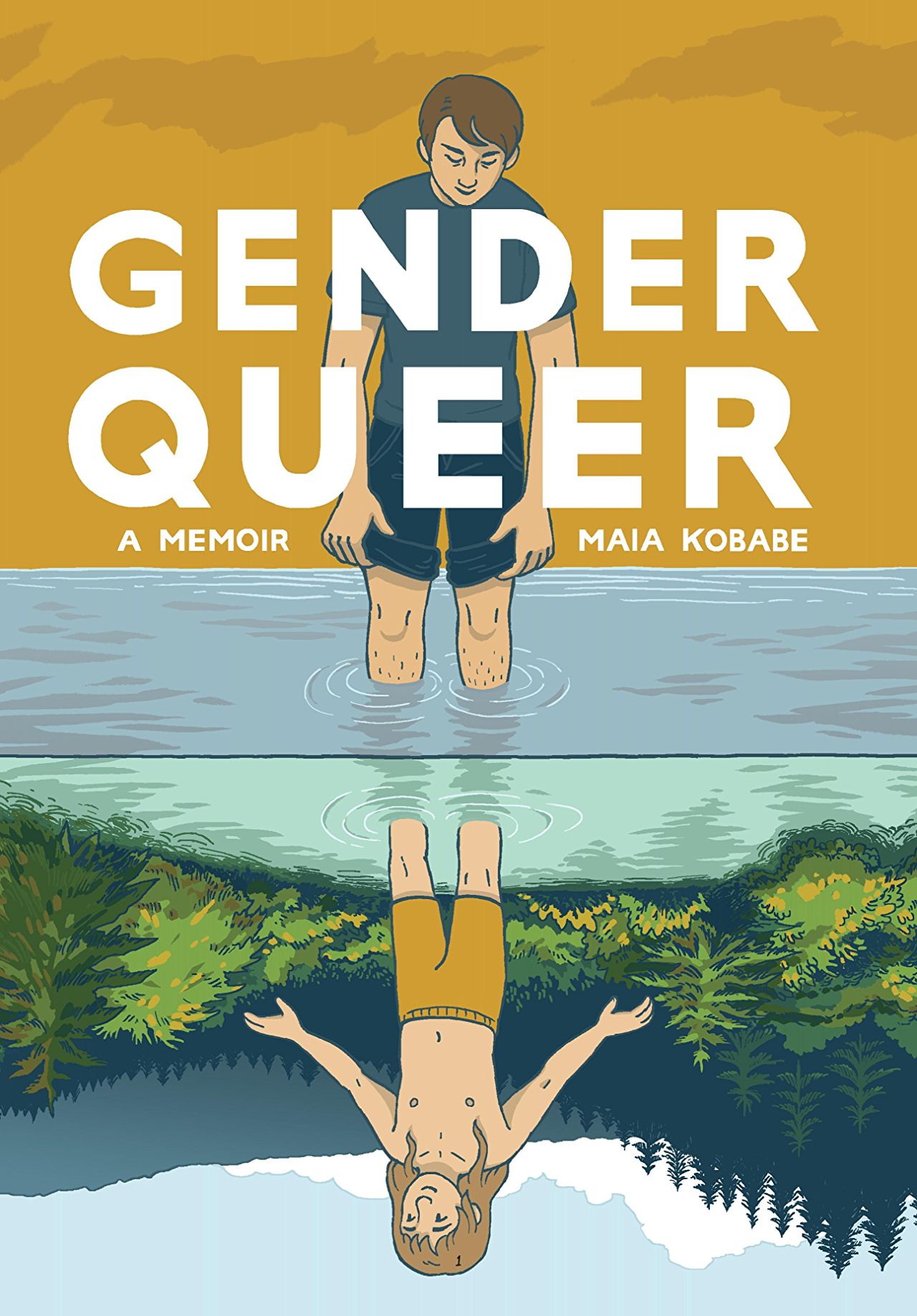