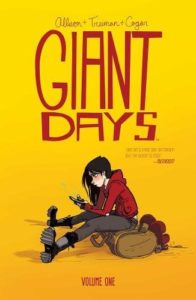 Giant Days is an entertaining, slice-of-life look at three friends away at university, and is a series fans of things like Scott Pilgrim will not want to miss!

WHAT IT IS: Susan, Esther, and Daisy started at university three weeks ago and became fast friends. Now, away from home for the first time, all three want to reinvent themselves. But in the face of handwringing boys, ‘personal experimentation,’ influenza, mystery mold, nuchauvinism, and the willful, unwanted intrusion of ‘academia,’ they may be lucky just to make it to spring alive.

This series features teen drug and alcohol use, including depictions of people being given drugs without their knowledge or consent. While not sexually explicit, Giant Days does include a number of sex jokes.

Giant Days was originally created as a webcomic before being picked up by BOOM! Studios, which published it as a monthly comic. It is related to, but can be read separately from, Allison’s previous comics, Bobbins, Scary Go Round, and Bad Machinery.

This series has been collected twice, once in softcover and once in hardcover.

Starred review: “Daisy, Susan, and Esther are best friends in their first year at university, and together they face down everything from ex-boyfriends to bad colds to Neanderthal bros who deserve a powerful education in the consequences of oafish male gaze. Though exaggerated facial expressions and cartoonish occurrences are frequent, the core of the story is the heartening friendship between the three girls, whose experiences are grounded in realism. Daisy has a comical run-in with her nana after a wild night out, but the story arc deals more with her burgeoning sexuality than appearing put-together for her elderly relative. Susan targets her erstwhile best friend in a misguided attempt at revenge, but she gradually realizes that forgiveness (however begrudging) makes for a powerful alliance. The overall tone is lighthearted, however, and Allison’s pitch-perfect teenage snark is the ideal match for Treiman and Cogar’s lush, candy-colored scenes full of rich, character-building detail and marvelous background action. With a masterful hand, they telegraph hilarious visual jokes with the subtlest of cues, like a raised eyebrow or flop of hair, and their figures are full of motion and vitality. A pairing of art and dialogue like this is uncommonly good, and with limitless potential for further stories, there’s happily plenty more down the road.” (Source: The Booklist)

“Few comics function as a conduit for happiness quite like Giant Days, the Boom! Box ongoing series about three British university students navigating the early throes of adulthood. Written by John Allison, who made a name for himself with his delightful webcomics Bobbins, Scary Go Round (which Giant Days is a spin-off of), and Bad Machinery, Giant Days tells deeply relatable, consistently hilarious stories about the trials and tribulations of growing up, realized through the wildly expressive artwork of Max Sarin, inker Liz Fleming, and colorist Whitney Cogar.

Allison’s background in webcomics is a major influence on the storytelling of Giant Days, with each page functioning as a standalone moment, usually ending with some sort of punchline. This structure makes the series doubly satisfying. You get a complete sequence on every page, but they all add up to form an engaging larger narrative for each issue. The structure also ensures that there’s never a break in the humor, and it forces Allison to come up with fun new situations for each page. This is still a book firmly grounded in reality, so these situations are always rooted in real issues, whether it’s the alienation of walking into a comic shop for the first time, the struggle of giving up smoking, or the disgust of living with messy roommates who leave food out overnight.” (Source: The AV Club) 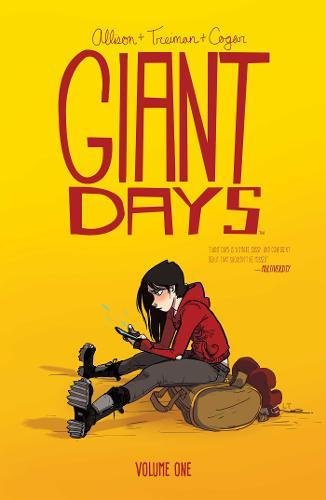 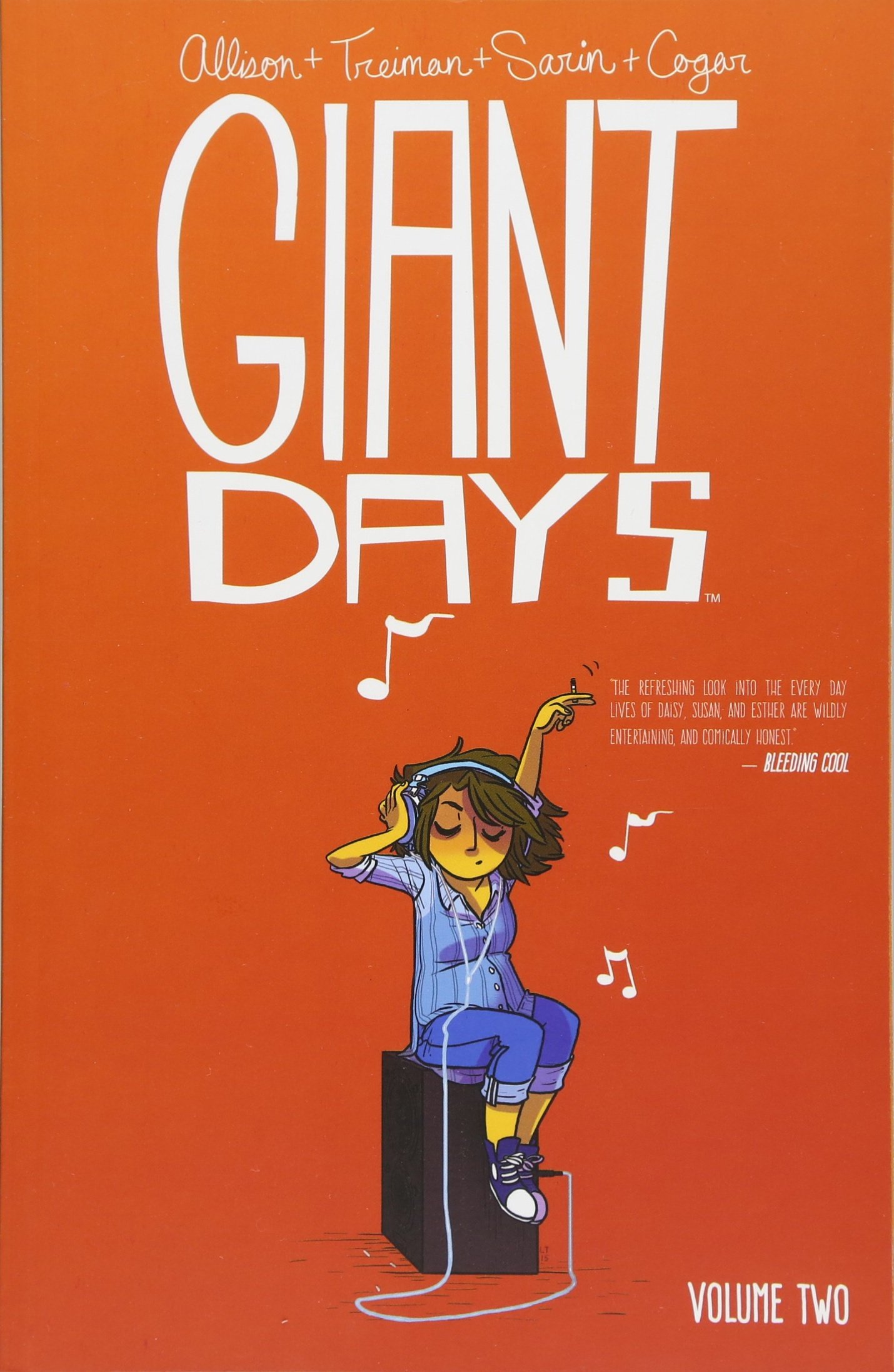 Susan, Esther, and Daisy started at university three weeks ago and became fast friends because their dorm rooms were next to each other. Now, away from home for the first time, all three want to reinvent themselves. But in the face of hand-wringing boys, ‘personal experimentation,’ influenza, mystery mold, nuchauvinism, and the willful, unwanted intrusion of ‘academia,’ they may be lucky just to make it to spring alive. Collects issues #5-8. 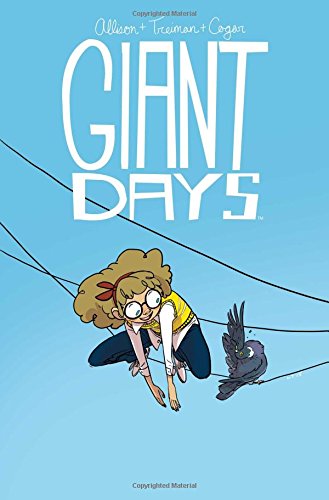 Continuing their first semester at university, fast friends Susan, Esther, and Daisy want to find their footing in life. The girls, along with their male hall-mates, Ed and McGraw find that college is more than academics and bad microwavable meals. Add some pub hopping, hookups, breakups and political scandal this might just be the most eventful first semester ever. Giant Days, the comedic slice-of-life series from creator John Allison (Bad Machinery, Scary Go Round) and fantastic newcomer Max Sarin, has graduated to a third volume, collecting issues 9-12 of the Eisner Award-nominated series.
From: Comixology 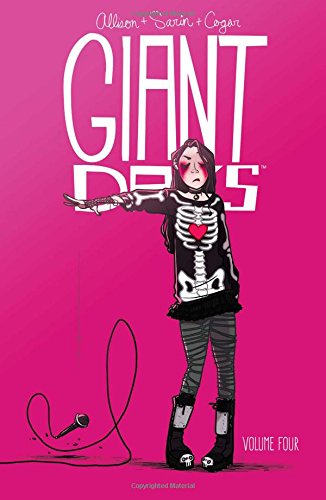 It’s springtime at Sheffield University-the flowers are blooming, the birds are singing, and fast-pals Susan, Esther, and Daisy continue to survive their freshman year of university. Susan is barely dealing with her recent breakup with McGraw, Esther is considering dropping out of school, and Daisy is trying to keep everyone and everything from falling apart! Combined with house-hunting, indie film festivals, and online dating, can the girls make it to second year? Collects issues #13-16. 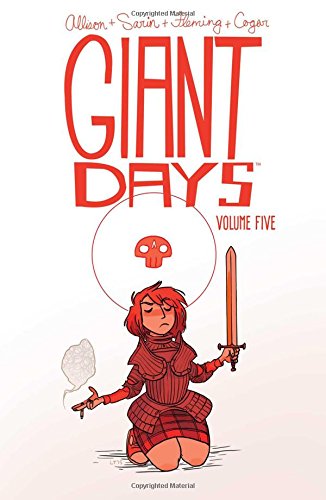 Written by John Allison (Bad Machinery, Scary Go Round) and illustrated by Max Sarin, Giant Days Volume 5 finishes off freshman year in style, collecting issues #17-20 of the Eisner Award-nominated series. Their freshman year is finally coming to a close and Daisy, Susan, and Esther say goodbye to Catterick Hall forever. Literally forever. It’s being bulldozed and re-purposed as a luxury dorm next semester. But as one door closes, another opens and between end of semester hookups, music festivals, and moving into their first home together, their life experiences are just getting started. 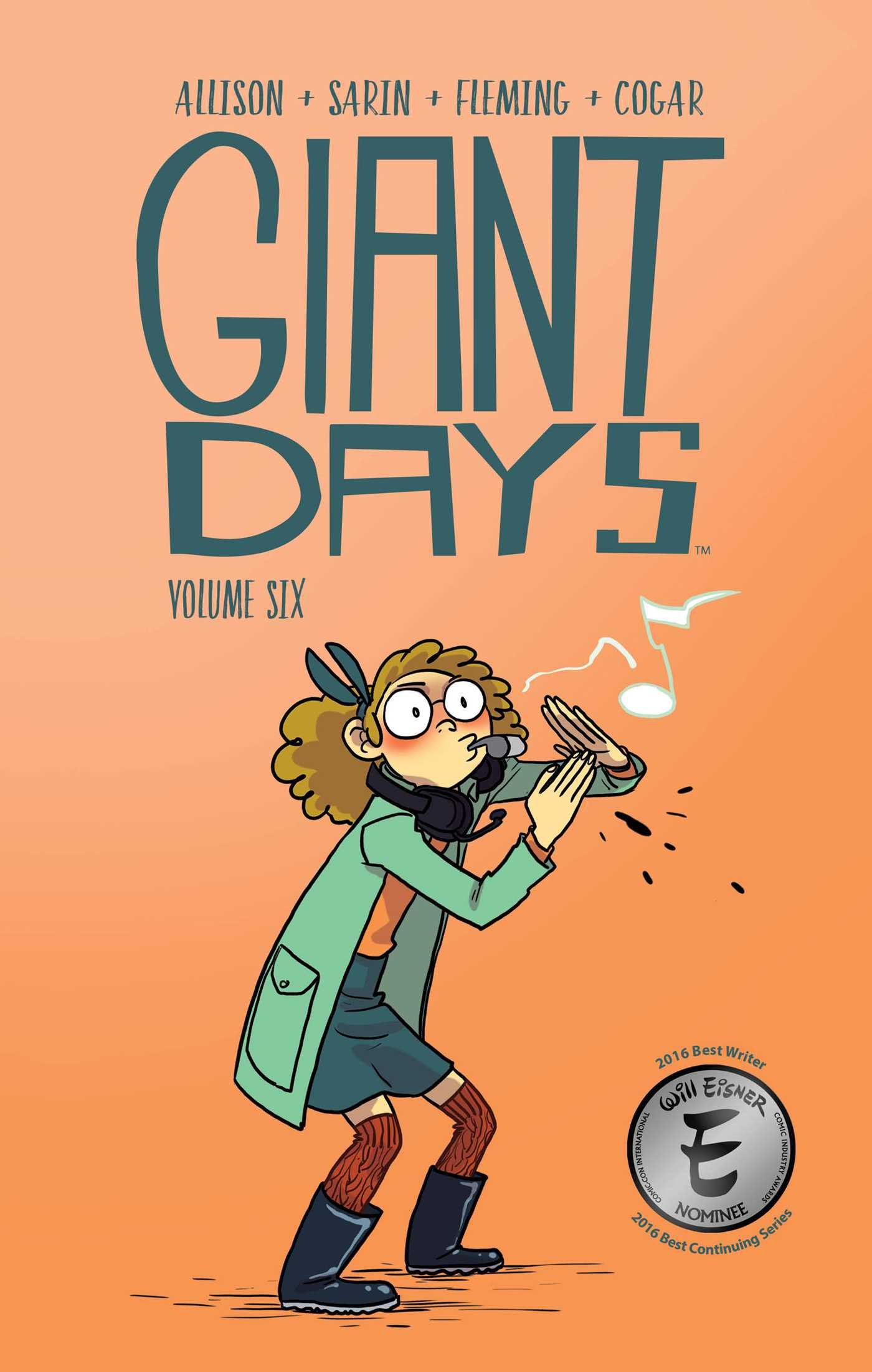 Second year begins and Daisy, Susan, and Esther have taken their friendship commitment to the next level by moving off-campus. But the keys came with a whole new load of responsibilities. Unwanted suitor visits, a robbery, and Susan living only a few blocks apart from her ex-boyfriend, McGraw, has made the dorms feel like a haven. The girls are in for a dose of reality when they learn that there’s more to being an adult than paying your own rent. Eisner Award nominee John Allison (Bad Machinery, Scary Go Round) and illustrator Max Sarin welcome you back to Sophomore year in Giant Days Volume 6, collecting issues #21-24 of the critically-acclaimed series. 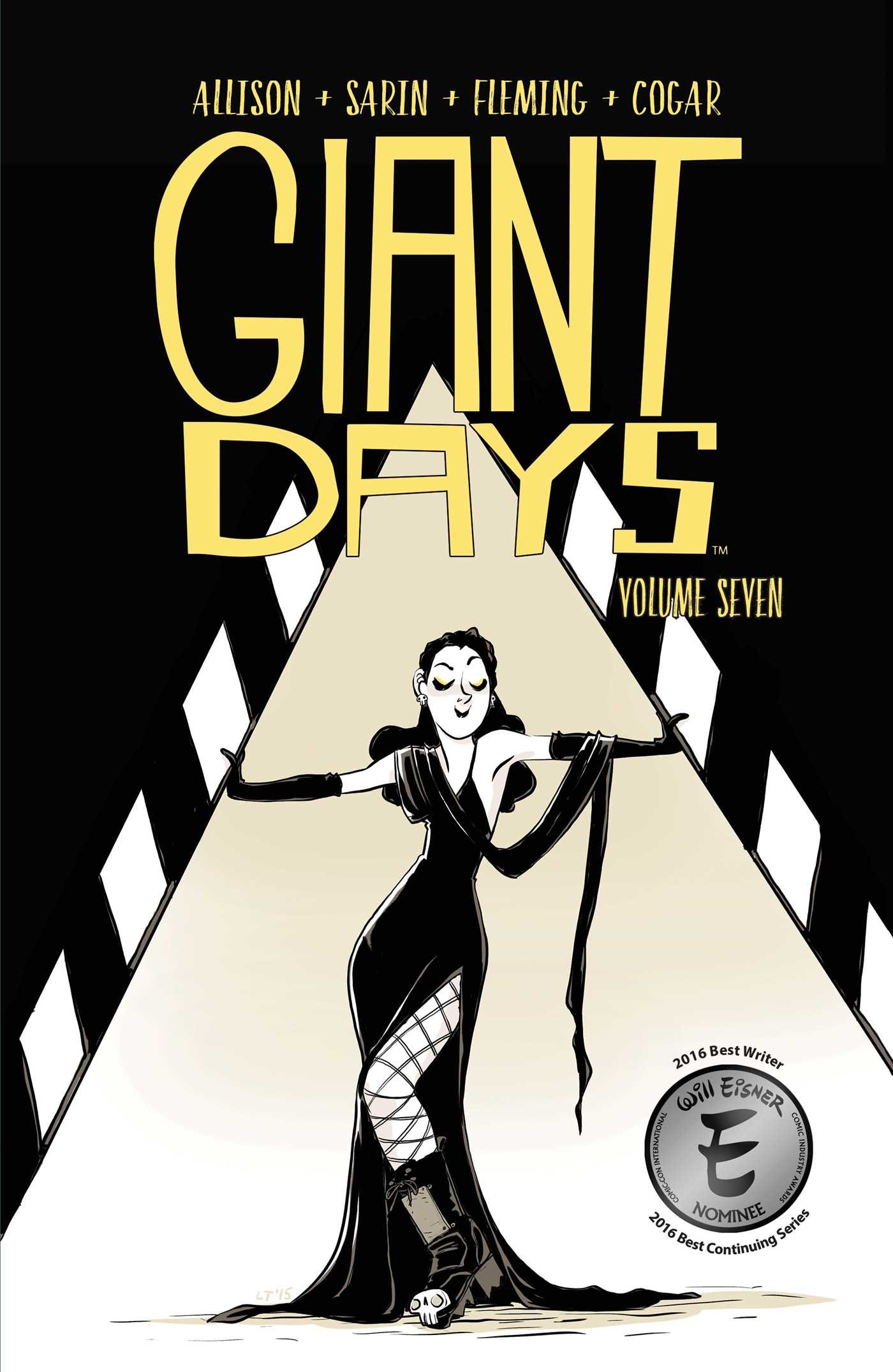 Fast friends Susan, Daisy, and Esther continue their second year at Sheffield University. Education and looking ahead to the future isn’t all that college holds in store for these ladies-grocery store protests, family reunions, and even an MMORPG wedding are all on this semester’s docket. Collects issues #25-28 of the Eisner Award-nominated series. 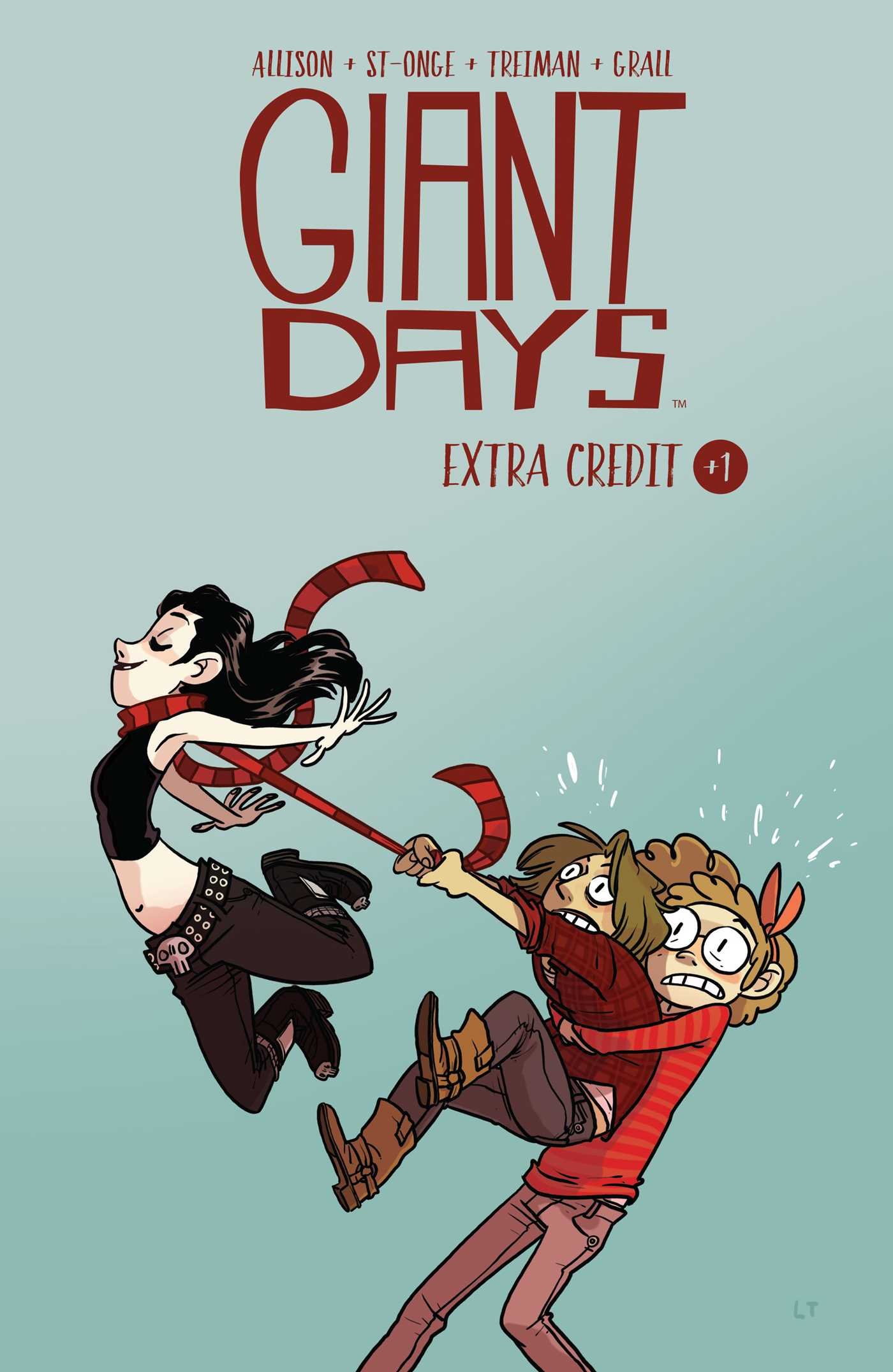 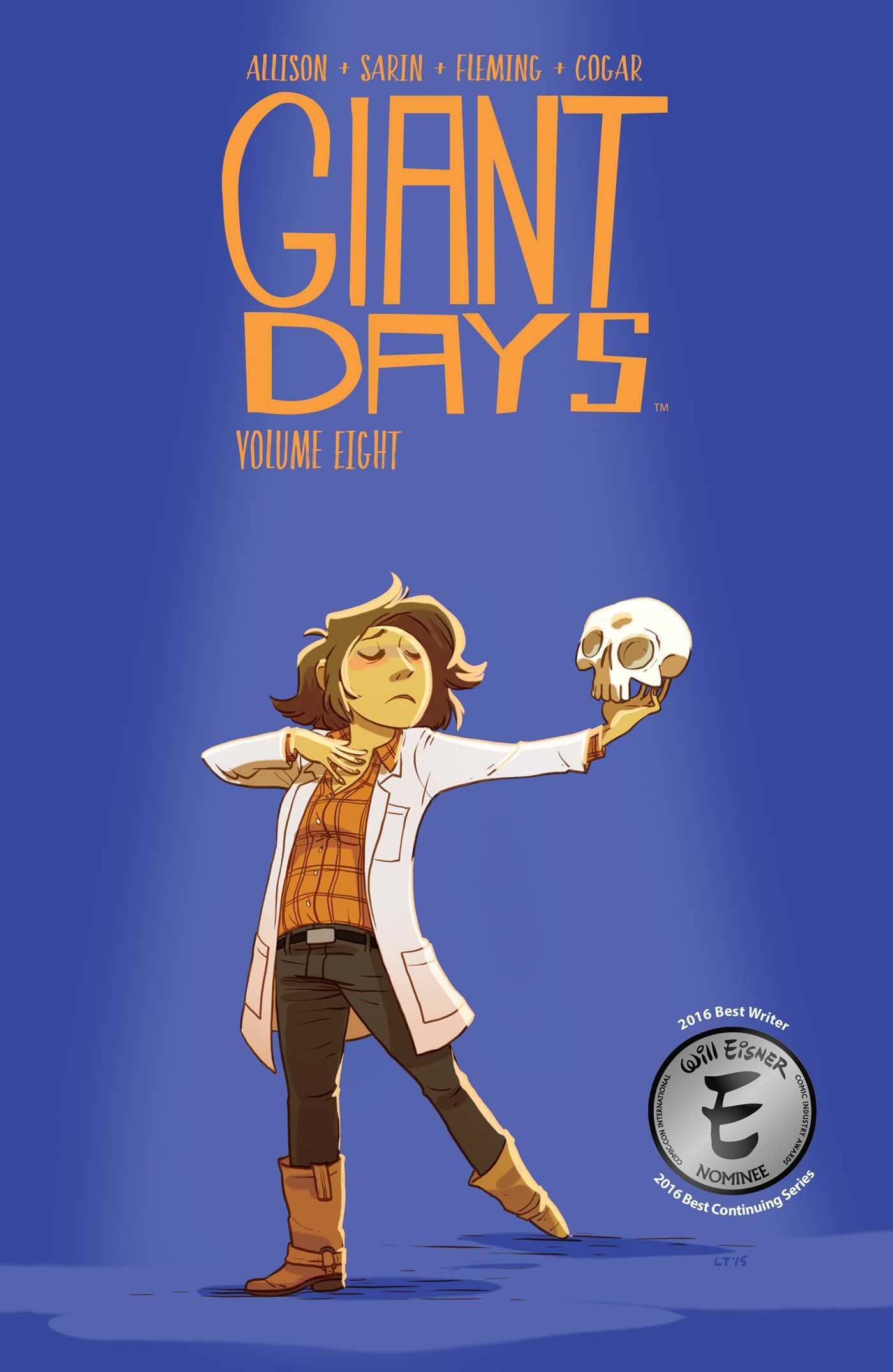 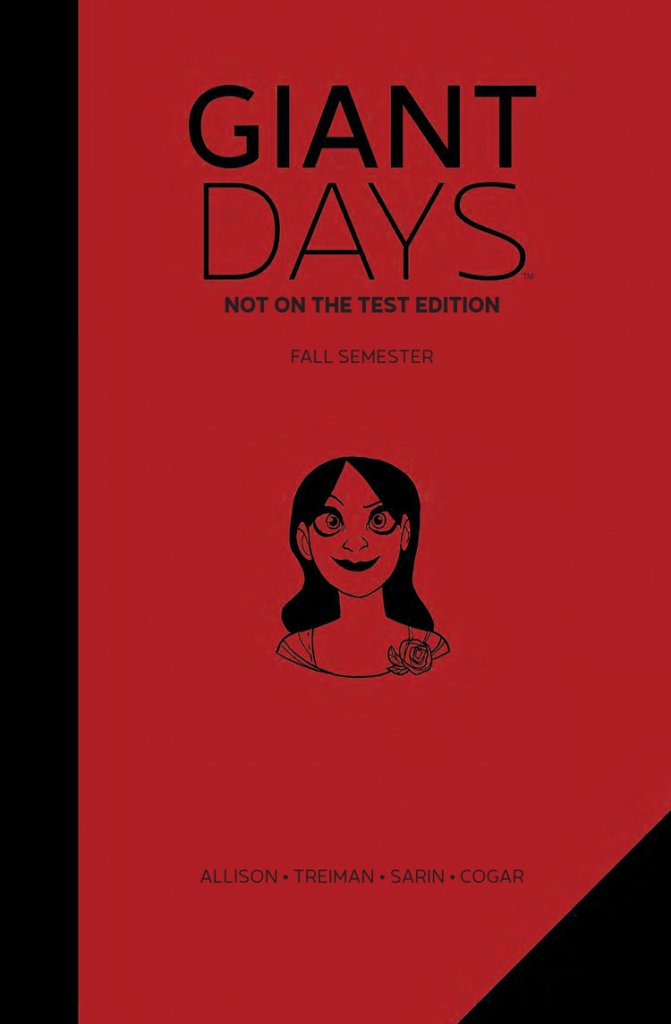 Giant Days Not on the Test Edition, Vol. 1: Fall Semester 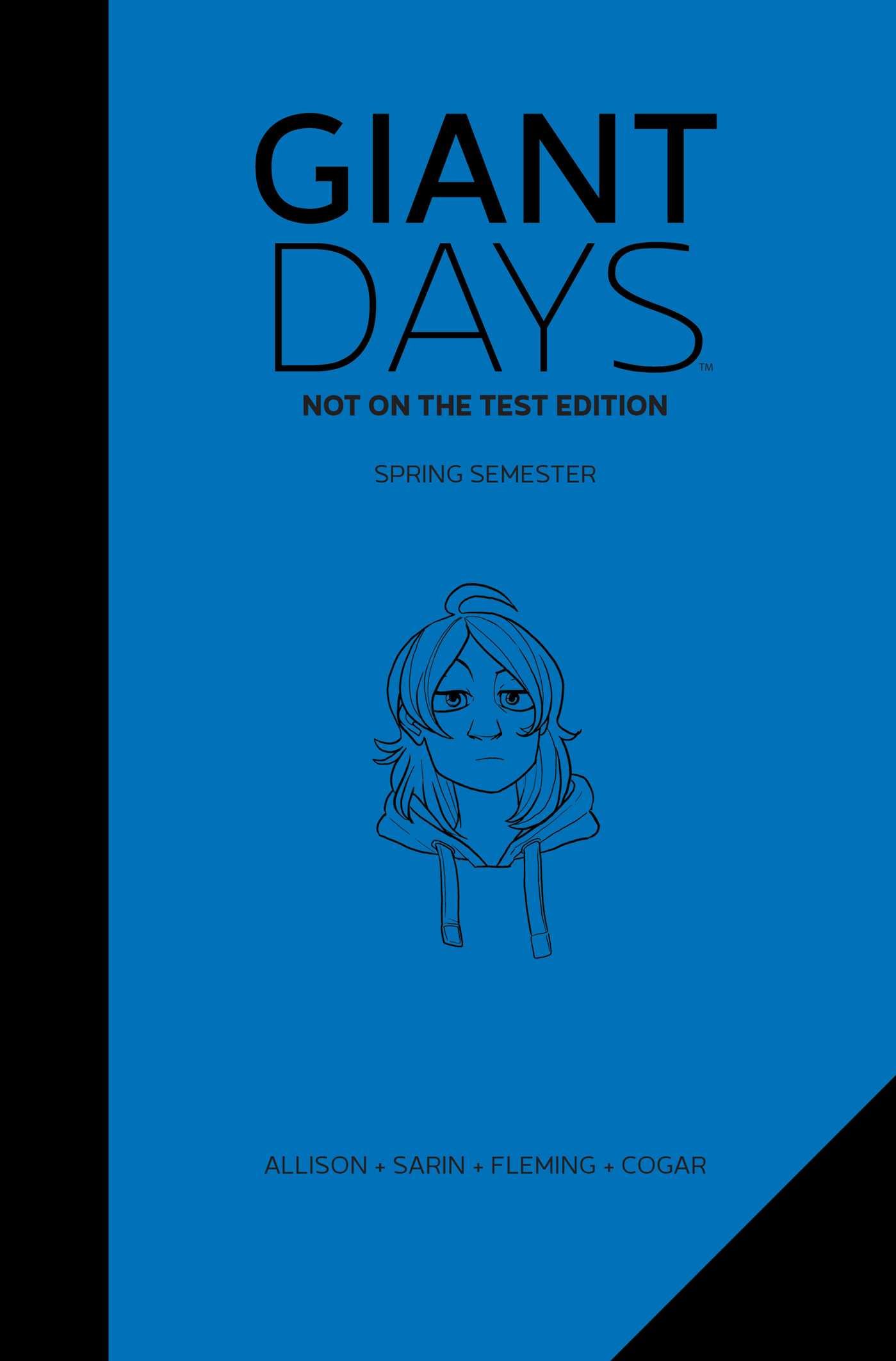 Giant Days Not on the Test Edition, Vol. 2: Winter Semester 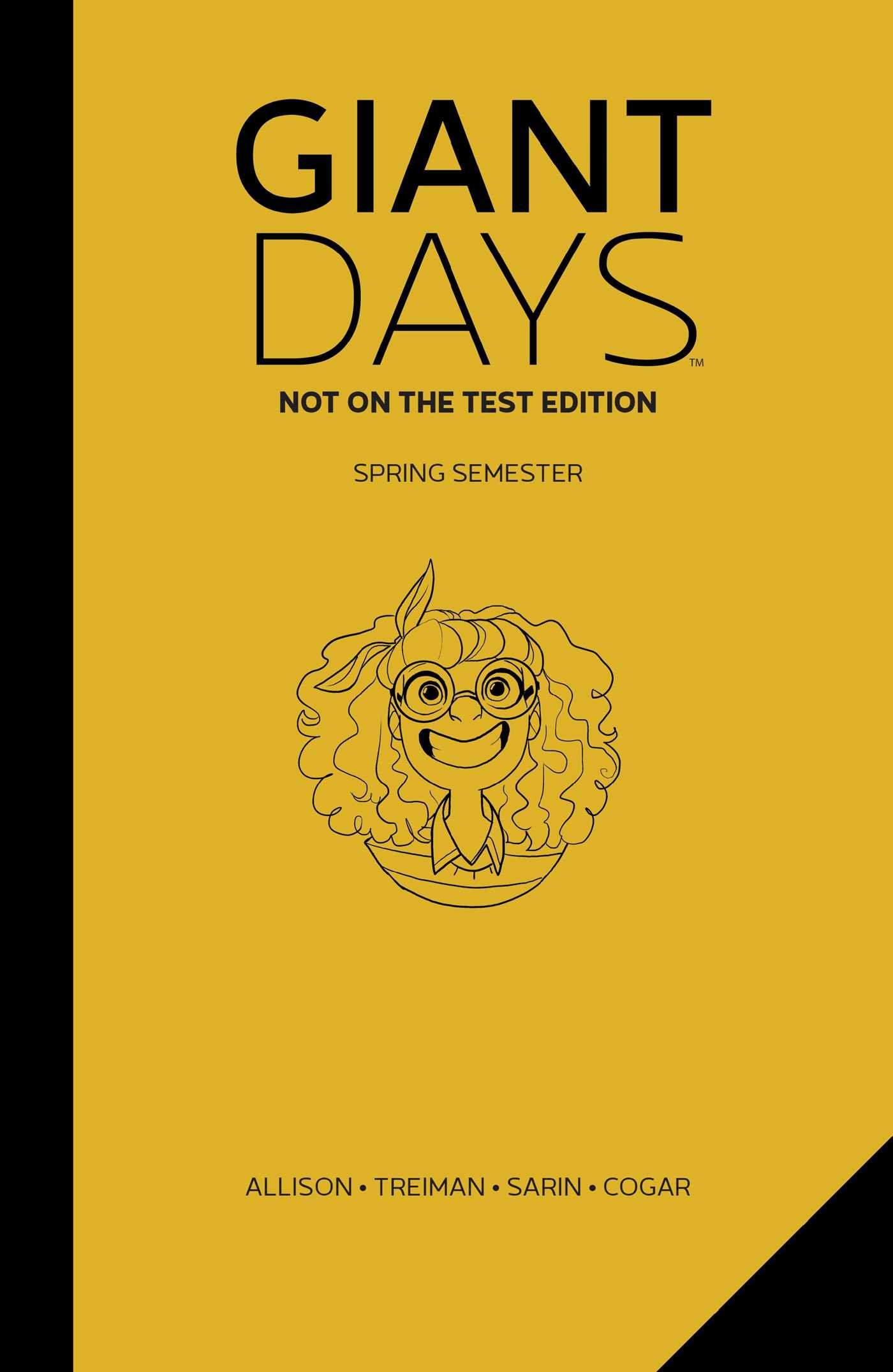 Giant Days Not on the Test Edition, Vol. 3: Spring Semester