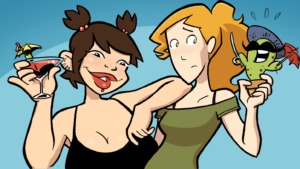 This slice-of-life webcomic follows a diverse group of 20-somethings as they learn about themselves and each other with the help of alcohol and a talking cactus.

This series features an ensemble cast, several members of which fall on the LGBTQIA spectrum.

Erin, a major supporting character, is asexual, but not aromantic.

“If you’re a new reader you’d probably like to know what you’re getting into, so here’s a quick summary: Girls With Slingshots is a slice-of-life, comedy webcomic that follows the shenanigans of a quirky group of friends. Our protagonists are Hazel, an often-unemployed journalist who loves alcohol and irresponsibility, and Jamie, a photographer/florist who is responsible and caring, but still loves alcohol. Hazel and Jamie’s friend group grows throughout the strip, and includes Clarice, a porn store employee who really wants to be a librarian, Jameson, a barista who’s always there to listen, Maureen, an introverted blogger with a love of cardigans, Thea, a writer/editor who’s unlucky in love, and McPedro, a talking cactus (we’ll get to that later.) Don’t be fooled! There are no stereotypes in GWS, only real, complicated people who you’ll quickly come to adore.” (Source: Women Write About Comics)

The Washington Post: “Danielle Corsetto on the end of her long-running comic ‘Girls With Slingshots’“

1 thought on “Girls with Slingshots” 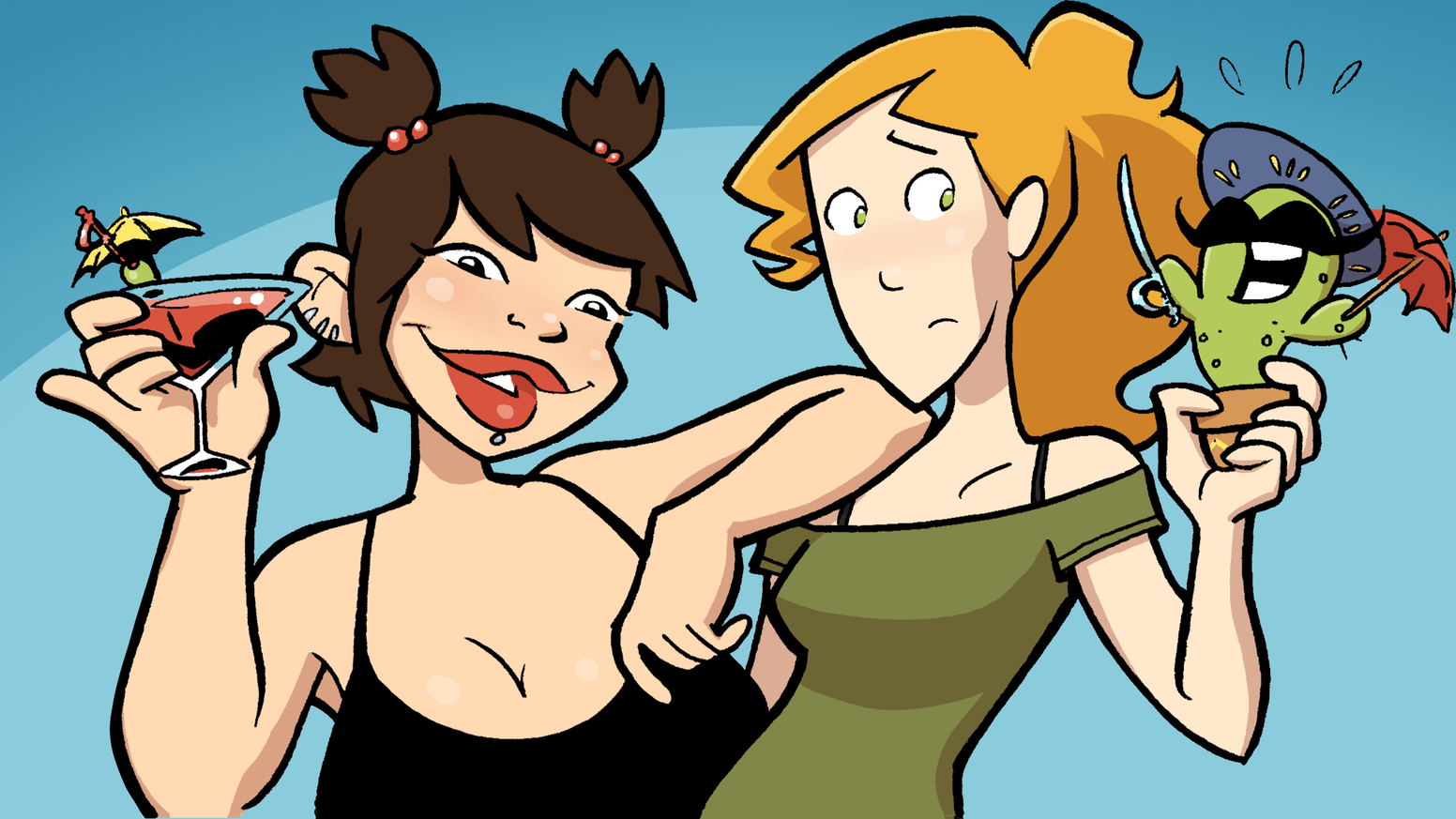 The Complete Girls With Slingshots

Danielle Corsetto’s Girls with Slingshots debuted September of 2004, and ran for over 10 years, winning a Reuben Award, publishing thousands of strips, and gaining thousands upon thousands of loyal readers. By the time of the comic’s grand finale in March of 2015, GwS was one of the biggest names in online comics, with countless fans visiting daily to read about the lives, loves and adventures of Hazel, Jamie, and their friends.