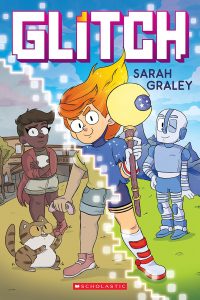 Izzy has an incredible secret — she can enter the world of her new video game! She meets Rae, a robot who says Izzy is destined to save Dungeon City from the Big Boss. How is this possible?! And how can she fight for this virtual world when she’s got a whole real life to keep up with: her family (though she could do without her mom’s annoying cat), and her best friend, Eric. Things get even weirder when Izzy loses a life while in the game, and she starts to worry about what might happen if she gets a Game Over for good. Meanwhile, Eric has been VERY UPSET with Izzy since she’s been keeping secrets and bailing on their plans. Can Izzy survive Dungeon City and save their friendship?

“Those looking for adventure will not be disappointed—there are many dungeons to pillage and monsters to defeat for our protagonist—but the story’s greatest strength is Graley’s strong sense of humor, as Izzy’s hilarious commentary on everything from her parents to video-game culture is spot-on and delightful. Graley strikes a nice balance between the comedy of wacky scenarios and random jokes and the earnest, heartfelt story about a conflicted girl drifting apart from her friend. Graley’s bold, playful artwork keeps the humor front and center with over-the-top facial expressions and cartoonish character design. An epic win. Grades 3-6.” (Source: Booklist Reviews 2019 April #2)

“The bright, rich color palette matches the upbeat and zany personality of the characters, game world, and conflict. The paneled page layouts are equally animated. Graley plays with tropes to create a comical, over-the-top villain. Izzy’s real growth comes from admitting her wrongs to her friend and learning the power of teamwork rather than from defeating a bad guy. Izzy has pale skin, but that her parents seem to be a mixed-race couple suggests she is biracial; Eric has brown skin and uses the pronouns she and her.” (Source: Kirkus)

“Art by Graley (Kim Reaper) reflects the gaming world with blocky characters, eight-bit-style lettering, and iconic visuals, including character profiles, health meters, and mission screens. Graley’s comic includes a thinly veiled criticism of the addictive nature of video games and electronic entertainment, but readers will likely focus less on the message and more on the absorbing art and the story of incidentally diverse friends navigating worlds and growing closer along the way. Ages 8–12.” (Source: Publishers Weekly Reviews 2019 March #3)

“The pacing sometimes feels a little off, but a major twist near the end will keep readers turning pages. Graley’s artwork is richly detailed, especially in Dungeon City. (A particular highlight is when Izzy gets to choose her character type and obtains cool new powers and a space witch costume.) The characters’ expressions are often humorously exaggerated. The focus on girl gamers is refreshing, and there are video game in-jokes galore.” (Source: School Library Journal Reviews 2019 April) 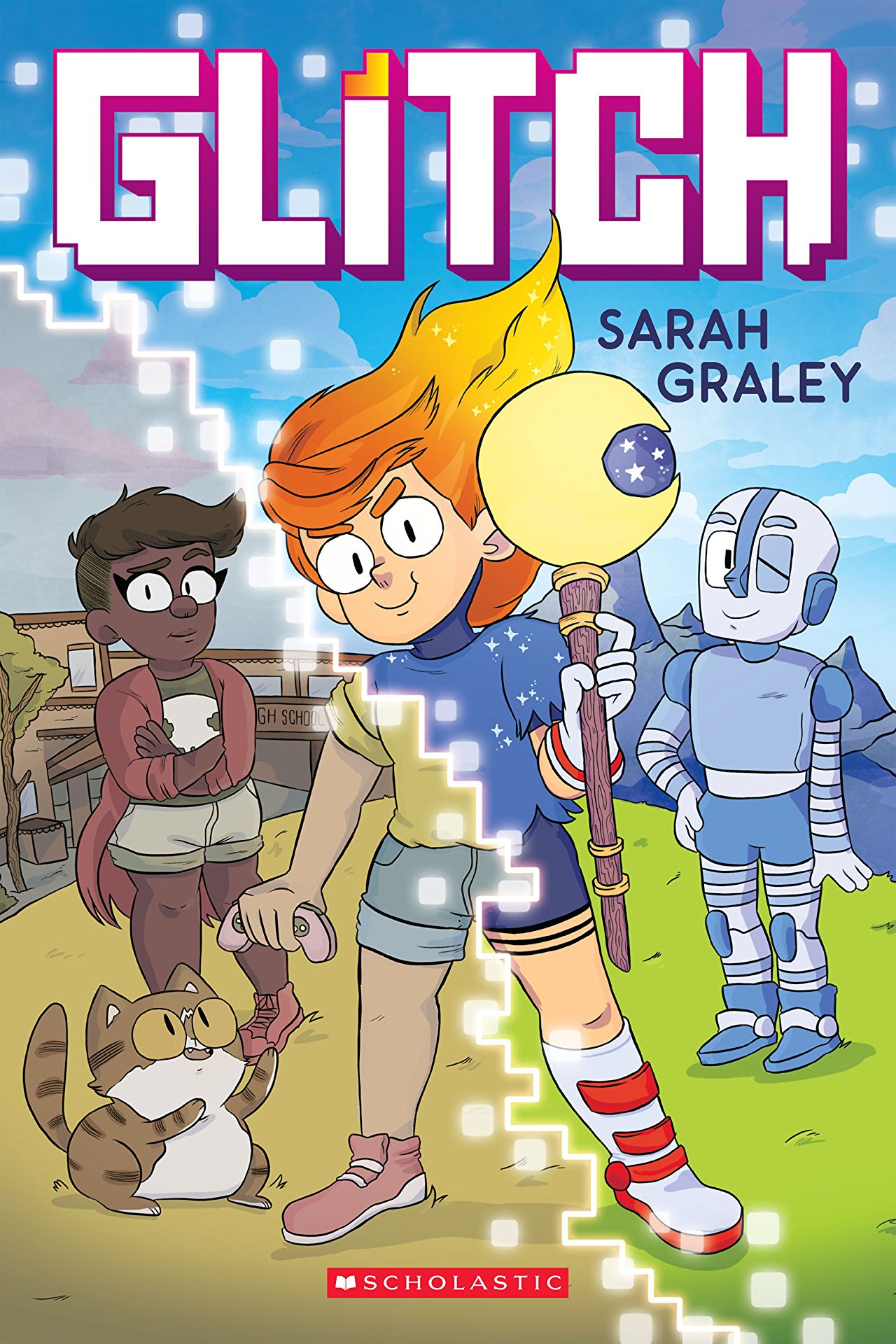