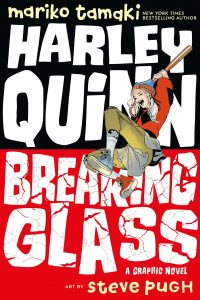 Harley Quinn: Breaking Glass is a coming-of-age story about choices, consequences, justice, fairness, and progress and how a weird kid from Gotham’s poorest part of town goes about defining her world for herself. From Eisner Award and Caldecott Honor-winning author Mariko Tamaki (This One Summer, Supergirl: Being Super).

Harleen is a tough, outspoken, rebellious kid who lives in a ramshackle apartment above a karaoke cabaret owned by a drag queen named MAMA. Ever since Harleen’s parents split, MAMA has been her only family. When the cabaret becomes the next victim in the wave of gentrification that’s taking over the neighborhood, Harleen gets mad.

This title reimagines the character of Harley Quinn as a teenager attending high school in Gotham.  It can be read separately from any other work featuring the character.

Several characters in the supporting cast are drag queens. Some self-identify as gay men, while others do not state how they identify in terms of gender / sexuality.

This title features a character who seems to be a take on Poison Ivy who is Black and Asian. Harley Quinn and Poison Ivy have been shown to be in a romantic relationship in other iterations, but no such relationship is directly depicted between this version of these characters. Harley Quinn is traditionally depicted as bisexual, but is not identified as such in this title.

“Tamaki (This One Summer) neatly maps DC universe characters—and their wealth, wits, and willingness to get their hands dirty—to high school drama. Harley is a relatively breezy character whose questionable ethics often mirror those closest to her, and pairing her with a found family of drag queens and community organizers directs her chaotic whimsy toward a social justice bent. The diverse cast is depicted in a realistic, frenzied art style by Pugh (Hellblazer), whose dynamic illustrations are particularly suited to the story’s stunning costumes and over-the-top dramatics. Ages 13–17.” (Source: Publishers Weekly) 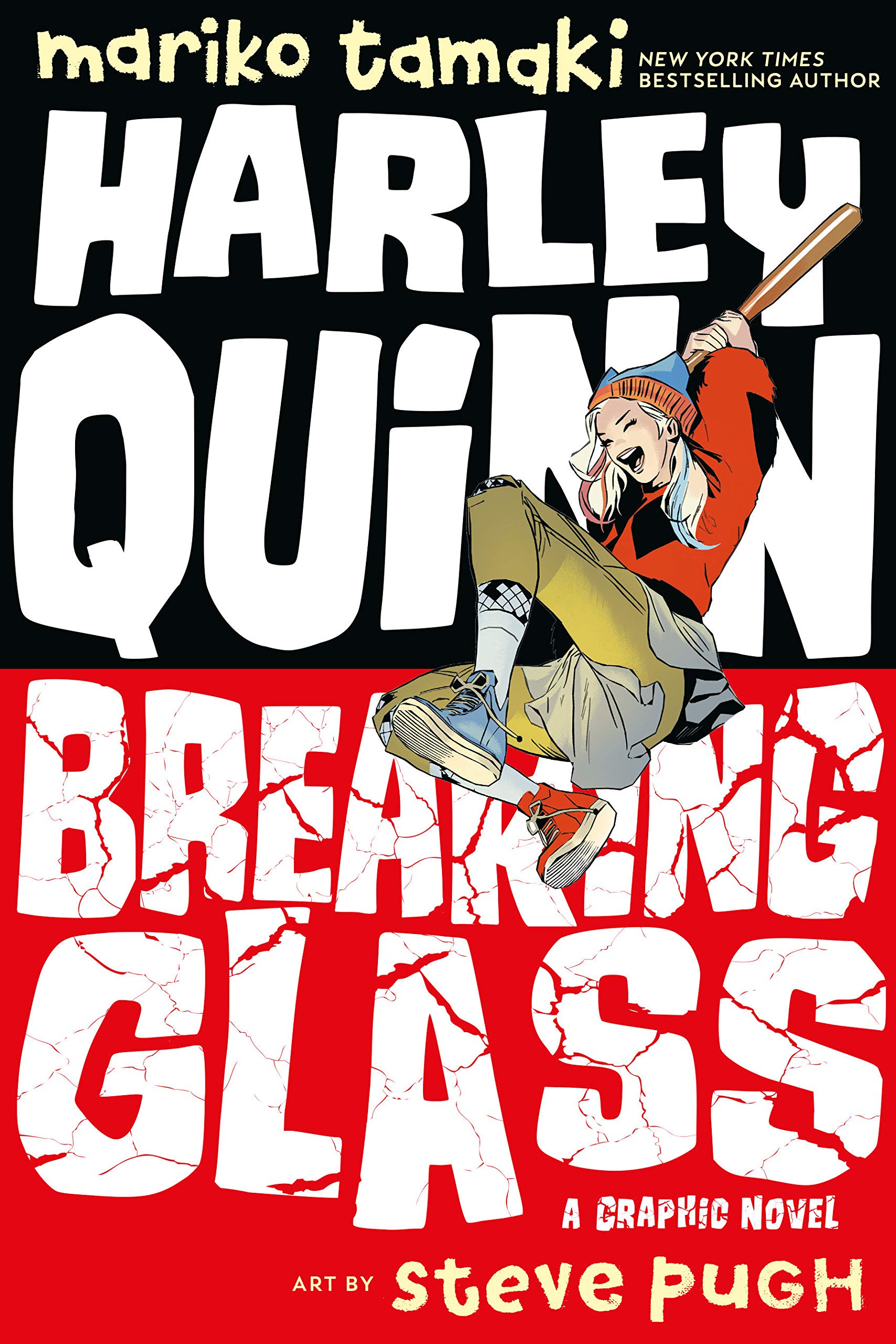