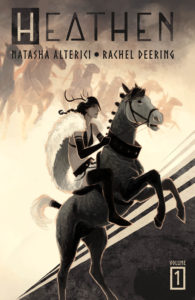 Aydis is a viking, a warrior, an outcast, and a self-proclaimed heathen. Aydis is friend to the talking horse Saga, rescuer of the immortal Valkyrie Brynhild, and battler of demons and fantastic monsters. Aydis is a woman. Born into a time of warfare, suffering, and subjugation of women, she is on a mission to end the oppressive reign of the god-king Odin.

From: The back cover

Heathen features several queer female characters, including the main character, Aydis, who is a lesbian.

“Alterici has a clear fascination with myths, and over the course of these four issues she incorporates more legendary figures like Sigurd, the hero most heavily associated with Brynhild in mythology; Hati and Skull, the two wolves that bring about the end of days when they eat the sun and the moon; and Freyja, the sensual goddess of love who tries to tempt Aydis away from Brynhild. The series operates on two levels: It’s a sweeping Nordic fantasy, but it’s also a personal story about coming out and coming of age in a culture that doesn’t accept who you truly are. The intersection of those two narrative planes is what makes Heathen so engrossing, and the grander elements of the plot have more emotional impact because they are tied to Aydis’ queer awakening.” (Source: A.V. Club)

“Part of the joy of reading this comic is seeing how Aydris’ quest is about validating the many fractals of her identity. The journey is about her life as a warrior, her life as a woman, her life as a gay woman, woven together with her belief that all of those things should be seen as good and valid. And her quest of choice — to free a Valkyrie against the orders of Odin himself — mirrors her fight for freedom against the patriarchal society she was born into.” (Source: Comics Alliance) 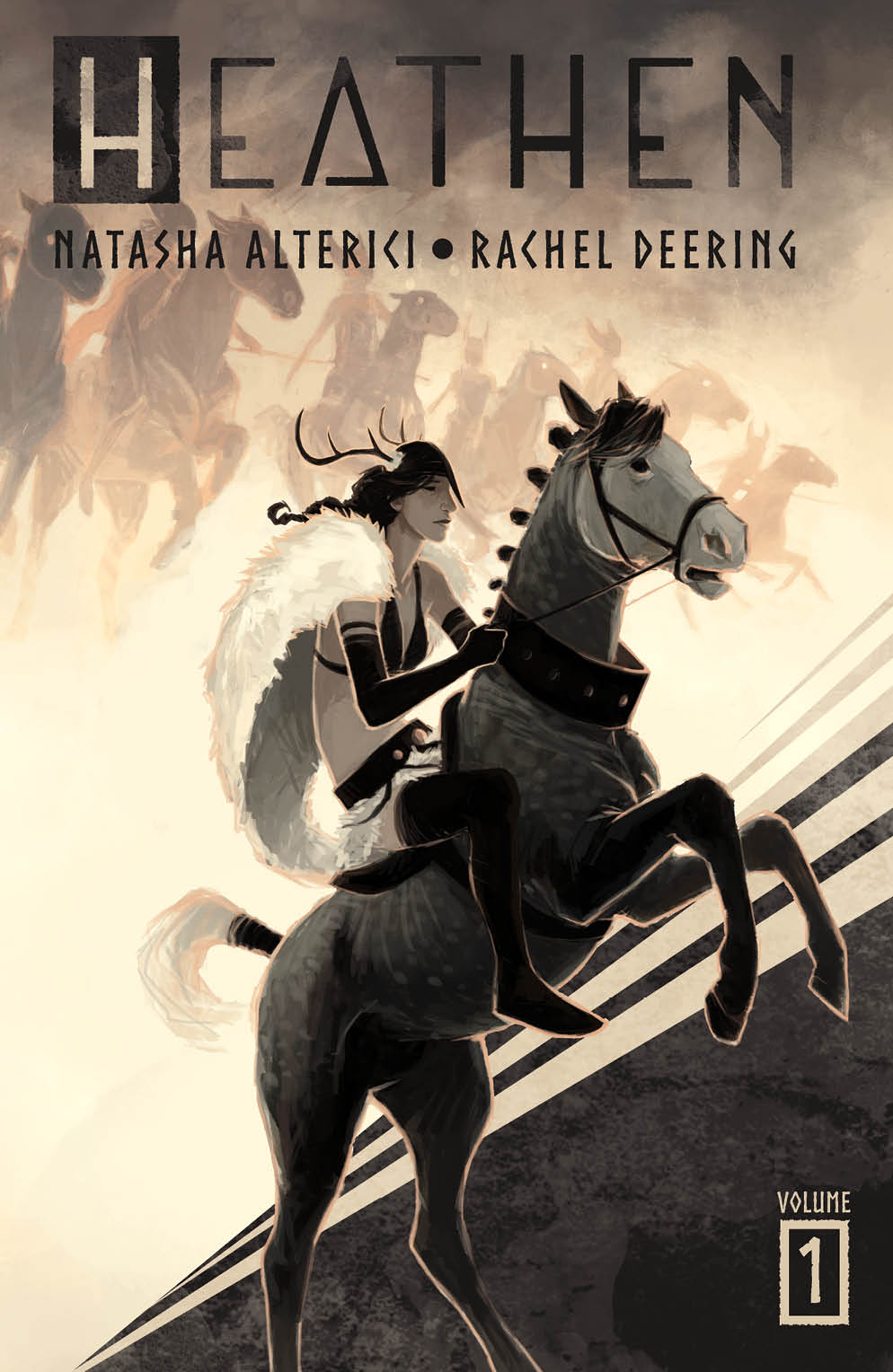