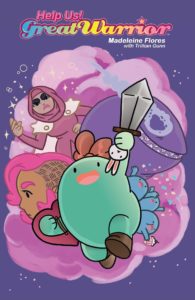 Help Us! Great Warrior is about a very powerful (but deceptively tiny) Great Warrior who protects her village from evil-doers and looks rad while doing it! Possessing great strength and even greater self-confidence, she’s ready to kick some butts and save everyone, especially hunks/pals/handsome skeletons. But Great Warrior has a secret…and will her friends stand by her side when they find it out?

From: Simon and Schuster

This title was based on a webcomic that is no longer available online.

“In “Help Us! Great Warrior” #1 by Madeleine Flores, the main character has no other name than Great Warrior, and that’s the first of many gleeful jokes about the heroic warrior stereotype. This type of extended subversion of the heroic warrior trope has been attempted before in many media, but Flores’ take still feels fresh and distinctive for its emphasis on cuteness and sloth. Instead of being muscular, male and ready for any challenge at any time, Great Warrior is cute, short, round, feminine and lazy. The humor is goofy and whimsical in the same vein as the “Adventure Time” family of comics. Flores’ exposition introduces characters organically without any information dumps, and there are no slow moments.” (Source: CBR)

“Help Us! Great Warrior is the latest effort from cartoonist Madeleine Flores, who took the strip from humble beginnings on Tumblr to the eight-issue limited series it now has with BOOM! Box. The comic found a strong following quickly when it was introduced online, so it’s no surprise that this new iteration has already seen acclaim and success. Who wouldn’t be able to relate to a lumpy warrior whose main concerns are looking cute, eating junk food, and defeating evil?” (Source: Comics Beat) 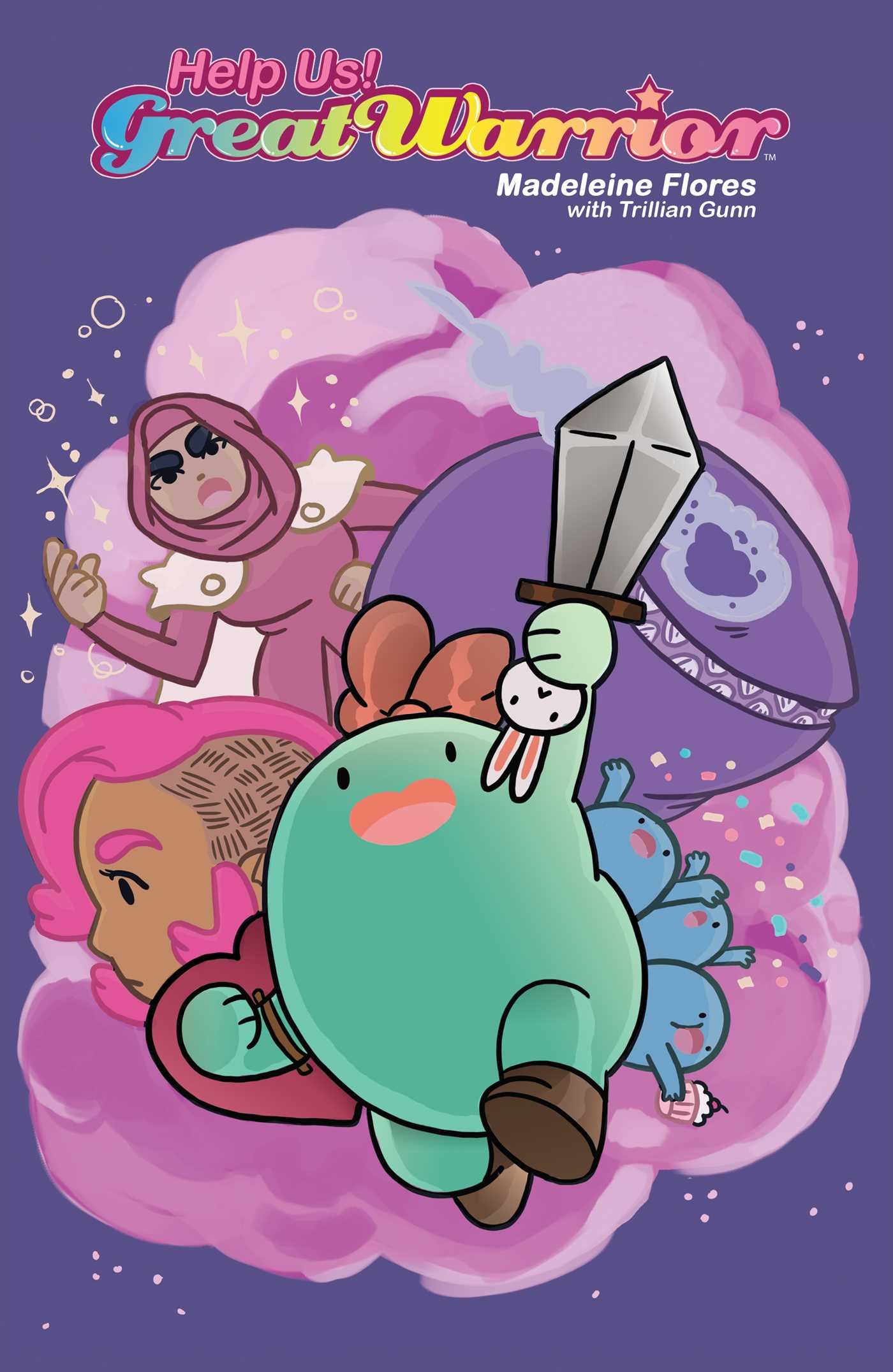