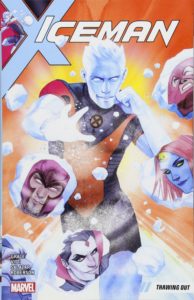 Bobby Drake has been in the super-hero game longer than most — but what is he known for besides a few good one-liners and a string of failed relationships? The time is now or never for Bobby to build a life and legacy he can be proud of — and become the best Iceman he can be! But whether seeking ex-girlfriend Kitty Pryde’s advice on meeting guys or delivering his latest news to his parents, it won’t be easy — and that’s before a gang of revenge-seeking Purifiers comes calling! Still learning to be comfortable in his own skin, Bobby will meet someone who’s perhaps too comfortable in his: the Son of Wolverine himself, Daken! But when the moment of truth arrives, which is worse for Iceman: facing his parents — or the Juggernaut?

This series focuses on Iceman, one of the original X-Men, as he comes out as gay to his friends and family.

“The new Marvel series “Iceman” (whose first five issues became available in January as a single trade paperback) is the kind of compact, character-centered superhero comic that people who like the Marvel movies, or read realist graphic novels (like “Fun Home”) but haven’t embraced capes-and-tights books, can enjoy. It’s all about coming out as an adult, establishing your new identity while trying to keep the old one, and trying to meet the needs of the people you already know and love. As depicted by the writer Sina Grace, adult Bobby has a life and a job and a set of awesome responsibilities, including teaching kids how to use the Danger Room, the X-Men training facility. Can he keep all of it? What else should he do?” (Source: The New York Times)

“With expressive artwork, fluid narration, and quirky dialogue, this welcome volume puts X-Men’s Iceman in the spotlight. Bobby, the everyday face of the ice-throwing hero, realizes that even in a contemporary world where both mutants and LGBTQ identities are widely accepted, coming to terms with being gay is a challenge. He’s dedicated his life to fighting supervillains and helping other mutants accept themselves; ever supportive, he preaches to a young woman he rescues, “You never know how far your powers will take you, if you believe in yourself.” His temper is tested as Iceman when he’s confronted with a group of violent religious zealots, a new mutant with unique powers (and ego to match), and fan-favorite villains Daken and the Juggernaut. Despite all this, Bobby has a bigger and more worrisome problem: coming out to his critical parents. The writing speaks to challenges faced by many readers, and lifelike artwork slyly conveys Iceman’s emotional turmoil, even in seemingly calm moments between battles. Unfortunately, this is expected to be the first of only two volumes, as the series was canceled, but the buzz around the writer and the rarity of a standalone volume featuring a gay superhero make this well worth picking up, despite the looming cutoff. ” (Source: Publisher’s Weekly) 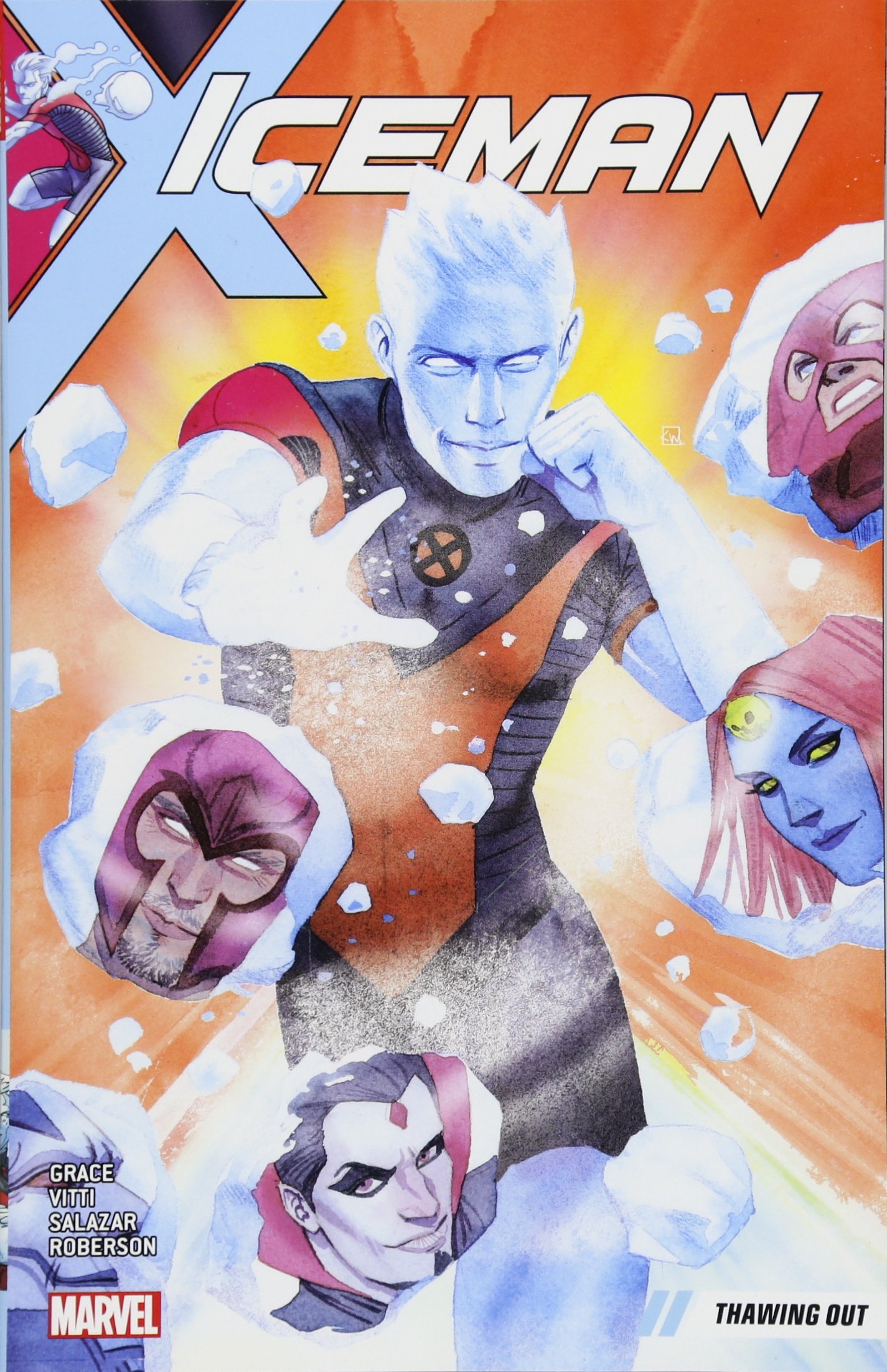 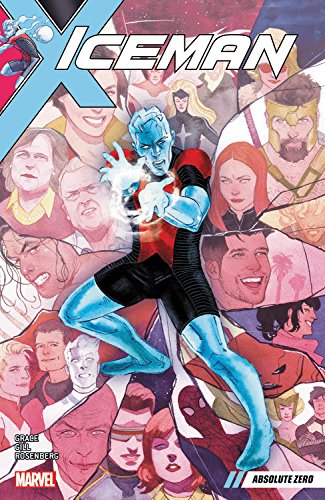 The Champions reassembled! Iceman reunites with Angel, Hercules, Ghost Rider and Darkstar, but will even they be enough to protect Los Angeles from a swarm of rogue, haywire Sentinels? All eyes are on Bobby — how will he fare as a leader? And as if that’s not enough, Iceman and his younger counterpart must team up — to face their parents! The Drakes have discovered the existence of the time-torn teen, but what are their true motives for engineering a meeting? And as Bobby looks to make his move to the City of Angels permanent, Daken resurfaces — with big plans for Iceman and the X-Mansion! Why has the son of Wolverine been training Bobby’s former student? Whatever the answer, it’s bad news for the X-Men. Iceman to the rescue!