Power & Magic: IMMORTAL SOULS is the immediate follow-up to POWER & MAGIC: The Queer Witch Comics Anthology, the award-winning collection of fantasy stories exalting the witch as an archetype of feminine power.

In IMMORTAL SOULS, all-new queer witches of color explore astral planes, necromancy, visions of death, and communion with the spirits of our world (…and the beyond).

From the euphoria of holding the stars in your grasp to the sacrifices we make to reach them, the POWER & MAGIC ANTHOLOGY SERIES explores what it means to be a person of power in all its complexity.

Immortal Souls is a follow-up to the first Power & Magic anthology. It was available digitally in 2017, and in print in 2018.

This title is composed of ten stories, each of which features a queer witch of color. The table of contents includes content warnings for each story, which include gaslighting, sexual abuser held accountable (abuse not depicted), weight loss, murder, body horror, coping with parental death, gun violence (non-graphic), and non-binary person faces mortal danger. 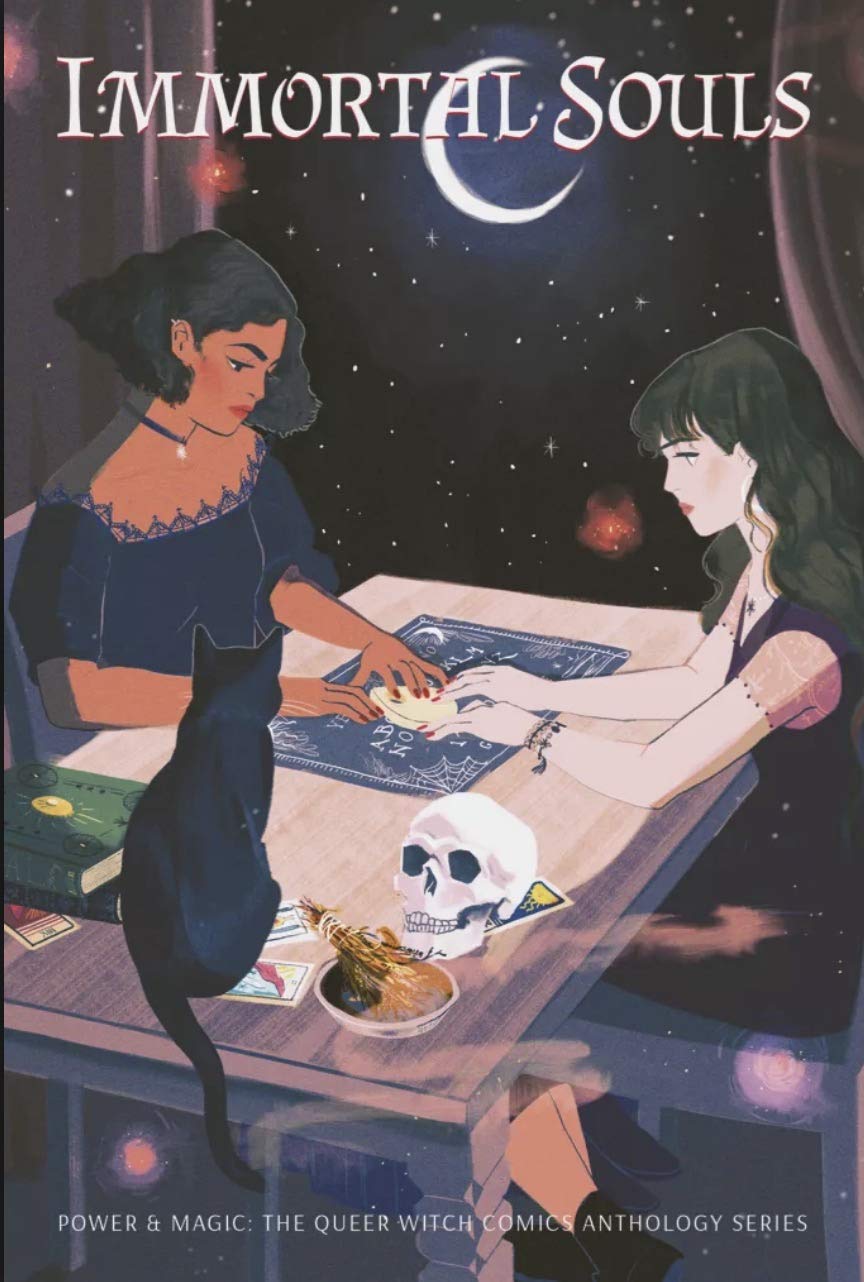