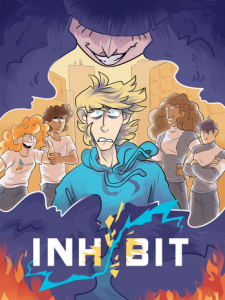 As a kid, Victor dreamed of training to be a superhero. That didn’t go so well.

Now, nine years later, Victor is a resident at the Earl Estate, a home for kids who haven’t yet demonstrated that they can control their powers. With his 18th birthday – and a transfer – only a few weeks away, he has one last chance to prove he is capable enough to receive his licence and go home to a normal life. But when he most needs things to go smoothly for once, everything starts to go wrong, and he finds himself tangled in the plot of a mysterious arsonist…

“Eve has managed to create a truly diverse cast in terms of race, gender and looks. One of the comics most upbeat and charming characters has a prosthetic leg which is revealed subtly and without drama in a montage detailing the students’ morning routines. While focusing on a few central characters there are others in the background and the cast page that I look forward to seeing. Eve’s art style is both playful and cartoony, her faces cute and expressive already showing a steady progression in technique.” (Source: Bleeding Cool) 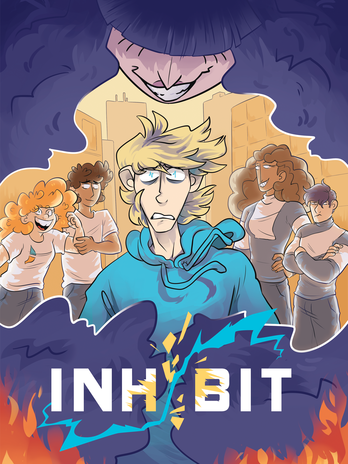 A 200+ page book collecting the prologue and first five chapters of the urban sci-fi webcomic! Includes book-exclusive relettering and retouched art, a bonus comic, and a concept art section.