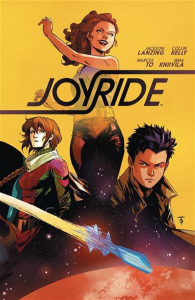 In the future, Earth sucks. The stars have been blocked out for so long that people have forgotten there was anything else besides the dumb World Government Alliance watching over them, training children to join the militarized Allied Youth and eliminating all resistance with a giant ray gun. Uma Akkolyte is a girl who shoots first and leaps before she looks, and when she gets a strange message from outside the barricades of SafeSky, she jacks a spaceship and punches through the stratosphere with an unlikely crew of teens who are totally not ready for what they’re about to find.

Through the course of the story, a supporting character loses a leg and has it replaced with a mechanical prosthetic.

““Joyride” #1 introduces us to Uma and her friend Dewydd. They live on Earth in the far future where the planet’s cities have been basically contained into these high tech, totalitarian state. Uma is a very educated young woman who wants more than what she’s been allowed to have. She has different colored hair, illegal shoes and a personality that’s not what you should have in this kind of world. Uma has a plan to get out of Earth and see the galaxy – literally.” (Source: Multiversity Comics) 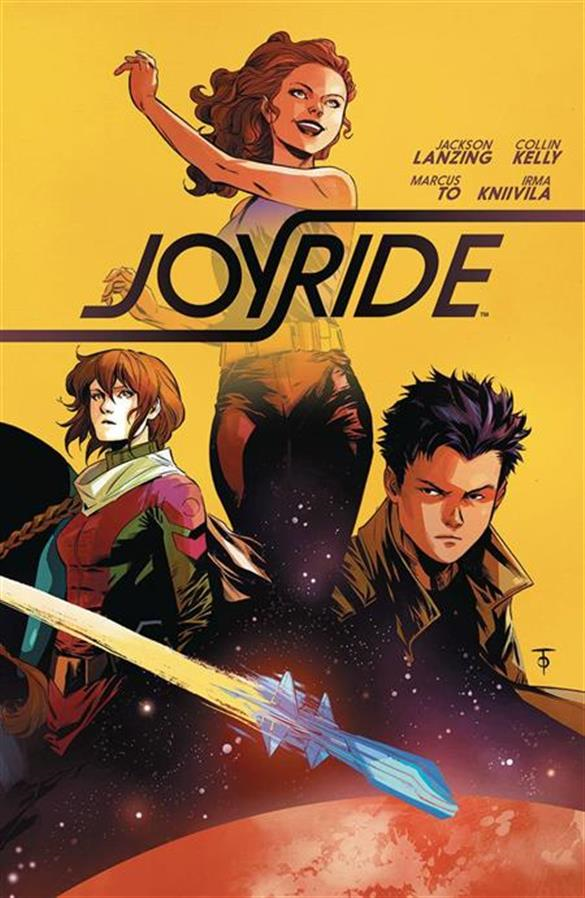 Earth sucks. The stars have been blocked out for so long that people have forgotten there was anything else besides the World Government Alliance watching over them. * When Uma  Akkolyte jacks an alien spaceship and punches through the stratosphere she sets forth on an adventure with an unlikely crew who are totally not ready for all the good, bad, and weird the universe will throw at them. * From writers Jackson Lanzing and Collin Kelly (Batman and Robin Eternal, Grayson) and artist Marcus To (Nightwing, New Avengers), Joyride is a rebellious love letter to the sci-fi genre, exploring what happens when nothing stands between a group of teens and their freedom amongst the stars. Collects issue #1-4 of the ongoing series. 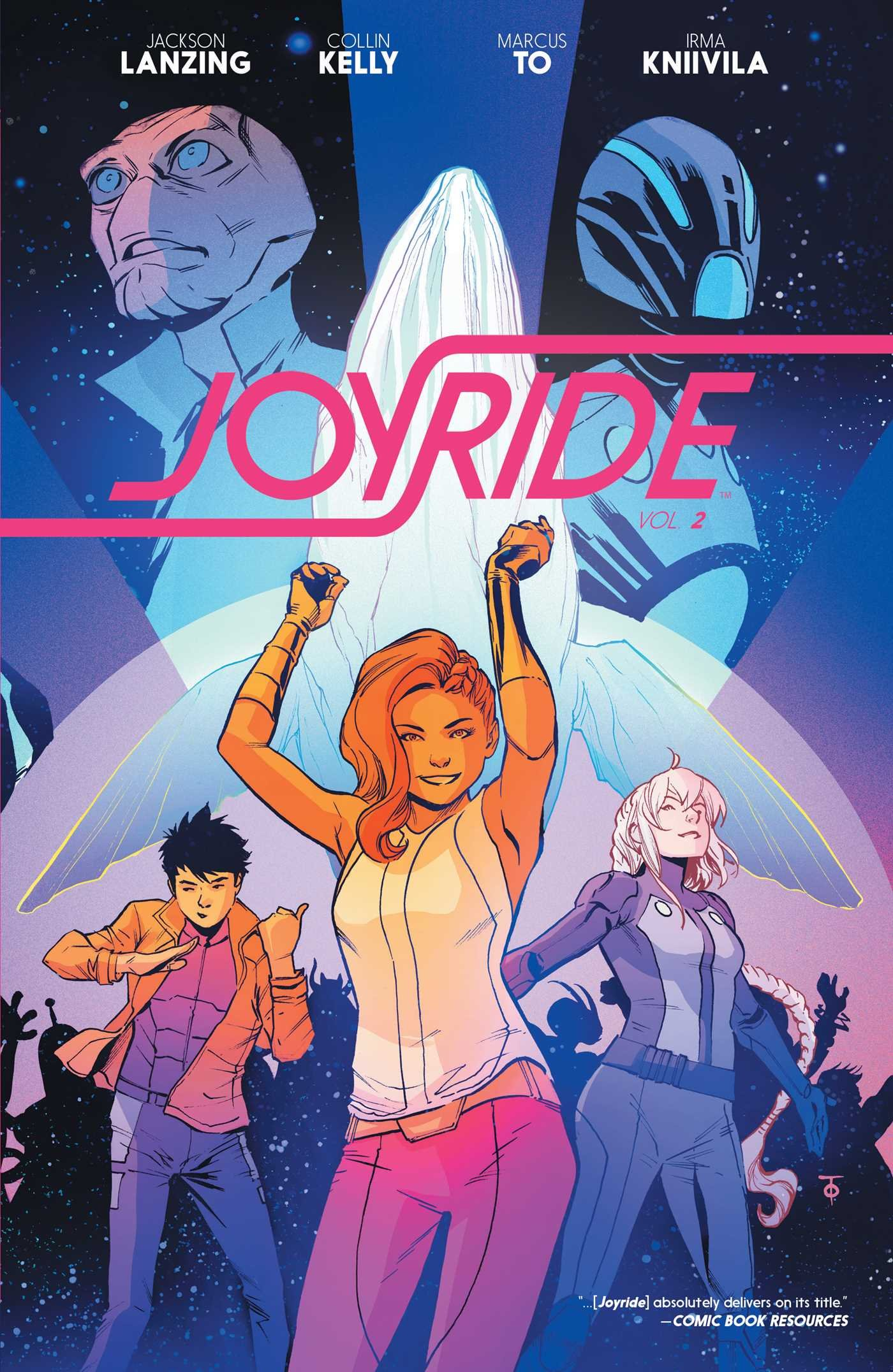 The crew of the Joyride survived their first foray to the stars and met the challenges the galaxy threw at them head-on, so it’s only fair they enjoy a bit of relaxation and carefree living. But as Uma, Dewydd, and Catrin have come to learn, in space, nothing is as it seems. In fact, it’s the secrets hidden in their own ship and among their fellow travelers that will send the crew down a path that brings them face-to-face with the very alien threat that the leaders on Earth ran from so long ago. Collects issues #5-8 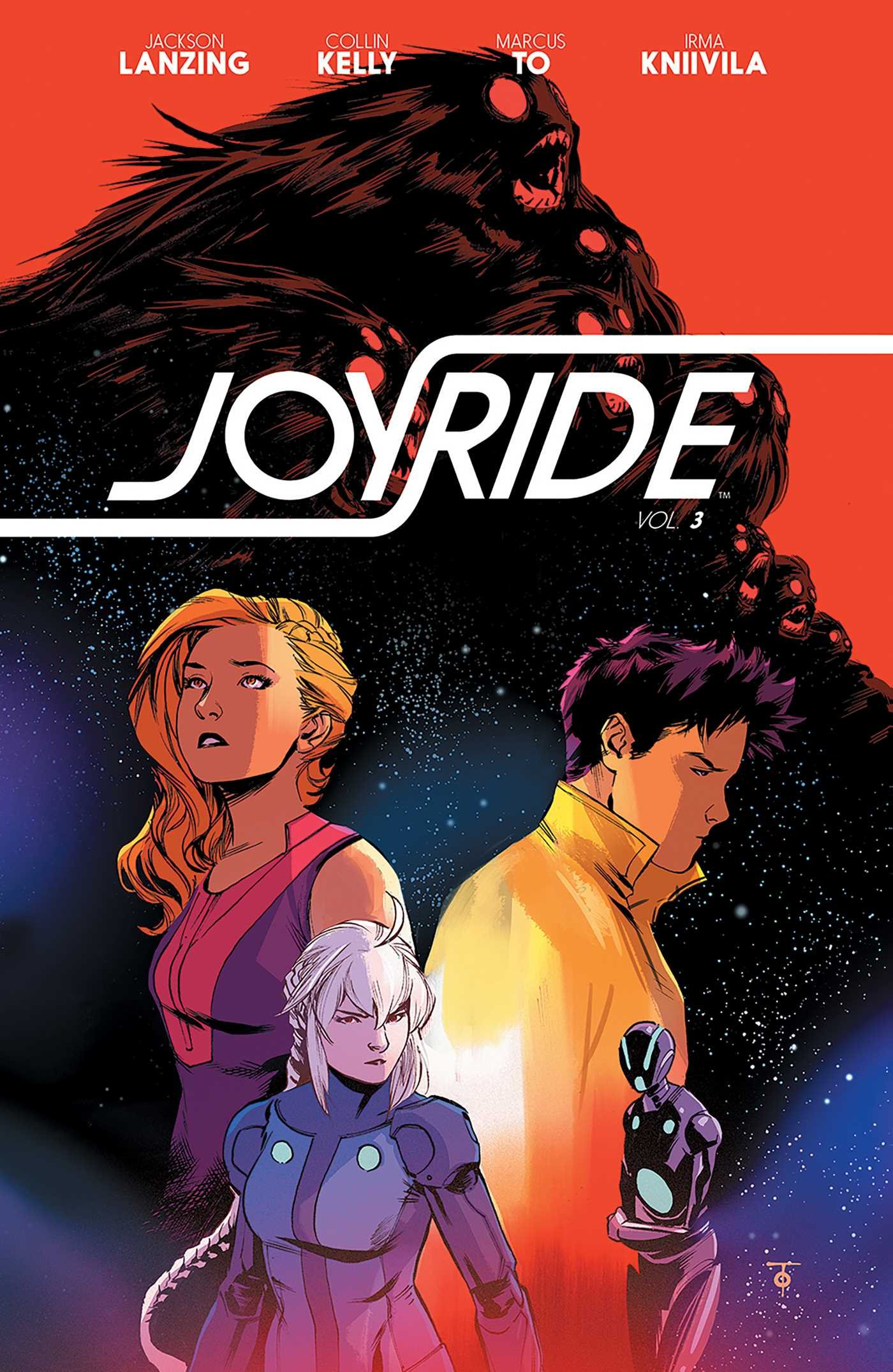 A year has passed since the fractured crew of the Joyride stared down the Void at the far reaches of space. There’s only one thing that could bring them back together: a return to Earth to take on the fascist regime once and for all. In this stunning conclusion, writers Jackson Lanzing and Collin Kelly (Batman and Robin Eternal, Grayson) and artist Marcus To (Nightwing, New Avengers) bring the Joyride back to where it all began. Collects issues #9-12.
From: BOOM! Studios