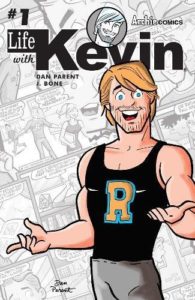 LIFE WITH KEVIN is a coming-of-age story that is both heartfelt and funny. Readers are introduced to an older, wiser and worldly Kevin Keller as he explores the life in NYC with his BFF Veronica. Written and drawn by Dan Parent, with inks from the legendary J. Bone.

This story can be read as a stand-alone, but contains references to classic Archie continuity.

“Set shortly after Keller’s college graduation, the debut installment of Life with Kevin has him moving to a new apartment in New York City to pursue a career in journalism. Complications quickly arise. His apartment is infested with mice, a plumbing mishap causes him to be late to the first day of his internship, and he discovers that the media is far more interested in reporting about vapid pop culture than hard news. However throughout the comedy of errors that befalls him, Kevin remains as unflappable as ever, even in the face of a new crush and the sudden appearance of one Veronica Lodge on his doorstep.

As for the look of the book itself, Parent’s art has never been better, with his emotionally evocative drawings complimented by J. Bone’s warm blue hues and Jack Morelli’s whimsical lettering that gives the comics a warm, Highlights-esque feeling of nostalgia. Life with Kevin is simply a wonder to look at, and it will pop off the screen of you iPad or Kindle.” (Source: Den of Geek) 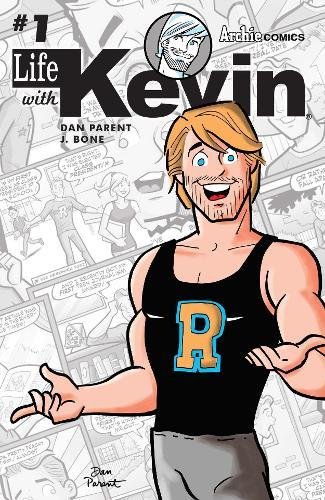