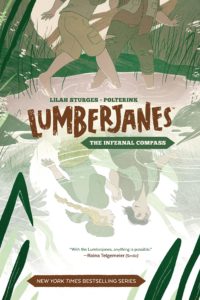 New York Times bestselling author Lilah Sturges teams up with artist polterink for the first Lumberjanes original graphic novel, in a story about finding your way and navigating life, love, and a literal forest.

When the ‘Janes are separated during an orienteering outing thanks to a mysterious compass, Molly becomes more and more insecure about the effect her relationship with Mal is having on the other girls. Meanwhile, a lonely explorer is trying to steal the compass with the help of her weirdly polite automaton butlers.

This graphic novel series is spun off from the main Lumberjanes series. It can be read independently but begins with character relationships that are established a few volumes into the main series.

The original graphic novel series will consist of three books by Sturges and polterink, the first focusing on Mal and Molly, the second on April and Jo, and the third on Ripley. The third book is scheduled for release in October 2020. (Source: School Library Journal)

“Though separate from the main canon, the story’s focus on humor and girl-powered adventure seamlessly folds into the overall story line. Noticeably different in Infernal Compass, however, is the drawing style, as illustrator Polterink replaces the long-running, beloved series art style of cheery, madcap cartoons with a more realistic style rendered in a minimal, soft-color palette. Though the tone certainly feels different, thanks to this change, the story’s focus on campers Mal and Molly’s relationship and their anxieties about moving forward and alienating their friends makes the switch a positive one. Simply wonderful. Grades 4-7.” (Source: Booklist, February 2020)

“This series continues to explore the layers and nuances of relationships among girls, with fierce protagonists, adventurous story lines, hilarious dialogue, and lots of heart. Polterink’s muted green and gray palette establishes the perfect tone for the earthy setting. The volume concludes with an excerpt from the first issue of the comic. An appendix with character designs, concept art, pencils, and glimpses of the storyboard will fascinate fans and aspiring comic writers and artists. Series newcomers may have a difficult time keeping track of the characters, as most of the scenes focus on Mal and Molly’s relationship. But, the kooky interactions with the automaton butlers and the complex depiction of feeling left behind by your peers will resonate with many teens. Fans will appreciate the familiar references to strong female historical figures.” (Source: School Library Journal, December 2018) 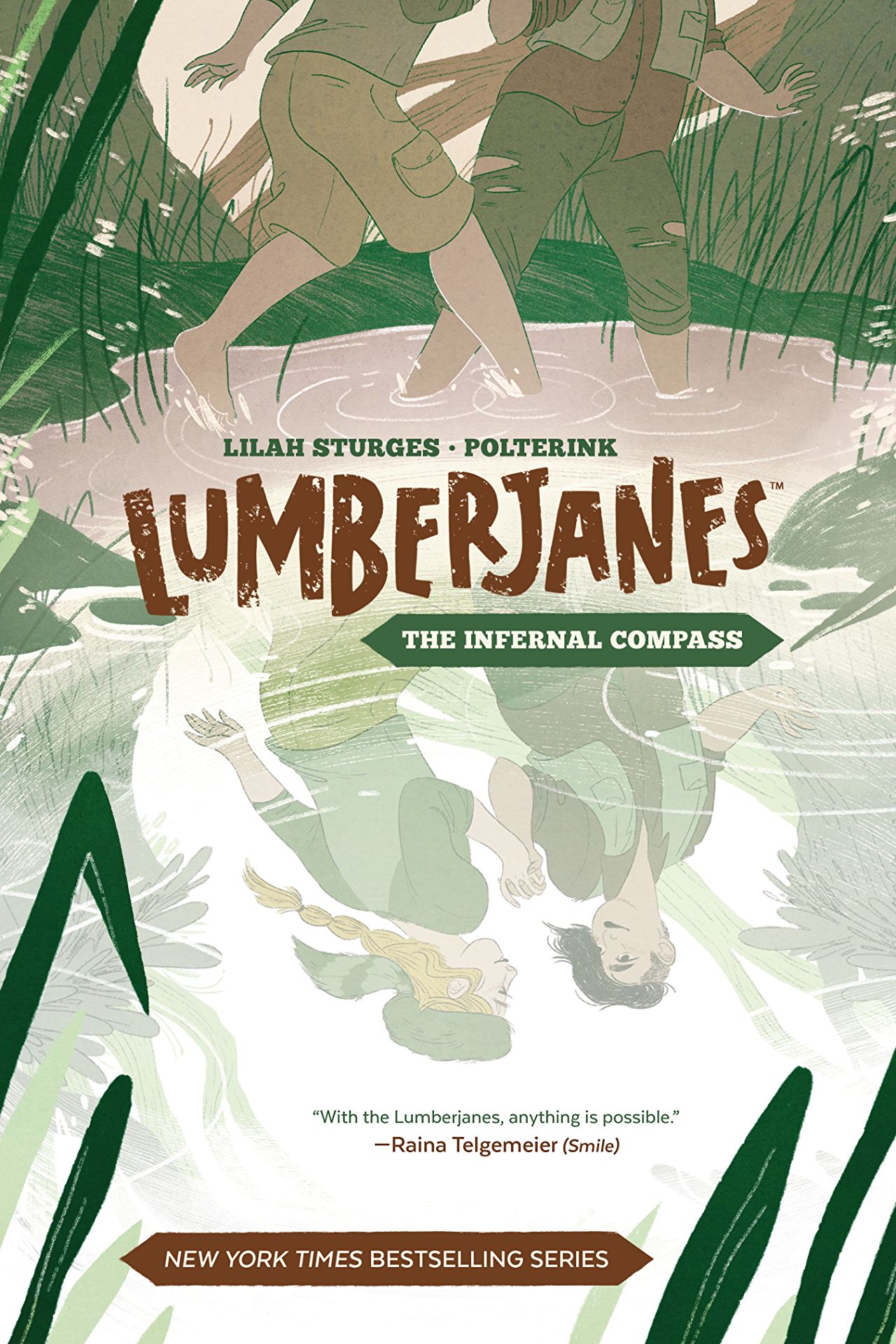 Eisner Award-nominated writer Lilah Sturges (Jack of Fables, Justice Society of America) and rising-star artist polterink present an all-new story in Miss Qiunzella Thiskwin Penniquiqul Thistle Crumpet’s camp for Hardcore Lady-Types when Mal, Ripley, Molly, April & Jo become separated during an orienteering outing thanks to a mysterious compass. While Molly begins to feel more and more insecure about the effect of her relationship with Mal on the other girls, a lonely woman explorer is trying to steal the compass…with the help of some weirdly polite automaton butlers, of course. 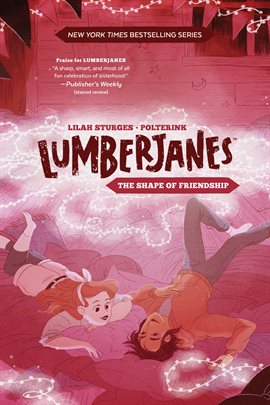 Lumberjanes: The Shape of Friendship

While adventuring in the woods, Jo, Mal, Molly, April, and Ripley discover the hiding place of a group of magical creatures called Pookas and they think they’ve found new friends. But what they don’t know is that the Pookas are tired of hiding, and they’ve found the perfect way to join the outside world…by impersonating the Lumberjanes themselves and taking over Camp!

To reclaim their identities, the ‘Janes will have to work together to remember who they really are…and to help another group of friends accept themselves, too, in a story about looking inside yourself and learning to love who you meet there.