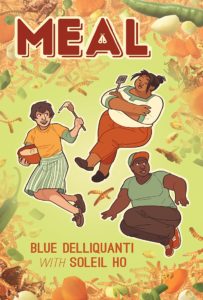 Yarrow is a young chef determined to make her mark on the cutting edge of cookery with her insect-based creations. Though her enthusiasm is infectious, it rubs some of her fellow cooks the wrong way, especially Chanda Flores, Yarrow’s personal hero and head chef of an exciting new restaurant. Her people have been eating bugs for centuries, and she’s deeply suspicious of this newbie’s attempt to turn her traditions into the next foodie trend. While Chanda and her scrappy team of talented devotees struggle to open on time, Yarrow must win over Chanda—and Milani, the neighbor she’s been crushing on for weeks—or lose this once-in-a-lifetime opportunity to achieve her dreams.

Co-written with chef and food writer Soleil Ho, Blue Delliquanti’s sweet coming-of-age story takes you deep into a world of art, mystery, and memory on the culinary frontier!

Meal depicts two queer female leads, one multiracial and one black, as well as a black nonbinary supporting character.

Starred review: “The creators infuse the sophisticated narrative with knowledge of restaurant politics, food history, and cultural views about insect-eating around the world. The bright-eyed energy of Delliquanti’s clean, solidly inked cartoons engages the senses. Snapshots of chopped vegetables and simmering sauces will remind readers of their own powerful experiences discovering new flavors and foods. The final result is a delicious feast steeped in a rich combination of a diverse cast, queer romance, and culinary delight. Recipes are appended for inspired foodies wishing to enter the exciting world of insect-eating.” (Source: School Library Journal, vol 64, issue 11, p80)

“This 2018 title is simply delightful. It’s about a young chef named Yarrow who is passionate about insect based culinary creations. When she finds out that a chef is going to start a restaurant that serves insects, she moves to be nearby the restaurant, hoping she can get employed. When she finally meets the chef, Chanda, they clash on what insect cuisine should mean. The story deals with cultural appropriation and identity, what it means to have and share food traditions. There’s even a sweet queer romance. And the book ends with insect recipes.” (Source: Book Riot)

“Throughout, the creators drop in knowledge about gourmet cooking, restaurant work, and the history and global culture of edible insects. A manga influence shows in the outsized depictions of Yarrow’s high-energy enthusiasm, but the uncluttered, thickly inked artwork by Delliquanti (O Human Star) is very much her own. The diverse cast are simply drawn but the food looks delicious—and, for readers inspired by the lively cooking scenes, recipes are provided in the back. This fresh and tasty comic provides an enticing introduction to a less-traveled area of cuisine.” (Source: Publishers Weekly, vol 265, issue 24, p) 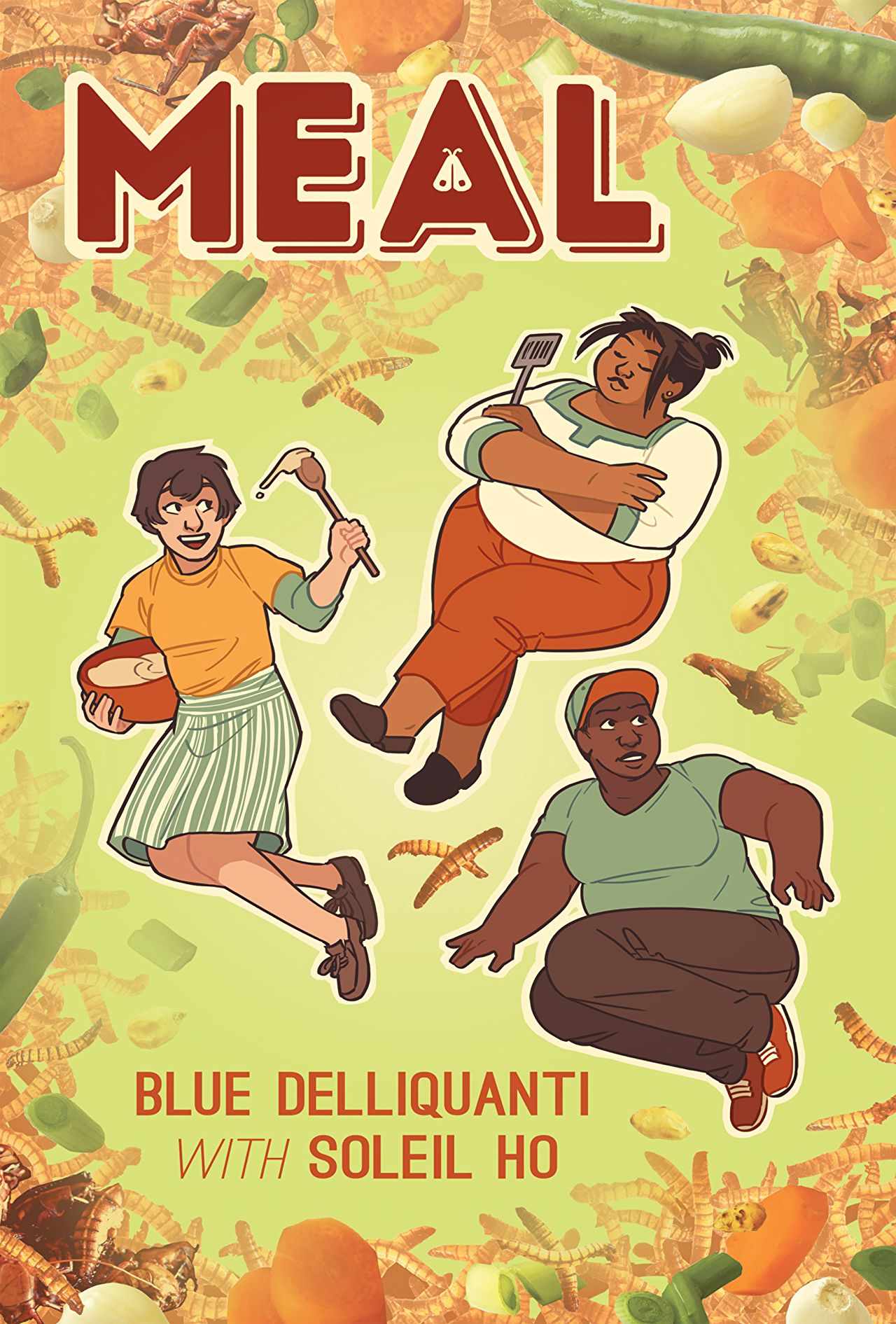