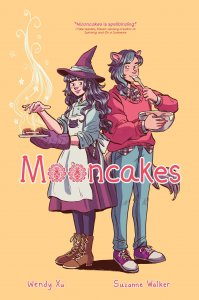 Nova Huang is still young, but she’s one of the most powerful witches in New England. She spends her days working in her grandmothers’ spell book shop and her nights hunting down the supernatural.

Tam Lang, a genderqueer werewolf, was Nova’s childhood crush. Tam has been wandering from place to place for years until the one fateful night they find themselves back in their hometown… battling a giant horse demon in the woods.

Tam turns to Nova for help, and their latent feelings are rekindled against the backdrop of witchcraft, untested magic, occult rituals, and family ties both new and old in this enchanting tale of self-discovery.

The grandmothers of one of the main characters are two women in a relationship, one of whom is Jewish while the other is Chinese.

A portion of this title was serialized online via Tumblr before the publication of the print volume.

“Mooncakes by Suzanne Walker and Wendy Xu follows childhood friends Nova and Tam who reconnect as adults. Both Chinese-American, queer, and from unconventional families. Tam is nonbinary, Nova is hard-of-hearing—both characteristics that aren’t so much pointed out, as they are simply noted: Tam uses the pronoun they, Nova mentions her hearing aids in passing (the hearing aids later play a role in the story too).” (Source: The Advocate)

“The story is great, but the true draw of this comic is the incredible chemistry among its major players. Nova’s love for her family and for Tam is incredible and true, and it gives this story its heart.” (Source: Syfy Wire) 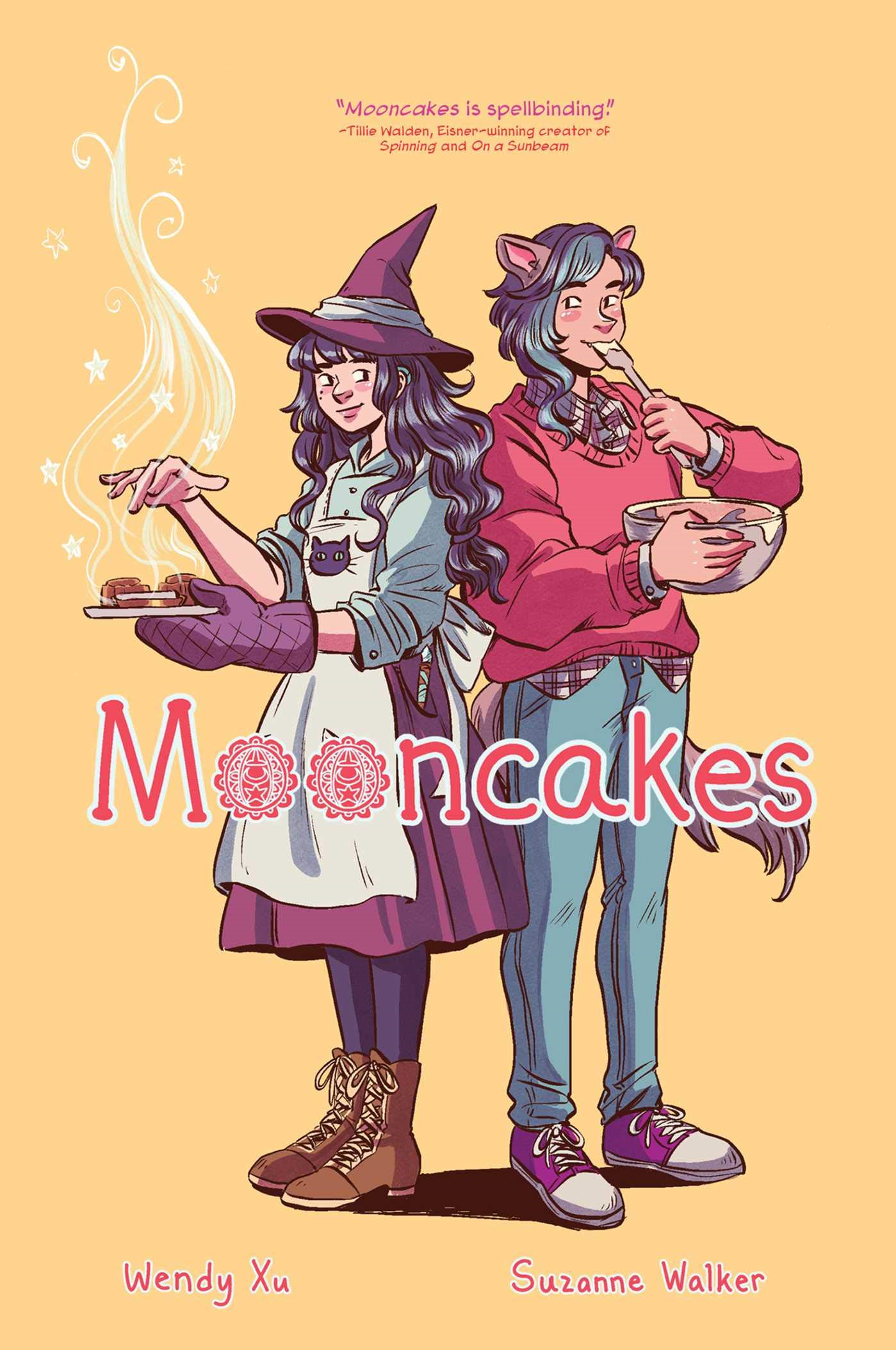