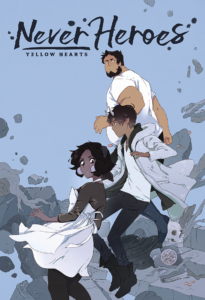 Alder, Levi, and Rowan were once childhood friends, but one summer, long ago, they accidentally made a deal with a demon named Onaskellis. Now, their mistake is catching up with them, and they have to come to terms with what kind of people they’ve become in the 17 years since they last saw each other.

Never Heroes was previously published online under the title Yellow Hearts. Pages have been redrawn for republication beginning in March 2018.

Although it is not yet evident in the comic, cartoonist Keezy Young has stated that the comic does or will include a range of LGBTQIA representation. 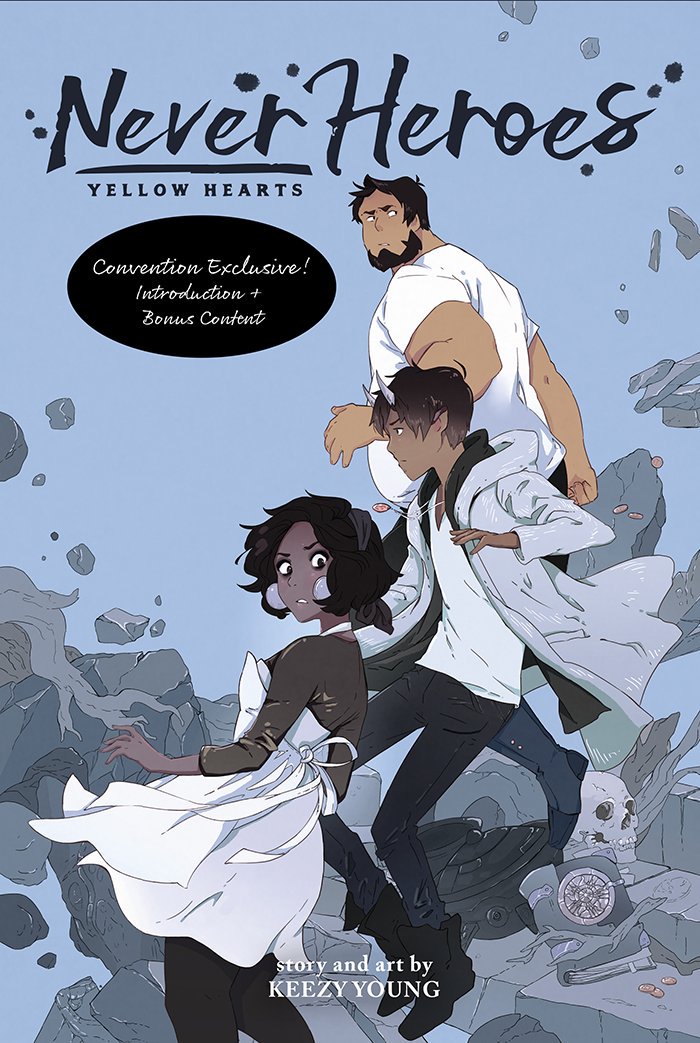 Softcover
Available only directly from the creator at conventions

Collects the first 26 pages of Never Heroes: Yellow Hearts, plus 19 pages of bonus content, including character bios and worldbuilding notes.