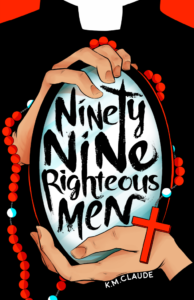 When Father Daniel suspects that one of his parishioners is possessed, he has no choice but to perform an exorcism. Too bad the monsignor does not believe him and the only exorcist still in the diocese is Father Adam, with whom Daniel shares a less than lovely history…

In addition to the main story, cartoonist K. M. Claude has published two side stories for Ninety-Nine Righteous Men: the 30-page sexually explicit Corpus and a short prequel comic Incense.

“As an ex-Catholic, I felt comfortable in the discomfort of Adam and Daniel’s wholly Catholic world. Often what disturbs them, disturbs me, and Claude highlights the rather gruesome aspects of Catholicism that tend to disturb small children with wandering eyes. While what’s discussed in the book might anger some more devout Catholics, we must all remember that priests are humans and should be treated as such. If you’re a fan of Anne Rice’s style of sensual Southern Gothic with Catholic guilt, you’ll probably enjoy Ninety-Nine Righteous Men.” (From: Kara Jorgensen)

“‘Ninety Nine Righteous Men’ is an effective and engaging horror comic. K. M. Claude uses some luscious brush strokes and casual toning to create an unsettling and unnerving atmosphere. Like ‘The Exorcist,’ it’s the type of possession story that leans heavily on Catholic imagery and doctrine to develop its chills. It also gradually becomes more and more difficult to turn away from the further the story goes.” (Source: Multiversity Comics) 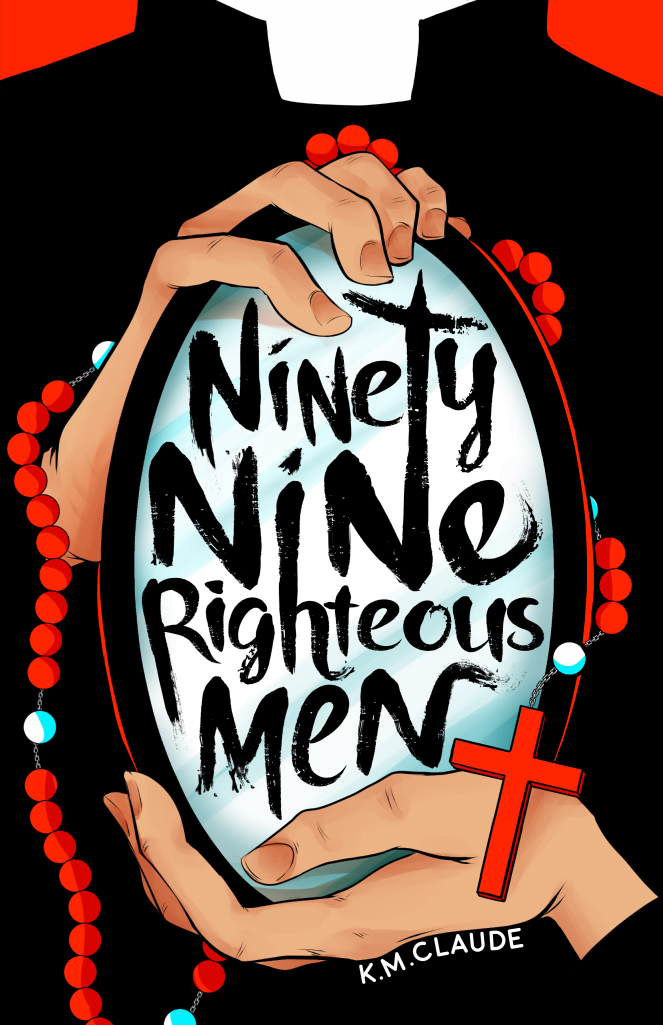 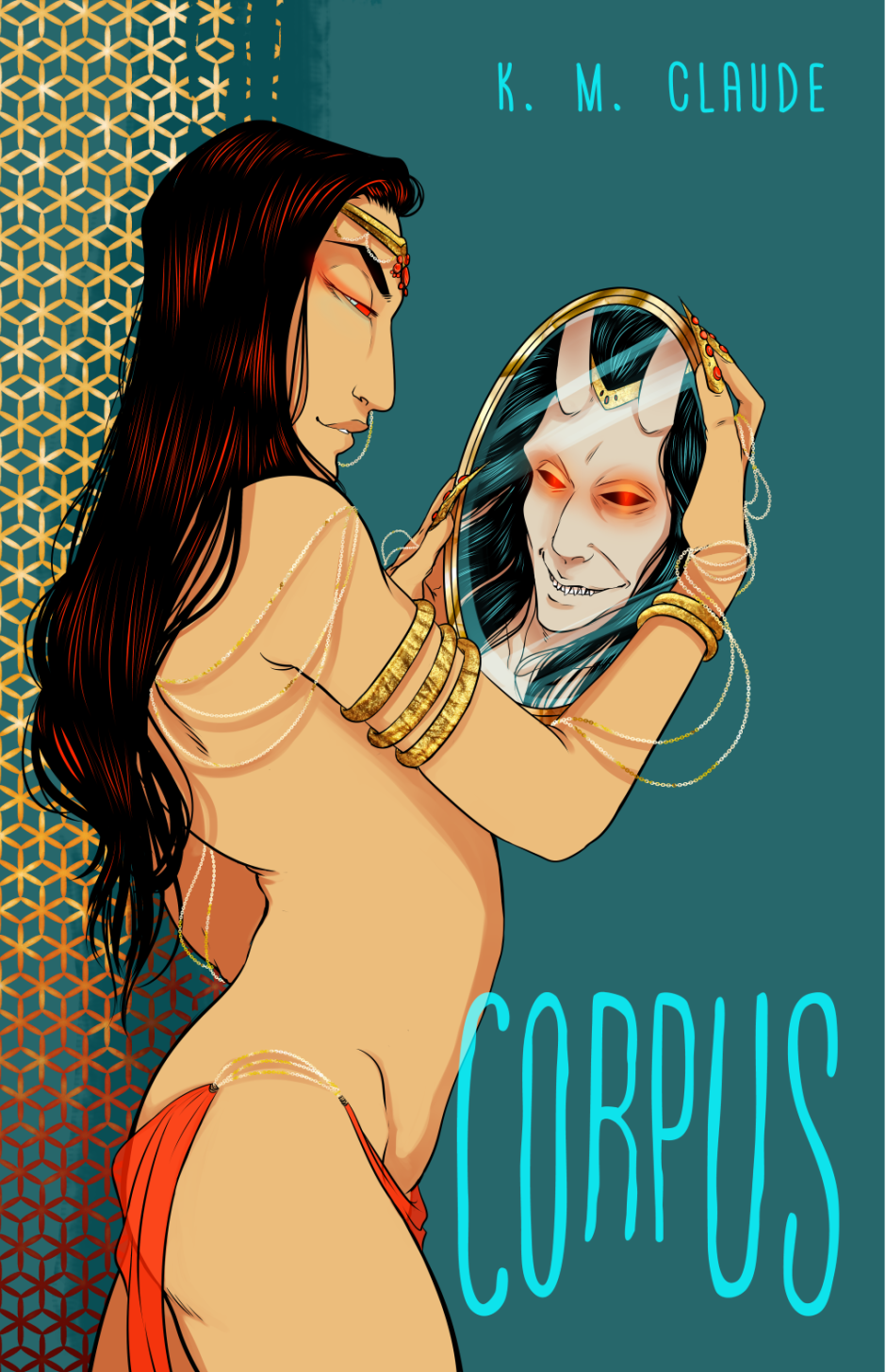 Corpus contains thirty pages of sequential art and bonus illustration material. This comic is intended for mature audiences and is available to purchase physically or digitally in full, uncut editions.

A heavily cut and edited version has also been made available online for free on Tapastic. The cut version totals sixteen pages and contains neither the full nudity nor sex contained in the original comic. 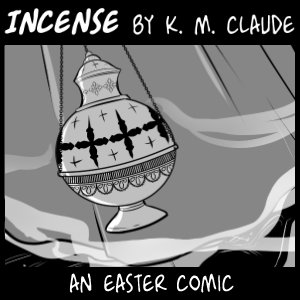 A single-episode short comic for Easter, taking place prior to the events of Ninety-Nine Righteous Men.