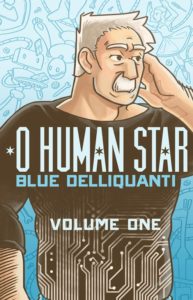 Alastair Sterling was the inventor who sparked the robot revolution. And because of his sudden death, he didn’t see any of it.

That is, until he wakes up 16 years later in a robot body that matches his old one exactly. Until he steps outside and finds a world utterly unlike the one he left behind – a world where robots live alongside their human neighbors and coexist in their cities. A world he helped create.

Now Al must track down his old partner Brendan to find out who is responsible for Al’s unexpected resurrection, but their reunion raises even more questions.

Like who the robot living with Brendan is. And why she looks like Al. And how much of the past should stay in the past…

This series contains images of blood, as well images of the human form that verge on nudity.

“Delliquanti describes O Human Star as a sci-fi family drama, and the description is apt. Brendan and Sulla have a wonderful father-daughter relationship, complete with occasional grumpiness and teenage excitement. When Al returns, they have to work to incorporate this new person into their family, and Al has to reckon with the fact that Sulla is him in some ways, and very different in others.

Science fiction provides a lot of room to explore issues relating to bodies, body modification, feeling comfortable (or uncomfortable) within a particular body, which can dovetail quite nicely with queer and trans themes. What’s better is that Delliquanti doesn’t use robots as a metaphor for queer and trans issues, but instead incorporates all these things together.

O Human Star also doesn’t shy away from the social and ethical implications of robots and artificial intelligence. What does it mean to create a copy of someone’s mind and put it in a robot body? When does that person become a new person and not just a replica? Can we and should we use robotics to cheat death?” (Source: ComicsAlliance)

“Delliquanti’s writing is engaging and subtle, and, like in the best comics (most expertly, Jaime Hernandez’s stories in Love and Rockets), much of it is conveyed without words. The characters’ faces and stances show conflicted emotions and buried pain struggling to the surface. The few, brief dream sequences go by without heavy-handed explanation. In any science-fiction story, exposition is a necessary evil, but Delliquanti limns her world in a few deft strokes, in story as well as in art. (It helps that the main character wakes up abruptly in this world and needs to be introduced to it along with us.) The author carries us along confidently from the very beginning, always appearing sure of where she wants to go.” (Source: Sunday Comix) 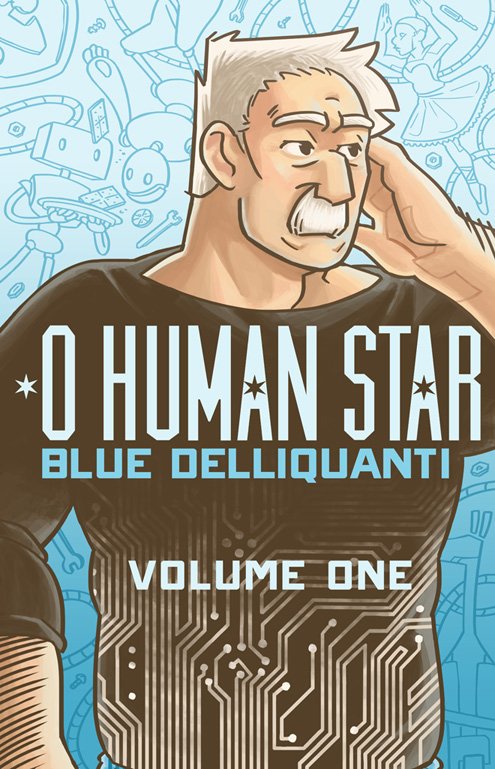 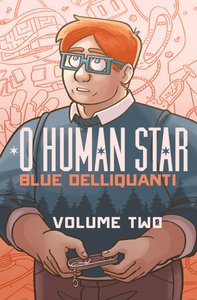