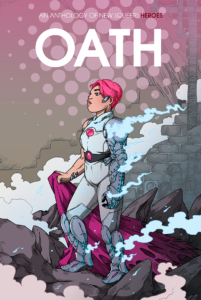 Heroes can be fueled by many things: conviction, adrenaline, grief, or a sense of adventure. What would it take for you to join the fight?

Oath is a comic anthology of 21 superhero stories showcasing the talent of queer-led creative teams. Funded via Kickstarter in 2015, Oath imagines lesbian, gay, bisexual and trans characters as the heroes of their own stories, and throws them up against their ‘oath-taking’ moment – a foundational moment in the development of their heroic identity.

“In this 240+ page anthology, all of the stories will be empowering and will feature heroes who are unambiguously queer. One of the stories it will feature is “One Dress, With Cape,” about a young hero-in-training named Oli. Oli’s picking out his first super suit, which isn’t exactly what his parents thought it would be. There are also stories like “Princess Cappuccino: No Sugar!,” about a 21 year-old barista and superhero who has a big crush on Polly her supervisor and “Fear My Identity” about a poly superhero who has to deal with an attack from a local group of bad guys.

By having queer representation in this all-ages anthology of stories specifically about heroes, editor Audrey Redpath hopes that she can help queer readers, whether they’re kids, adults or somewhere in between, a chance to see themselves represented in this genre that can really have a huge effect on the way they see themselves.” (Source: Autostraddle)

GWW: “GWW Sits Down With Creators From The Queer Superhero Comic Oath Anthology Of New Heroes!“ 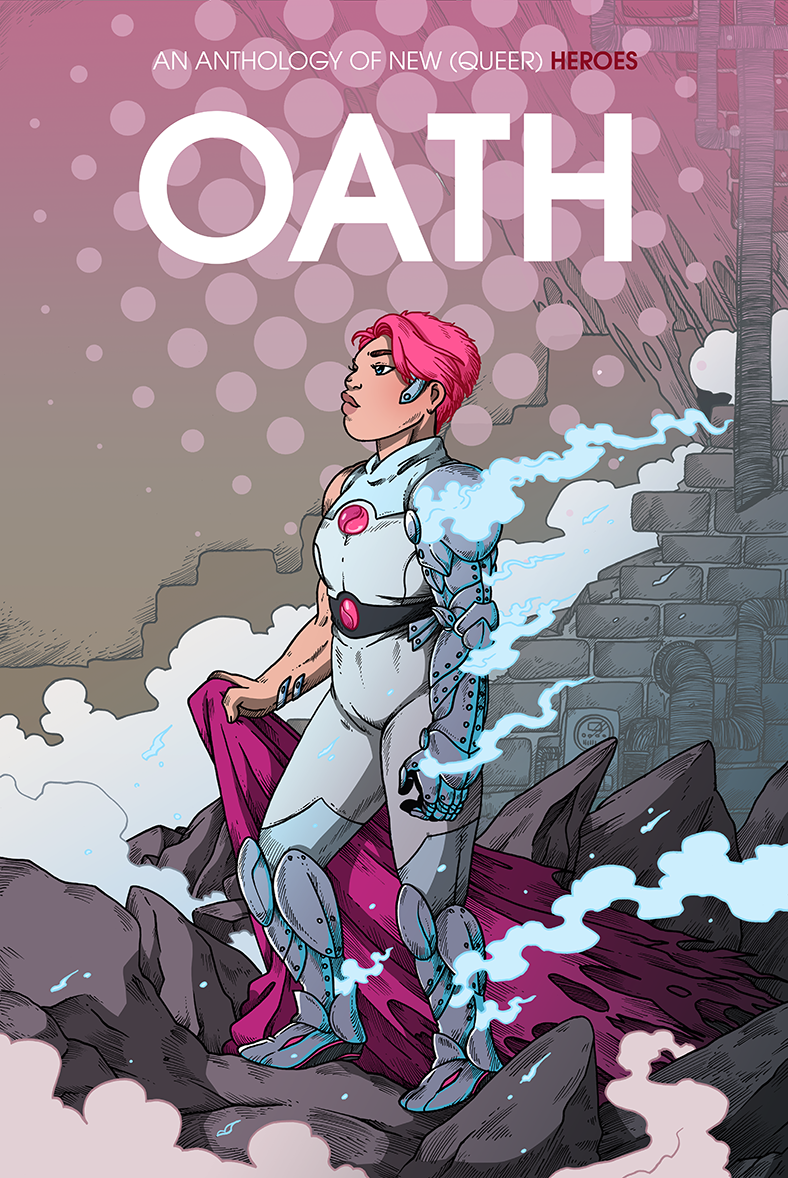 Digital
Available through the editor’s site.