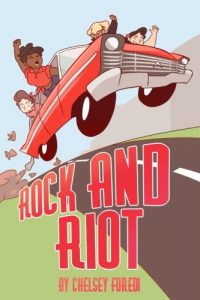 Rock and Riot follows the tales of opposing teenage gangs in the 1950s with an LGBTQ theme! Will the teams set aside their differences to fight for what they have in common?

From: Rock and Riot

This series depicts mild racism and homophobia, although not to the degree that might be expected considering the time period in which the story is set.

“Connie, one of the protagonists of the Rock and Riot, is a black queer girl who leads an all-girl gang, the Jaquettes. Yes, okay, girl greaser gangs did actually exist in the ’50s – that’s not strictly ahistorical. But they weren’t, generally speaking, integrated or queer-positive, and if they were it would be something extremely noteworthy and at odds with its cultural context. All that crap is a drag! Sometimes you just wanna read about a cute black girl with a leather jacket and a victory roll hairstyle trying in vain to catch the attention of the girl she likes.

Rock and Riot has exactly the right aesthetic: the flash and style of ’50s greaser gangs – pompadours, poodle skirts, muscle cars, and drive-in movies – without any of the ugly trappings of actual ’50s greaser gangs, like racism, misogyny, and homophobia or, you know, a brutal life of crime. All the flavor, none of the guilt!” (Source: Yes Homo) 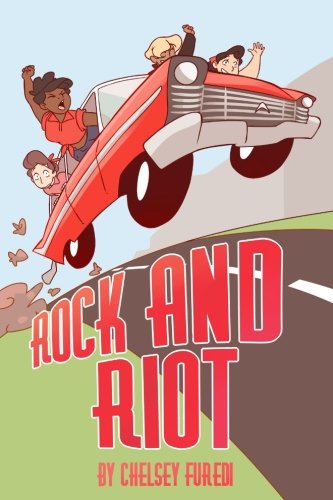 Collects the first five chapters of Rock and Riot.