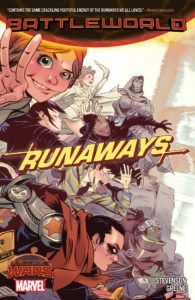 Final exams are looming at Battleworld’s Institute for Gifted Youths, a prestigious school in the planet’s capital! But the new class doesn’t react so well when they discover that the school’s beloved headmaster is actually a diabolical super villain . . . and their final exam is a brutal deathmatch between students! Faced with harsh lessons and an even harsher truth, the students take to the road — and end up in the Wild West domain of 1872! The Winter Soldier is hot on their tail, but who cares because Molly Hayes totally gets a cowboy hat. Reunions! Betrayals! Maybe some making out! Definitely some death! The Runaways can’t run forever, and the end of the road is approaching!

This title is unrelated to other Marvel comics titled Runaways; it features an original ensemble cast set in an alternate universe separate from the main Marvel universe. It is part of Marvel’s Secret Wars event but can be read on its own.

“Like many of Marvel’s big, event-centered titles, this is dangerously crowded with cast and backstory. Stevenson, however, manages to keep the focus on teen-relevant social tensions, reiistic emotions, and an accessible cast that is laudably diverse in race and sexuality. Greene ably abets the proceedings with a Paul Pope-like sinew and grit in his edgy cartooning.” (Booklist, vol 112, number 14, p44) 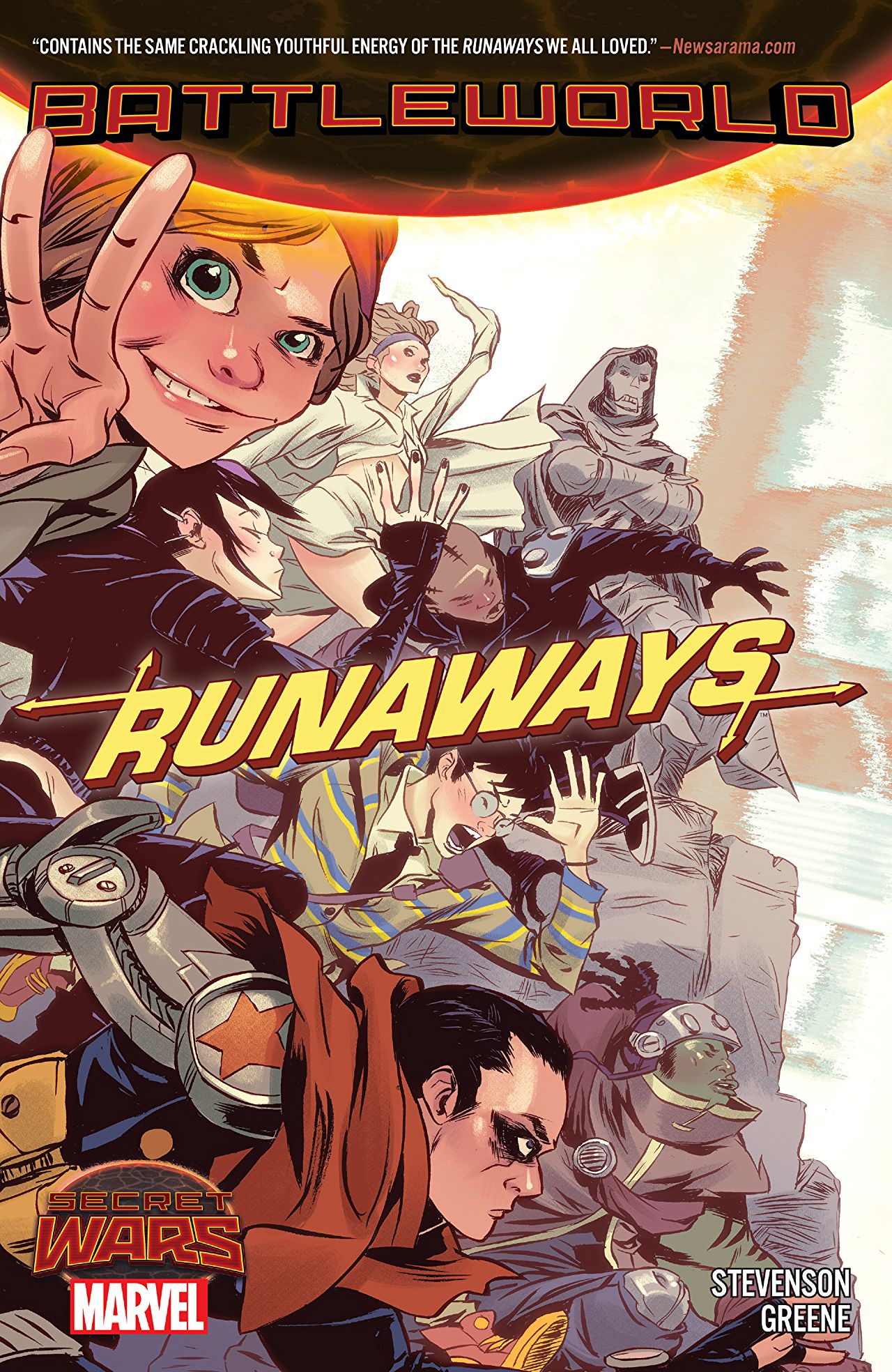