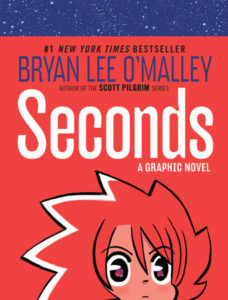 Katie’s got it pretty good. She’s a talented young chef, she runs a successful restaurant, and she has big plans to open an even better one. Then, all at once, progress on the new location bogs down, her charming ex-boyfriend pops up, her fling with another chef goes sour, and her best waitress gets badly hurt. And just like that, Katie’s life goes from pretty good to not so much. What she needs is a second chance. Everybody deserves one, after all—but they don’t come easy. Luckily for Katie, a mysterious girl appears in the middle of the night with simple instructions for a do-it-yourself do-over:

And just like that, all the bad stuff never happened, and Katie is given another chance to get things right. She’s also got a dresser drawer full of magical mushrooms—and an irresistible urge to make her life not just good, but perfect. Too bad it’s against the rules. But Katie doesn’t care about the rules—and she’s about to discover the unintended consequences of the best intentions.

From the mind and pen behind the acclaimed Scott Pilgrim series comes a madcap new tale of existential angst, everyday obstacles, young love, and ancient spirits that’s sharp-witted and tenderhearted, whimsical and wise.

“As a visual storyteller, O’Malley has grown dramatically since the last volume of Scott Pilgrim, bringing more detail to his environments while refining his emotional storytelling to make his characters as expressive as possible. With her spiky fireball of hair, Katie’s design radiates energy even when she’s doing nothing, and O’Malley conveys a huge array of feelings by altering the shape of Katie’s huge eyes and the size of the pupils within. Personalities are immediately conveyed in each character’s appearance, and special attention is given to body language to make sure the physicality matches the exaggerated facial expression.” (Source: A.V. Club)

“Seconds is a great way to follow-up the mega-popular Scott Pilgrim series. It’s a much different, more focused story, yet features similar themes of self-growth, maturity, and a focus on relationships both good and bad. And while it’s easy enough to predict the general course of the plot, O’Malley keeps things interesting through a combination of wit and creative storytelling.” (Source: IGN)

“O’Malley’s engaging narrative voice hasn’t diminished—even the self-absorbed Katie is likeable enough to root for, although it’s obvious that she’s making things worse for herself. O’Malley’s sweet, nimble art, now in color, has acquired more confidence: the plot unfolds cinematically, and his character designs are more appealing than ever. A solidly hilarious entry in the ‘what if we could do it all over again’ genre.” (Source: Publishers Weekly)

“For all the emotional truths about regret and acceptance at the heart of the book, it’s a warm, engaging read and beautifully presented. As O’Malley’s first release in full colour (the Scott Pilgrim books were initially black-and-white paperbacks, though colour hardback editions are under way), Seconds is stunning to look at, blending his manga-indebted style with the lush colour scheme of a Wes Anderson film.” (Source: The Telegraph) 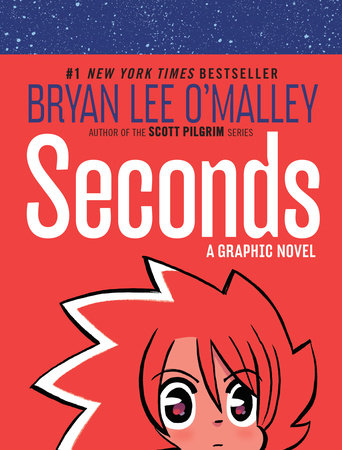