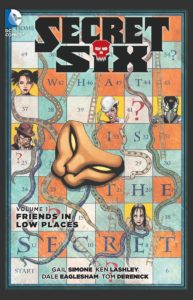 Catman, Strix, Black Alice, Porcelain, Big Shot, and the Ventriloquist (and her talking dummy, Ferdie)—are kidnapped and held prisoner by the mysterious Mockingbird. Their trauma brings them together and, against all odds, forges them into something like a family.

This series is unrelated to Secret Six (2005), although both feature the character Catman.

“Six outcasts are kidnapped by a stranger going by the name Mockingbird and forced to work together to escape a strange death tap. Catman, Black Alice, one of the Talons named Strix, Porcelain, the latest version of The Ventriloquist Shauna Belzer, and Damon Wells aka Big Shot, an interesting mix of characters some better known than others and some not really known at all. They all have secrets and nobody really trusts anyone else but being forced together they operate together strangely well. This first story arc we see an escape from the death trap and the gang goes to hide out in a house owned by Big Shot in suburbia. They get attacked by members of the previous Secret Six group who as it happens are also being manipulated by Mockingbird. Eventually there is a confrontation with the mysterious manipulator and a reveal that really surprised the hell out of me, wonderfully played out by Simone.

What really makes this title work for me is of course the characters, characters who in other hands may have been a punch line to a joke or a cameo become a family of sorts who each bring something to the dynamic of the group. Even Ventriloquist, who is a bit disturbing, becomes someone who elicits some empathy. I want these crazy folks who are neither good nor truly bad to succeed. Humor, great characters, perfect pacing and suspense that keeps the reader wondering what will happen next make this a must read.” (Source: Crimespree Magazine)

“The first issue, featuring artwork by Ken Lashley and a striking cover by Dale Eaglesham, was released in December of 2014. The “six” of the title were a half-dozen villains and anti-heroes, including the New 52 introduction of Catman (given a radically different costume that altered his original origin dramatically, but is otherwise a strong design), reappearances by the Simone-created Ventriloquist III (or II in the New 52, I guess) and Black Alice (whose New 52 debut came in DC Universe Vs. Masters of The Universe, of all places), plus mute Court of Owls assassin Strix (from Simone’s run on Batgirl) and new characters Porcelain and Big Shot. Structured as a bizarre (if familiar, Saw-like) horror mystery, it featured our point-of-view character Thomas “Catman” Blake being abducted and waking up in a seemingly inescapable, coffin-shaped room with the other five characters, while their captor posed a vague, open-ended question (which doesn’t make sense, given what follows) and occasionally delivering electric shocks. A lot of mysterious elements, a lot of questions and relatively little connection to the previous series, outside the presence of this new, New 52 version of Catman.” (Source: Every Day is Like Wednesday) 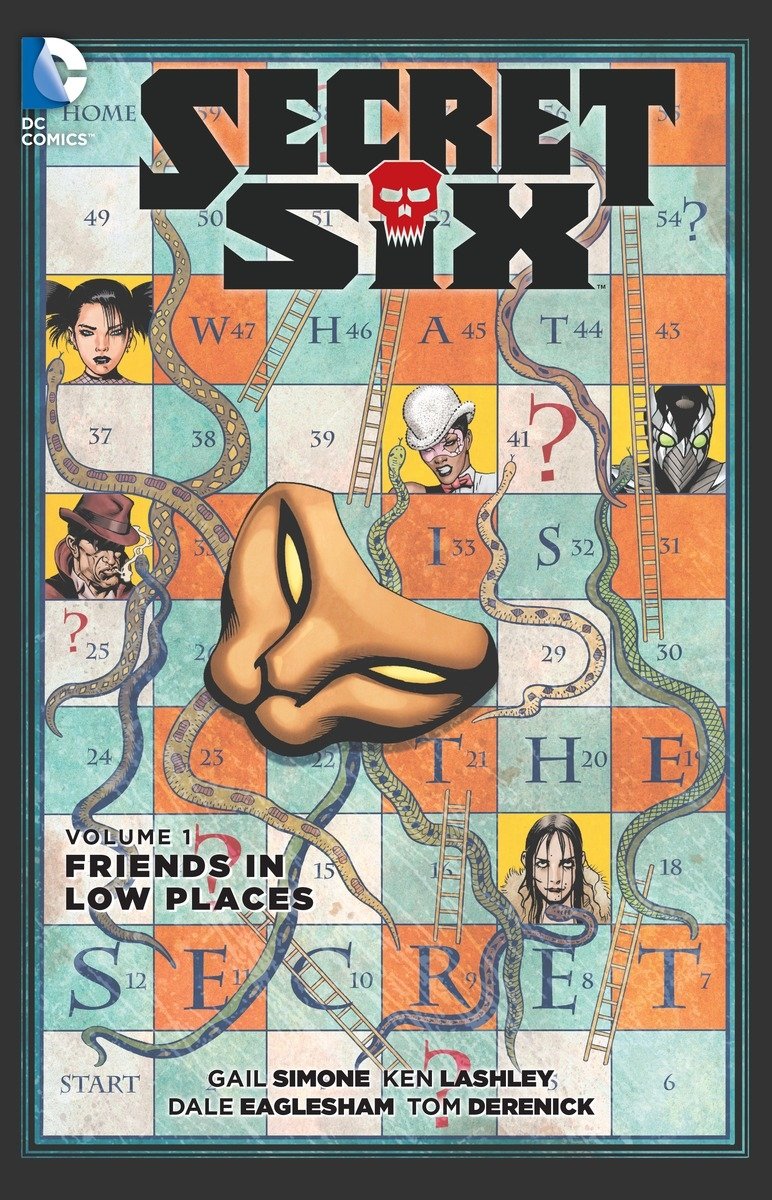 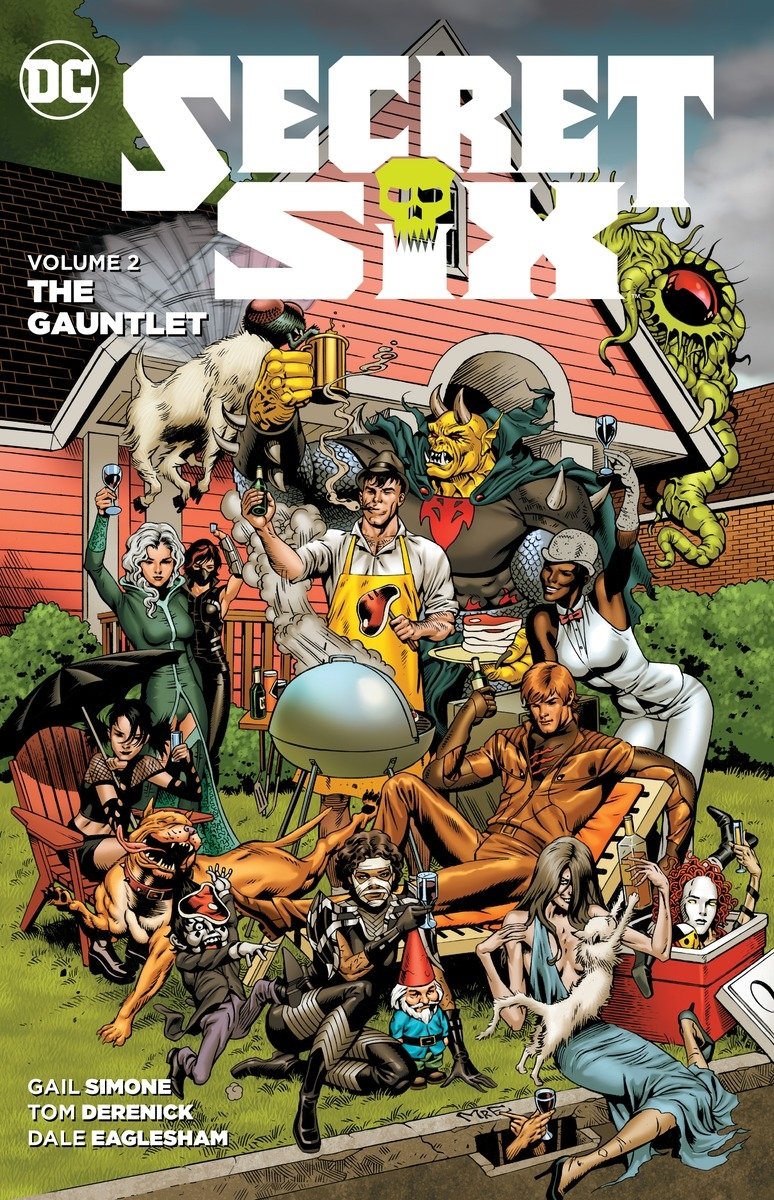