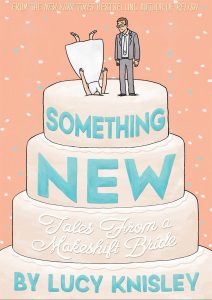 This is not that story. It is the story of what came after: The Wedding.

“Alex Award winner Knisley (Relish, 2013, etc.) offers another genial and creative graphic memoir. This one chronicles her handmade—down to the veil and groomsman’s pocket square—wedding. After what feels like an irreconcilable difference of opinion concerning procreation, a complicated separation, some time in relationship limbo, and a wholehearted subway sob, Knisley finds herself engaged to John, a kind and sincere man whom she loves deeply. With this engagement comes a breadth of unexpected feelings—excitement, reluctance, confusion—a tumult which Knisley terms “emotion sickness.” She asks herself hard questions about participating in what she has previously felt is a sexist and antiquated ritual which promotes exclusion, wondering “How can something so universal and ubiquitous as a wedding alter a person’s perception of herself so much?” With honesty and humor, Knisley tackles such difficult topics as overbearing mothers-of-the-bride, the misery of the “dress safari,” the “bridal weight loss imperative,” making the wedding her own artistic accomplishment, and dead squirrels. She documents in a self-expressive and clever style as she learns the compromise that comes with weddings, marriage, and love. Like her wedding, Knisley’s book is introspective and inventive; the illustrations are charming, the language clear, and the sequence coherent. At once universal and deeply personal, this book is a visual and emotional achievement.” (Source: Kirkus Reviews)

““There’s a difference,” Knisley’s bespectacled self says at the start of this breezy yet substantial graphic memoir, “between being a nerd, a fan, an enthusiast… and being an expert.” By the end of her chirpy story about crafting the perfect ceremony for marrying her fiancé, John, Knisley has gone through all of those stages. She, and in some sense the reader, comes out the other end a near expert in the kind of artisanal, ultra-personalized, not-too-pricey wedding that crafty, non-trust-fund millennials could drown their social media accounts in documenting. Like the almost overwhelmingly twee wedding (a barn raising, handmade wood boxes for the guests, midnight poutine) that she plans, Knisley (Displacement, Relish: My Life in the Kitchen) has a knack for presenting a highly precise type of whimsy that stops just shy of precious overkill. The relentlessly bright tone and artwork power the narrative through its less riveting segments.” (Source: Publishers Weekly)

The Mary Sue: “Lucy Knisley On Her New Graphic Novel, Something New“ 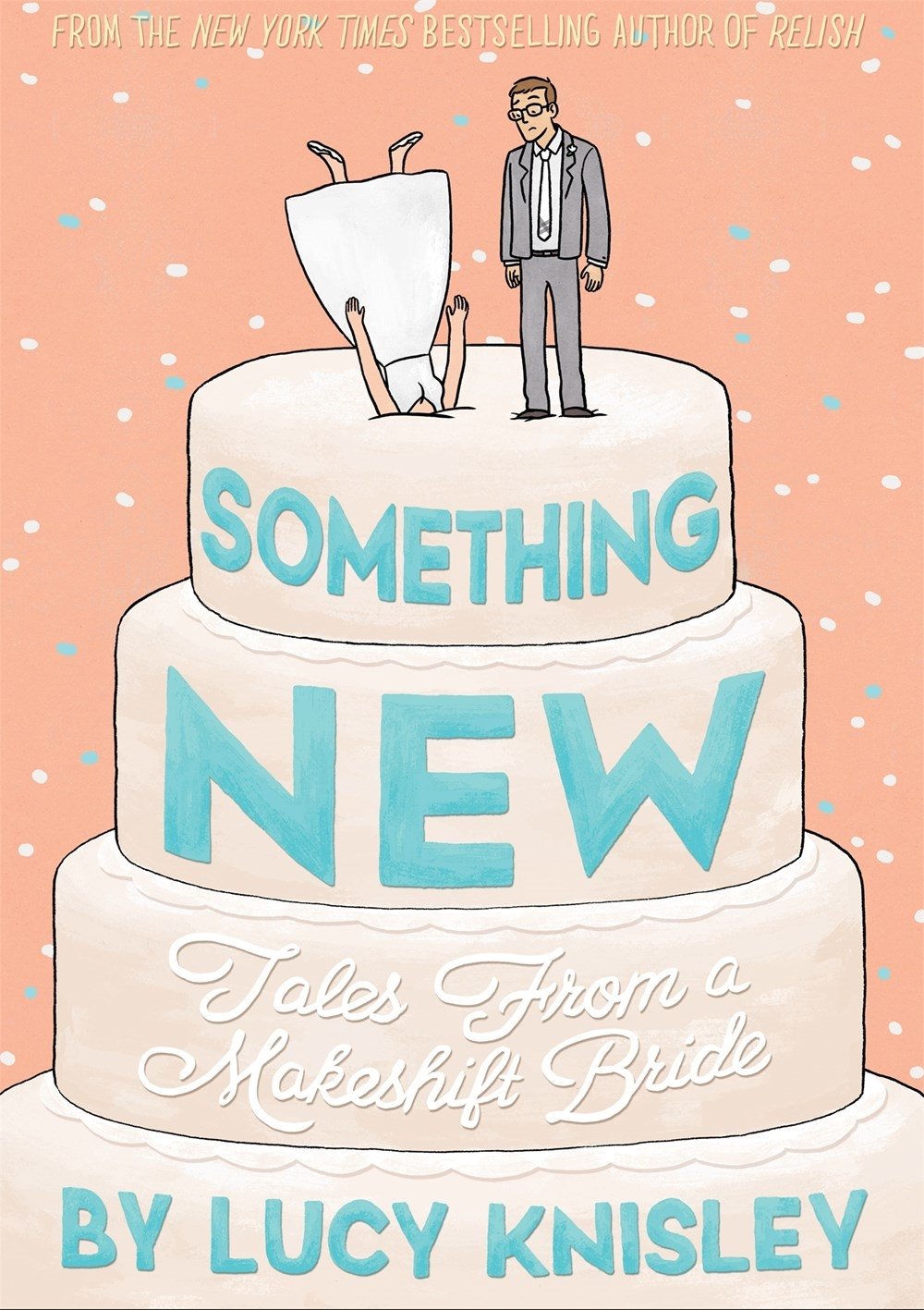