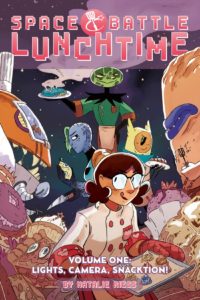 Space Battle Lunchtime is a hit show broadcast all over the universe, and the new season is about to start! When one of the competing chefs drops out at the last minute, an aspiring baker from earth, Peony, gets the opportunity of a lifetime (and a chance at a 20,000 Solarbuck prize!). But is she ready for the cutthroat world of intergalactic cooking?

“Riess’ candy-hued charmer is like a recipe that incorporates myriad ingredients: there’s sci-fi elements, comedic action, a tentative and sweet queer intergalactic romance, and, of course, the culinary aspect. In less deft hands, this seemingly arbitrary assemblage could fall as flat as a dropped soufflé, but Riess’ offbeat sensibility and inventiveness shine. Heavily awash in a spectrum of bubble-gum pinks, this is a fun, fierce, and inventive tale that will appeal to those seeking read-alikes for Noelle Stevenson’s fan-favorites Nimona (2015) and Lumberjanes.” (Source: Kirkus Reviews)

“Riess uses a vivid palette to emphasize the unfamiliarity of the alien environment Peony finds herself in, keeping readers as off-balance as she is.” (Source: Publishers Weekly, vol 263, issue 33) 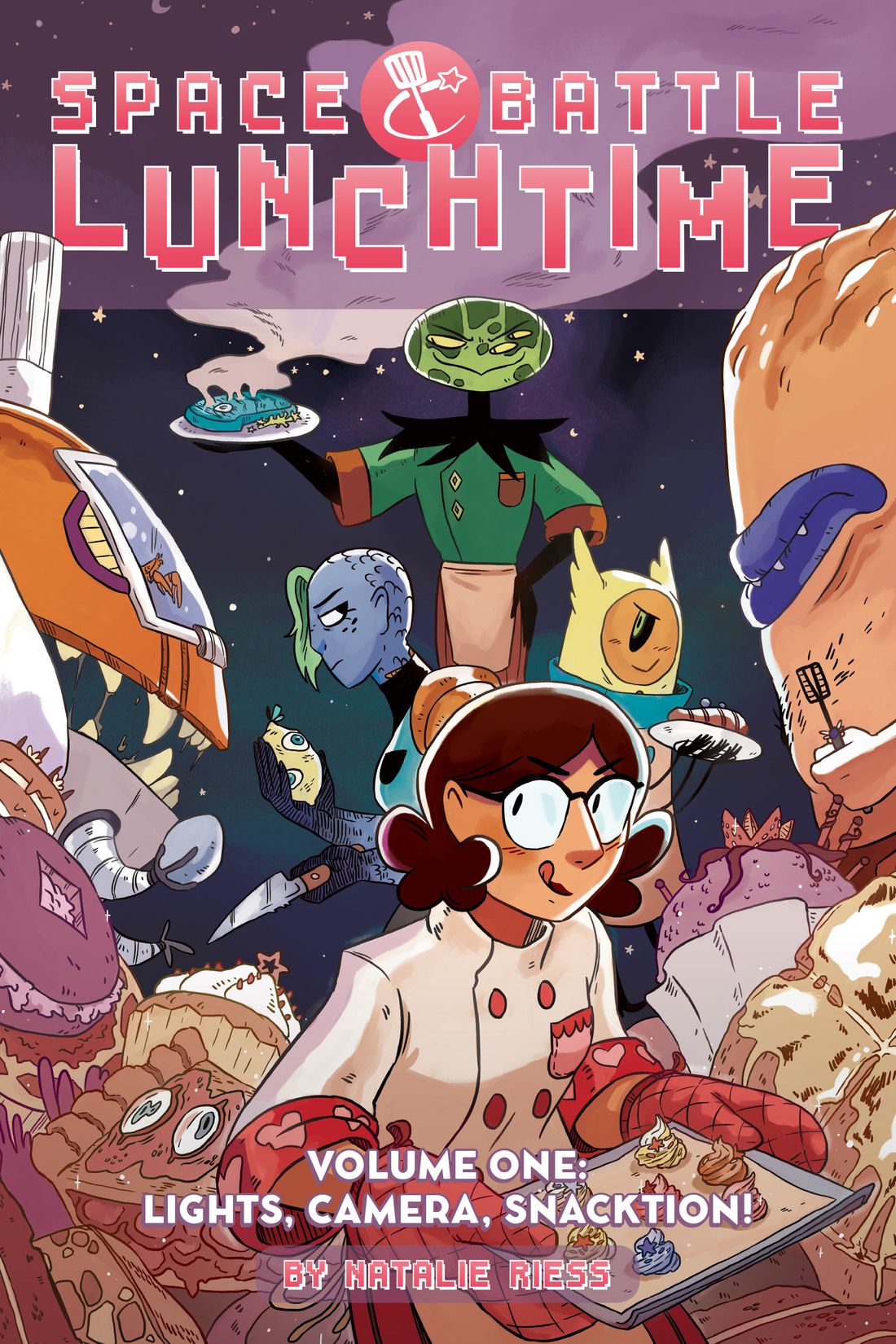 Collecting the first four issues of Natalie Riess’s delectable series, SPACE BATTLE LUNCHTIME! Earth baker Peony gets the deal of a lifetime when she agrees to be a contestant on the Universe’s hottest reality TV show, Space Battle Lunchtime! But that was before she knew that it shoots on location… on a spaceship… and her alien competitors don’t play nice! Does Peony really have what it takes to be the best cook in the Galaxy? Tune in and find out! 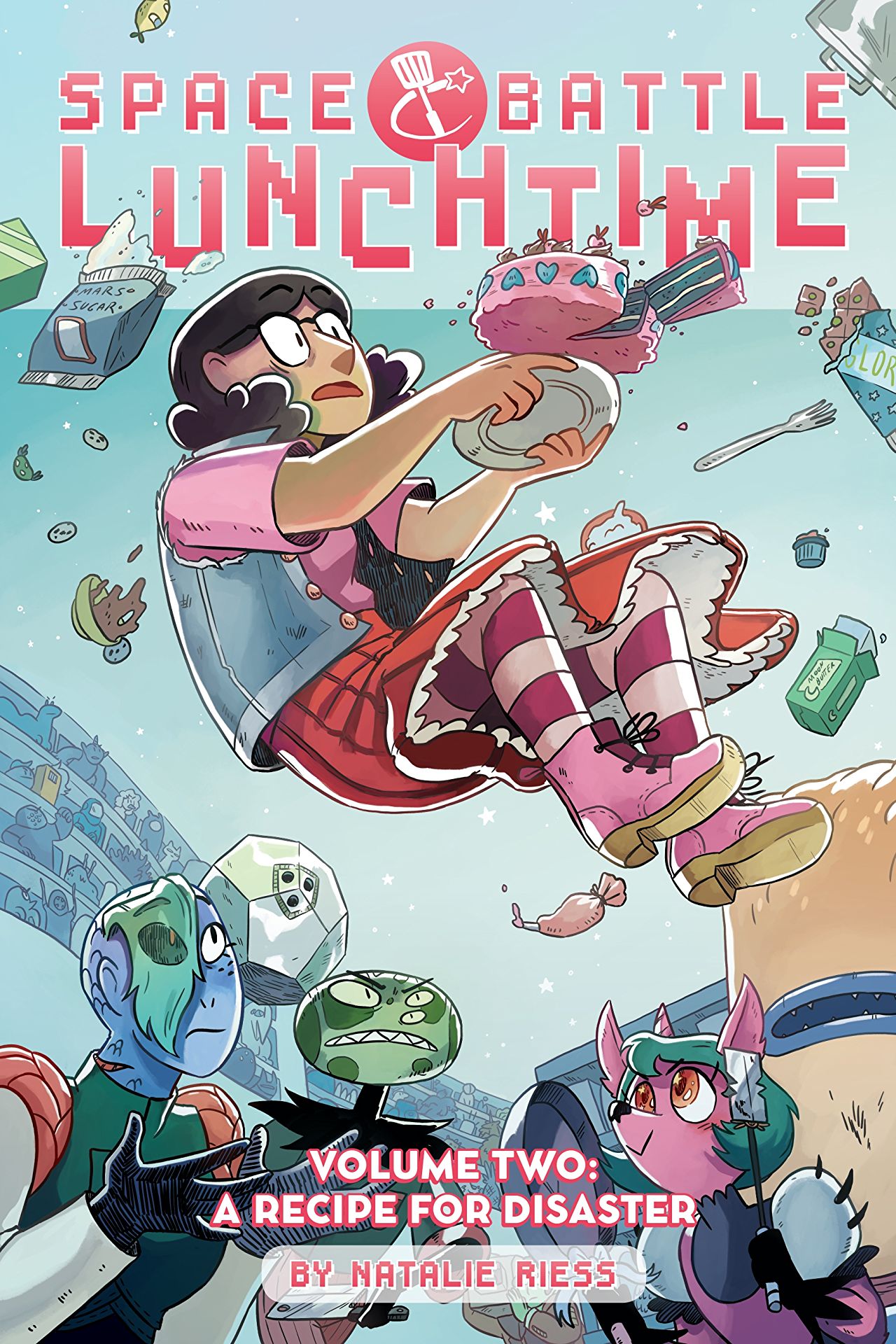 It’s almost time for the season finale of Space Battle Lunchtime, and finalist Peony (the only Earth contestant) is nowhere to be found! That’s because she’s been kidnapped and taken to the set of Space Battle Lunchtime’s biggest rival, Cannibal Coliseum, where chefs compete to cook… each other. Up against some of the most dangerous aliens in the galaxy, will Peony even make it to the end of the show? Stay tuned!