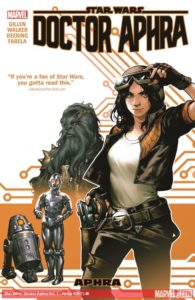 Following her time in the clutches of Darth Vader, Doctor Aphra has barely escaped with her life. If the Dark Lord of the Sith ever learns of her survival, he’ll hunt her to the ends of the galaxy. But for now, it’s time for a return to what she does best. With droids Triple-Zero and BeeTee-One in tow, she’s off in search of rare artifacts from the galactic center to the Outer Rim — and everywhere in between. Aphra’s got debts to pay, after all. Just as long as she can stay one step ahead of the Empire, some bounty hunters…and just about everyone else in the galaxy!

This series spins out of Star Wars: Darth Vader, and exists within the Marvel Star Wars continuity.

Creator Kieron Gillen confirmed that Aphra identifies as a lesbian in an interview with StarWars.com.

“Doctor Aphra is actually Marvel’s riskiest Star Wars project to date. It’s the first series to focus on comic book-specific characters rather than those made famous by the movies and TV series. That also happens to be one of Doctor Aphra’s biggest selling points. The distance from the movies gives Doctor Aphra a greater sense of freedom in terms of tone, style and plot possibilities. And it’s immediately clear that writer Kieron Gillen and artist Kev Walker intend on taking advantage of that freedom.

This new series picks up in the aftermath of Gillen and Salvador Larroca’s recently concluded Darth Vader comic. As far as Vader and the galaxy at large are concerned, Aphra is dead, leaving her free to resume her work as an opportunistic archaeologist. But that’s not to say she doesn’t have her fair share of problems. With Aphra owing massive piles of credits to both a criminal cartel and her “partner,” Black Krrsantan and barely managing to keep a leash on her homicidal droids, her problems have hardly ended with her staged death.” (Source: IGN) 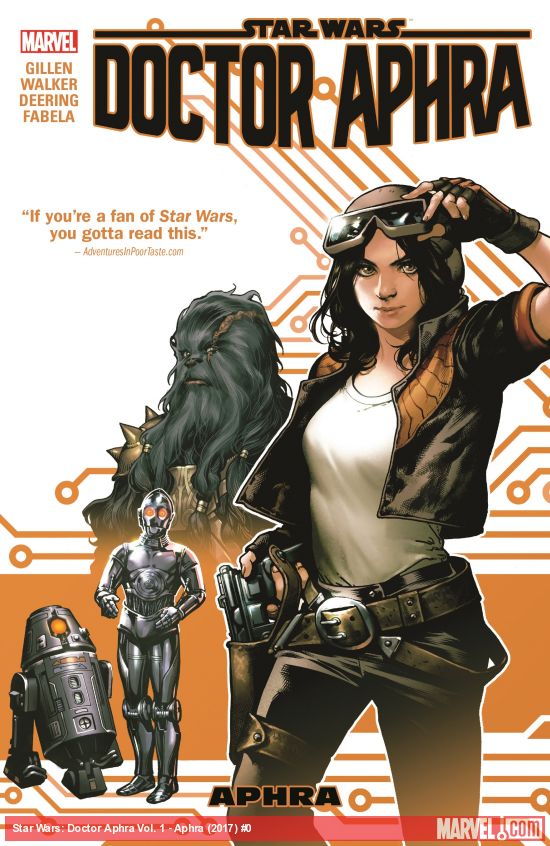 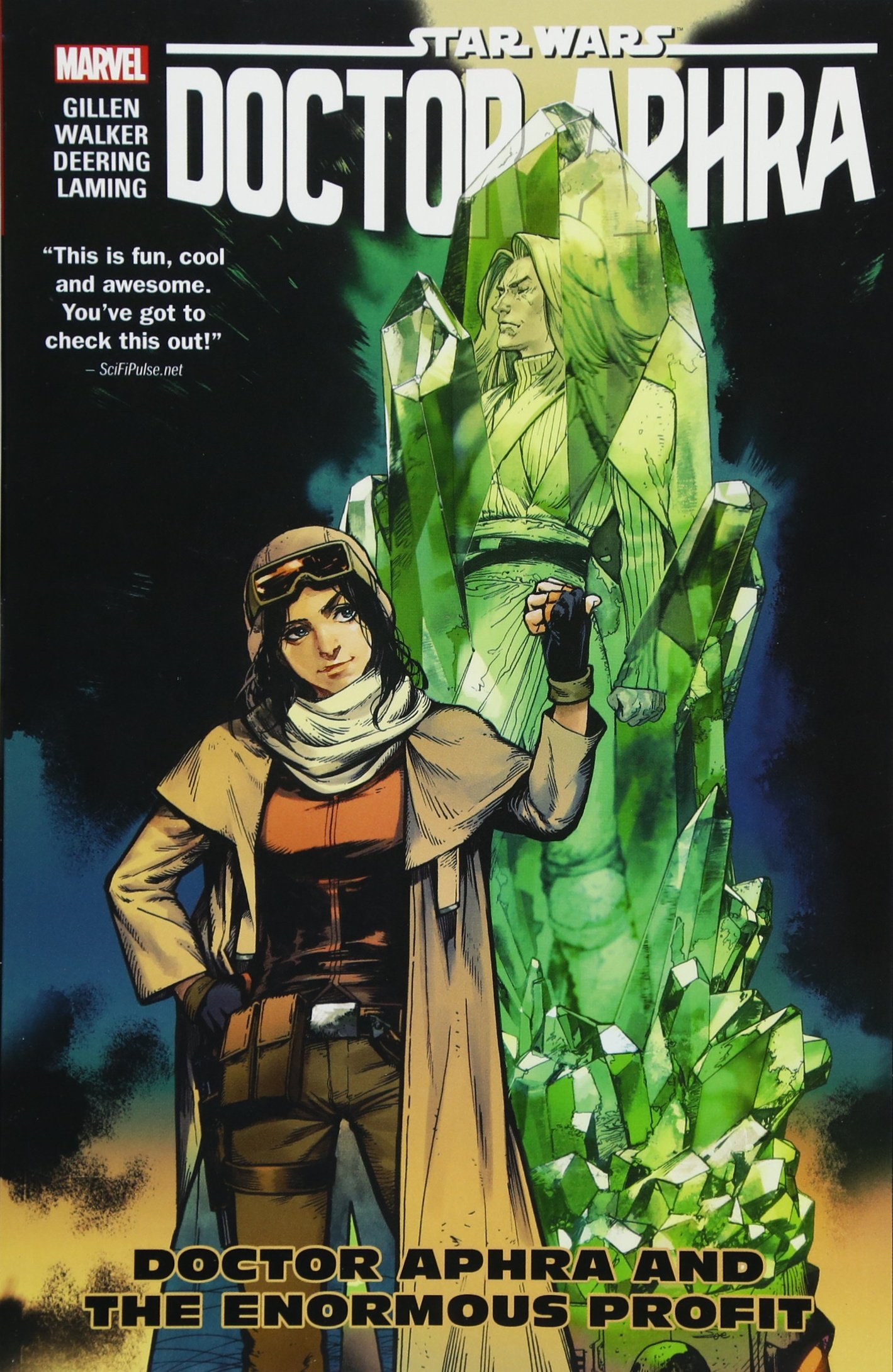 Aphra’s back with a brand-new plan that’s guaranteed to pay! There’s just one teensy problem… it involves surrounding herself with some of the galaxy’s biggest baddies. And they don’t like the not-so-good doctor’s tricks! Her mission to make quick credits by auctioning off an ancient Jedi artifact will start well… and end badly. And that’s just when a dark figure from Aphra’s past decides to make an appearance! Plus, a solo focus on Aphra’s Wookiee shadow, Black Krrsantan! Find out why this beastly bounty hunter is as frightening as they say… and then some! 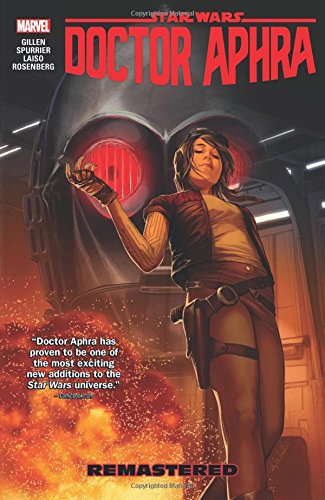 Rogue archaeologist Doctor Aphra jumps to lightspeed and accelerates into the next chapter of her life! The not-so-good Doc is being blackmailed by evil droid mastermind Triple-Zero to run missions for his underground crime syndicate — but that doesn’t mean she can’t cause trouble and have fun along the way! Her latest assignment? Infiltrating a secret Rebellion training center run by General Hera Syndulla. Aphra is used to being in way over her head, but this time she’s not alone! Who else is caught up in her latest misadventure? Let’s hope they’re friendly — otherwise Aphra may have finally bitten off more than she can chew! Hunted by both Hera of the Rebellion and Tolvan of the Empire, Aphra’s got a lot on her mind — but she’s always got a few tricks up her electro-sleeve!