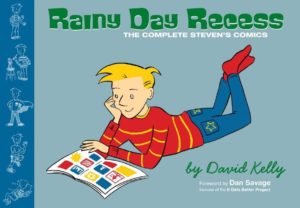 From 1995 to 1998, David Kelly’s “Steven’s Comics” ran in LGBT and alternative newspapers around the country. This comic strip explored the world of a sensitive boy coming of age in the seventies, with all its joys, quirks, and heartbreaks.

Some strips deal with the kids’ troubled home lives, including alcoholic or abusive parents.

“Kelly’s artwork is strong and tells the story well, but it is the story that really sells this comic. Wow, what a conveyance of emotion. Steven is such an easy kid to relate to that your heart breaks for him at times, but you also can admire him for his willingness to just keep on keeping on, as what else is a kid supposed to do?” (Source: CBR)

“The collection meanders a bit, but there are plenty of extras—art, details about the stories, etc.—all tied together by Kelly’s cartoon style, which hints at Lynda Barry, but reads like a more sober Diary of a Wimpy Kid.  Though Kelly’s Xeric grant winning work was originally aimed at gay readers, his story is universal enough to appeal to a wider audience, all of whom will be left wanting to see what he’s working on these days.” (Source: ICv2) 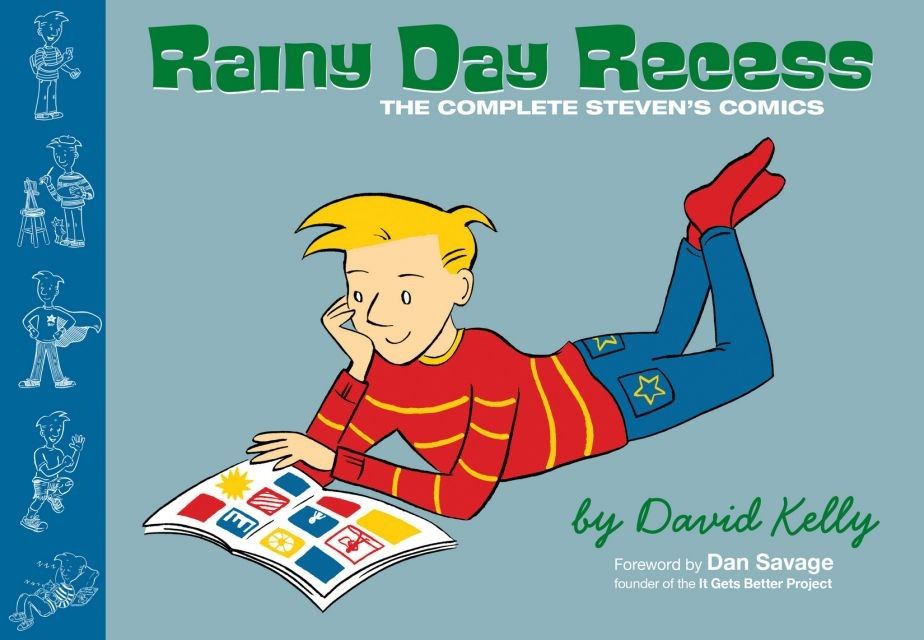 Rainy Day Recess: The Complete Steven’s Comics collects the entire Xeric-Award-winning series in one volume suitable for young adult and adult readers, with additional material created specially for this collection.